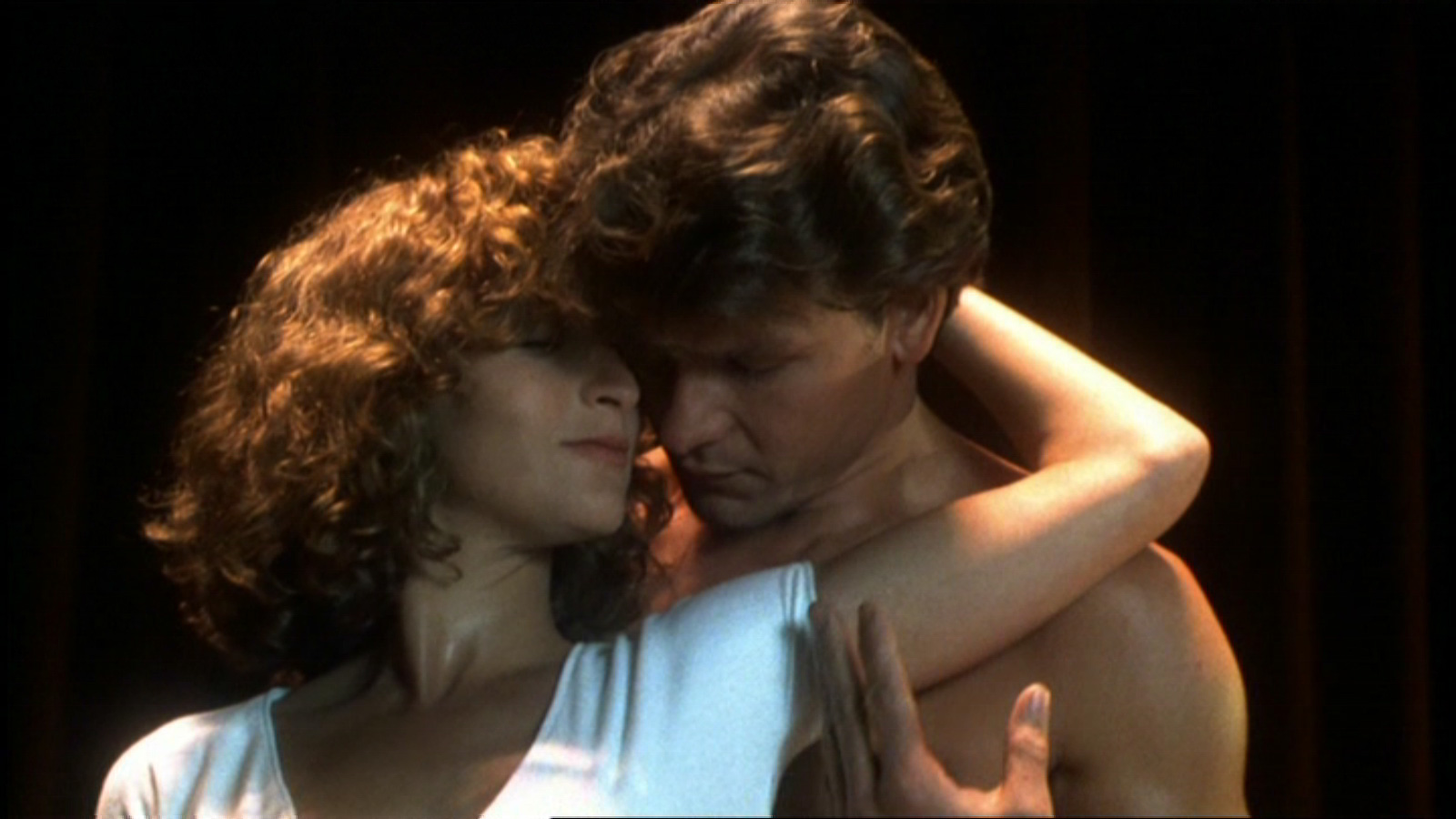 Apparently I’ve learned to love Patrick Swayze, because I’ve recently revisited Ghost and Dirty Dancing and I’ve been blown away both times.  Whoopi was amazing of course, and so was Jennifer Grey, but Swayze has a magic that can’t be defined, and it’s a tragedy that he’s no longer with us.  The Outsiders, Grandview USA, Red Dawn, North and South, Dirty Dancing, Road House, Ghost, Point Break, To Wong Foo, Donnie Darko; he had one hell of a career.  He was at his best when he was a sensitive strong man, an emotional mountain, an example of all the positive parts of masculinity, with so much love underneath the exterior that the handsome outside becomes nothing compared to the beauty within.  That’s how he appeared to us, that’s how he still seems every time we pop in a tape, and that’s a legacy that will live on.  Because of this, and because so many other pieces worked so spectacularly, Dirty Dancing is not just great but reaches an all-time level that may be surprising but can’t be denied.

In 1963, the Houseman family goes on vacation to Kellerman’s, an upper-class resort in upstate New York.  It promises to be two weeks of bingo, charades, fine dining, and a good amount of dance, as the resort hires professionals to teach groups as well as run one-on-one sessions.  It’s less exciting than it sounds, since dance at Kellerman’s is still stuck in the 50s, even if the instructors aren’t.  The youngest Houseman, everyone calls her Baby, is heading off to college in the fall but has yet to experience anything exciting in this world; her family is boring, Jewish, her dad’s a doctor, her whole future is planned, it’s all going well, it’s just so dull.  But then she meets the staff, who have a whole community parallel to that of the guests, and it’s a whole different world.  Even the way they dance is so sexy, so vibrant, so full of life, and Johnny Castle is at the center of it all, this alpha male with the heart of a puppy dog.  When his dance partner gets “in trouble”, Baby steps in to join Johnny in a routine for the area hotels, but also finds herself falling in love with a boy who is definitely from the wrong side of the tracks.

I’m not sure how to put this other than to say I fell for this movie hard.  Sure I’d seen in, it was a common TBS feature, I’ve seen pieces of it a hundred times and probably watched it all the way through at least once or twice.  But perhaps I wasn’t ready, perhaps none of us were, for, while Dirty Dancing might be a bit of a cult classic, I still don’t think it gets the respect it deserves as a downright masterpiece.  The coming-of-age tale, the campground setting, the romance in the air, the struggles with right & wrong, and my god the music and the dance; it’s rare to get things this right.  How they made this a 60s and an 80s movie at the same time I’ll never know, and how they pulled off this amount of dance without coming off as silly is perhaps even more shocking.  The heart of the movie is simply pure; this is love, this is growing up, this is making mistakes, this is falling head over heels, this is learning how to like yourself.  And the little pieces add up too; the soundtrack, the sex appeal, the side characters, the smooth quickness of the pace, the sense of honesty within every little detail.  I might adore Patrick Swayze now, but Jennifer Grey was an absolute star in this film, a perfect vehicle for us to go on this journey with, a naive but well-intentioned little rich girl who had so much to learn.  The chemistry was perfect, the mood was exactly right, the story sweeps us off our feet; Dirty Dancing is really the stuff of legends, no matter how you look at it.