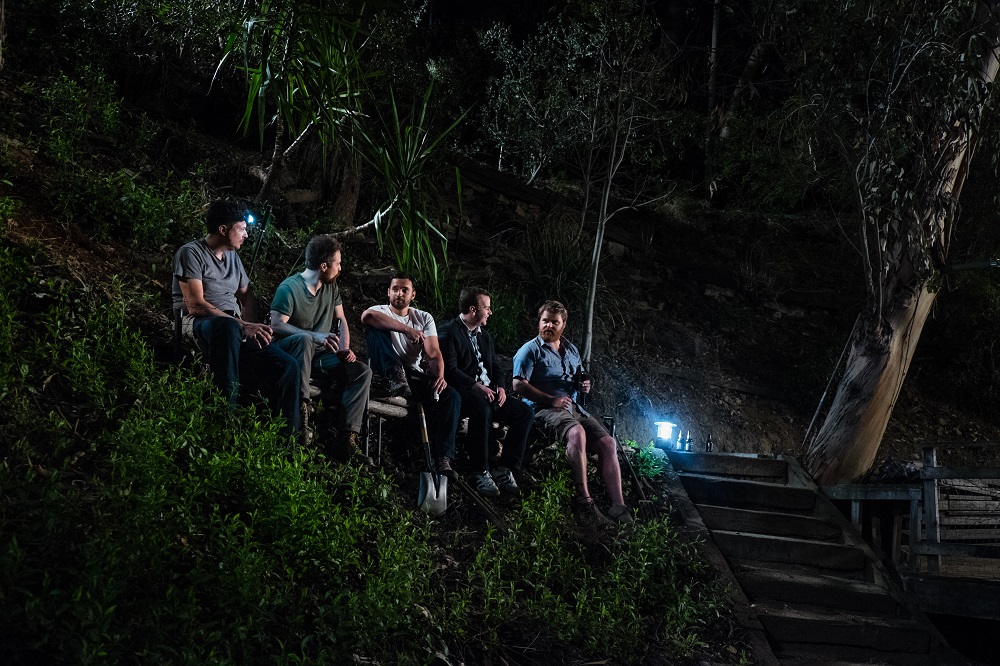 Joe Swanberg is, at the very least, an original director.  His films are unique, and there’s a reason why; they’re made up on the spot.  His method of organic cinema forces his films to be one-of-kind, a style that has won me over.  Drinking Buddies & Happy Christmas; these films are spectacular, filled with honest comedy & feeling that comes too infrequently from Hollywood.  In any given scene, Swanberg has created a goal for his actors; kiss her at the end, have a fight, talk about Steve, etc.  But how they get there is up to the cast, their lines are their own, and they have the freedom to create any atmosphere they want.  That’s a recipe for success in my book, and every Swanberg film I’ve seen so far has been resounding.  At least until now.  Digging for Fire is the weakest Swanberg improv film I’ve seen so far, and for surprisingly obvious reasons.

Tim & Lee are a married couple with a kid, a typical young family who are having a typical problem.  Both are finding their new lives both lovely & difficult, enjoying parenthood immensely but also missing the freedom of their old social lives.  You could call it a crossroads, where perhaps a decision is soon to be made.  House sitting for a client in a rich neighborhood, Tim & Lee see it as a mini vacation to get things back on track.  But when Lee visits her parents for the weekend, the result might be anything but.  She hits the town to grasp at that fleeting youthful feeling once more, while Tim is at home reliving the good old days with his wild friends.  Come Monday, their choices will force them down one of two paths, and either their happy family will survive or it won’t.

The story is a classic one, predictable you might say.  A young couple transitioning, filled with doubts, tempted to stray, needing to make a final decision.  You see the plot’s conclusion a mile away, giving the film a sense of seen-that.  Which is totally contradictory to the organic feeling that the improv is supposed to produce.  Swanberg’s others felt off-the-cuff and as if they could go in any direction, while this one felt wrapped in a box that it would never break free from.  Also, his other films relied on conversation, constant unpredictable dialogue that fueled the action, while this one played with mood far too often, leaving things unsaid in a bad way.  Perhaps that bothered me more because I don’t like Rosemarie DeWitt, and I felt that the movie became more Touchy Feely than Happy Christmas, the former being a film that almost put me to sleep.  Digging for Fire was almost as sleepy, with a simple plot that wasn’t allowed to grow in a way the others did.  And the last thing that bothered me were the cameos.  Swanberg is getting more popular, he added a lot of name actors to this film, but not a single one made an impact.  Orlando Bloom, Sam Elliot, Anna Kendrick, Brie Larson, Judith Light, Ron Livingston, Malanie Lynskey, Chris Messina, Jenny Slate; too many with too little point.  All these little problems amounted to a film that didn’t work for me.  I still enjoyed the style enough to enjoy the movie, but it was a lackluster attempt at the cool Swanberg groove I enjoy.  I hope his next project is a return to the more compact storylines & casts that have worked for him before.