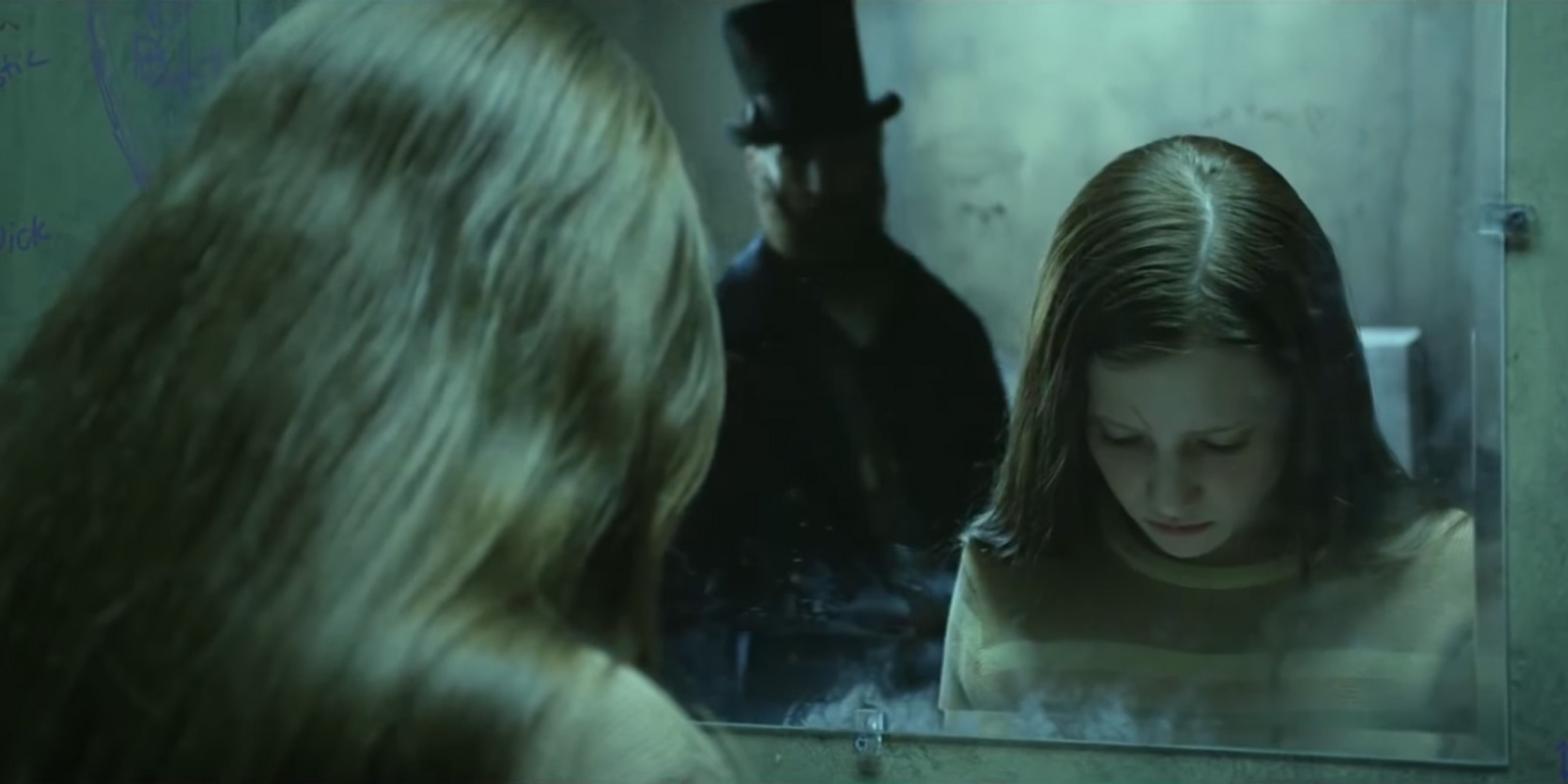 Dig Two Graves is what happens when someone watches Stranger Things and thinks that it would be better with gypsies.  Guess what, it isn’t, Stranger Things: Gypsy Magic Battle Near The Quarry is as stupid as it sounds.  The people who made this movie tricked themselves into thinking that their idea was a good one and that they could convince audiences of the same.  Then they tricked us into paying attention to their fool’s errand with a cool trailer, something that I wish hadn’t hoodwinked me the way it did.  Well, I know better now, and I’m also angry that I spent my time on what amounts to a completely absurd, throwaway horror flick with absolutely no redeeming qualities.

Following WW2, in a sleepy, wooded town, a sheriff and his deputy did a bad thing.  They dumped two bodies in the quarry, kept the secret of their deed for thirty years, but couldn’t stop the guilt and the repercussions from destroying their lives eventually.  Waterhouse is now the sheriff, having relieved his former boss of his badge for his unspeakable crimes, the details of which are revealed to us slowly as events begin to creep up that remind the Sheriff that his role as a bystander was almost as terrible.  His granddaughter, Jake, is visited by a trio of forest-dwellers, who claim to have the ability to bring her dead brother back from the grave, if she will only believe and do as they say, no matter the cost.

The story presented in the trailer caught my attention; an ancient evil, an old secret, a young girl who might do something wicked if it will bring back her family.  The movie had an indie horror feel, but it also looked smartly done.  I regret to inform you that none of that came to fruition; this film is a waste of time.  It doesn’t offer anything new, as I thought it would, instead simply playing back so much that we have seen before without so much as an apology.  The resemblance to Stranger Things was an insult, and they thought that butchering some deer would be enough to convince us that this was something new and uniquely evil.  Dig Two Graves is just another bad attempt at a genre that’s hard to master, and it isn’t worth your 90 minutes.