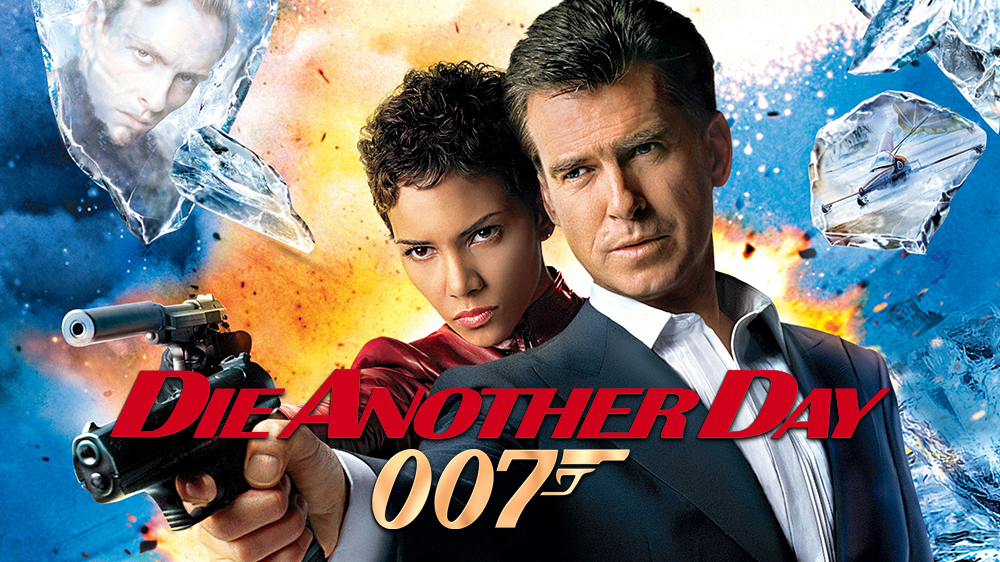 I don’t even think the problem with Brosnan’s Bond films is that they have four different directors; it might be instead that all four completely & independently suck harder than anyone has ever sucked before.  I’m finding it difficult to articulate how sad I am that I rewatched this era of the franchise; it’s depressing how sucky they were, how terribly they were made, how idiotic they must think us if this is all they think we deserve.  We ought to have received better films, they have been made before and they would be made after, this set of movies was just moronically crafted, and that’s too bad.  For a hero we want to love and a franchise we want to support, Brosnan makes is damned hard, and never so bluntly as with Die Another Day, the complete cow pie of the series.

Well James has really done it now; he’s killed the son of a North Korean commander and been taken prisoner for over a year, tortured and neglected until he’s only a shell of a man.  The British government saves him, but now they don’t want him going after his captors or those who may have been involved in the betrayal; like that’s gonna happen, because who can stop him? It looks like diamonds are at the center of the conspiracy, and the rich & eccentric Gustav Graves might be in on the madness somehow as well; he’s loony enough to create a satellite that fires heat beams, he might be dangerous enough to cook up a scheme to take over the world.  Bond teams up with American agent Jinx Johnson, a hellcat who’s not to be taken lightly, but also a lady who’s nice to have around in a jam.  Together they look to take down Gustav, if it means chasing him to the ends of the earth, or dying for a world that doesn’t deserve them.

GoldenEye was at least fun, Tomorrow Never Dies was ludicrous, The World Is Not Enough is a nothing burger, but Die Another Day takes the character we love down a whole new hell tube, and there really was no coming back other than to scrap the entire project and try again fresh after many years had passed.  Pierce Brosnan goes out with a whimper with his last Bond film, completely giving in to all the lunacy that was written around him, setting himself up as the fall guy for one of the biggest mistakes in cinematic history.  I don’t think it would be over-exaggerating to call this one of the worst films ever made; it’s that torturous.  The slo-mo, god the slo-mo; I’m not sure who thought that up but it made the entire thing feel like a joke, a giant, stupid, murderous joke, and one that backfired instantly.  The slo-mo and Halle Berry are the worst parts, but, really, there isn’t anything positive to point to, it’s just that compared to Halle Berry’s acting in this film anything would look good.  She was abysmal, like never-watch-her-again-as-punishment awful, but she wasn’t alone: a giant space laser, an ice hotel, magic cars, fencing, prison camps, hover crafts, Madonna, Rosamund Pike changing into a BDSM outfit for no reason, and numerous other utter failures that should make any director blush.  This is horrid film-making, everyone involved in it should be embarrassed, and I’m so glad I never have to watch Brosnan be Bond ever again; part of my soul has been damaged and no movie-watching experience will ever be the same again.