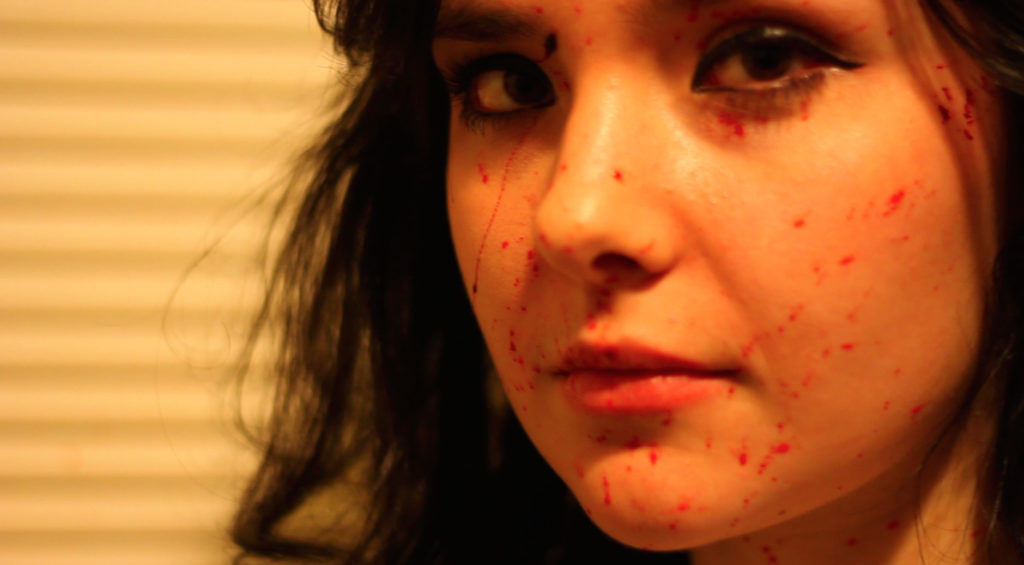 I took a flyer on an unknown horror flick about an unknown premise by an unknown director, and the results were not pretty.  That happens, but I feel strongly that you’ve got to push your film boundaries every once in a while, otherwise not only might you miss a hidden gem, but how can you accurately judge core groups of movies without having watched the outliers?  You’re not always rewarded for your shot in the dark, that’s for sure, but at the very least you saw something unique, and that has to be worth something.  Diana is definitely unique, no doubt about that, but it also isn’t very good, so chalk this up as a bit of ground work rather than a bit of entertainment.

Diana prowls the night hoping to meet lonely singles.  What does she want: sex, companionship, conversation?  Her deeper desires are difficult to discern, but her immediate ones are much more sinister, much for hungry.  Man or woman, it doesn’t matter, and once they’re home with Diana, she does exactly what she wants.  That usually involves a sedative, a bathtub, and some gore, which isn’t a happy ending for the friend she brought for a sleepover.  Her vampiristic/cannibalistic/somethingistic tendencies keep her at a distance from the rest of humanity, when all she really wants is to become close to those who also roam the night.

Low-budget and low-impact, Diana is a double indie version of Under the Skin, a raw look at a deeper subtext with a dark quality that’s pseudo-sexual and definitely spooky.  But while the latter slowly built on a strange sci-fi premise, the former goes nowhere, giving us some handheld footage above a creepy foundation but little else.  There just isn’t much to grab on to, and at the same time too much in common with the film that perhaps inspired it, resulting in something boring & borrowed.  Sometimes you swing and miss, and I’d put Diana in that category; an experimentation of a film but not something that can really be enjoyed by anyone other than the person who made it.