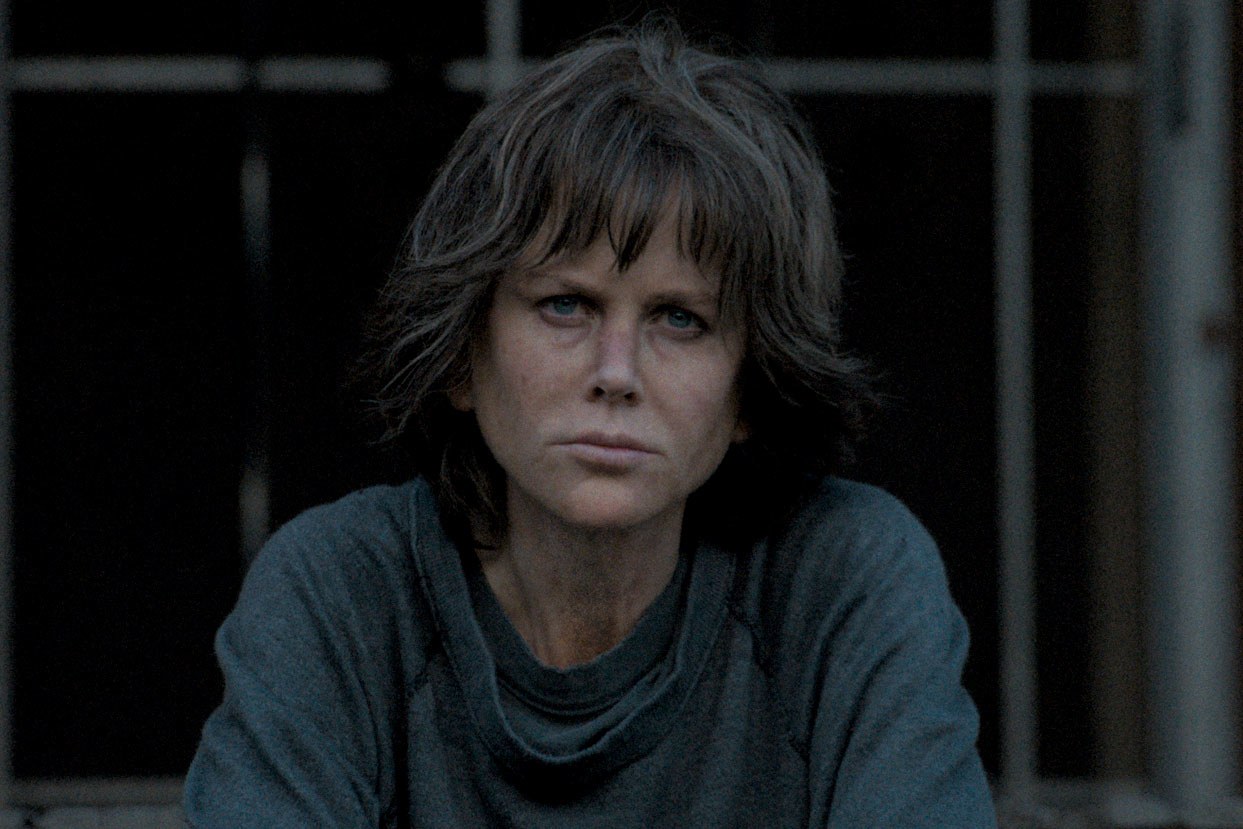 Nicole Kidman’s transformation for Destroyer is being likened, or has been attempted to be likened by the studio, to Charlize Theron’s in Monster, so much so that a large portion of the movie is devoted to close-ups of Kidman’s uglified face to show off just how uglified they were able to make it, aren’t we all just so impressed.  That obvious ploy was so ridiculously featured that the entire film became a mockery of what others have done for their craft in the past, and for that I’ll never be able to like this project as much as, perhaps, I would have otherwise.  But there were other problems too, the film’s reliance on cosmetics wasn’t really its greatest flaw, in the end; it was riddled with bad choices which ultimately led to a movie that could have been so much more than it was.

L.A.’s Detective Bell has had a rough time of it, and it’s not about to get any easier.  Years ago, she and another agent were sent deep undercover to infiltrate a bank-robbing ring, and the relationships they made while imbedded have haunted their days since.  Bell had to stab a lot of people in the back after she pretended to be a hardcore criminal, and the ones that aren’t in prison aren’t too fond of their former mate.  A man named Silas, the leader, has come back all these years later for revenge, leaving Bell a body as a note to announce his arrival.  She’ll have to face her demons, walk through hell, and piss off the members of her former posse one by one to get to Silas and end this once and for all.

I was absolutely into Destroyer for the first half hour; it hooked me good.  Other than my annoyance that they kept zooming in on Kidman’s prosthetics, I was enjoying the story, it was cool to see flashbacks to her past as she tracked down each old buddy one at a time, and I liked where we were headed, it seemed like somewhere special.  But that’s where the excitement stopped, because Kusama didn’t know what to do with the buildup she had created once she created it.  There are two major death scenes that are pivotal to the plot, and they were both thrown away like nothing; a major mistake.  There went all the drama, there went the reason I was watching, because it wasn’t solely for Kidman; she was good but not great.  I was watching because I was curious, and although the twists and turns along the way had me surprised, it wasn’t enough, I needed more talent from the director, and it wasn’t on hand.  Kidman, Stan, McNairy, Maslany, Jordan, Whitford; they all did a fine job, but in tiny chunks, never shining out, because they were never allowed to, and Kebbell was awful, I don’t understand why he was cast, someone failed to do their job on that one.  Destroyer lures you in but never hits you over the head; it just startles you enough to stay partially interested without finishing the deed.