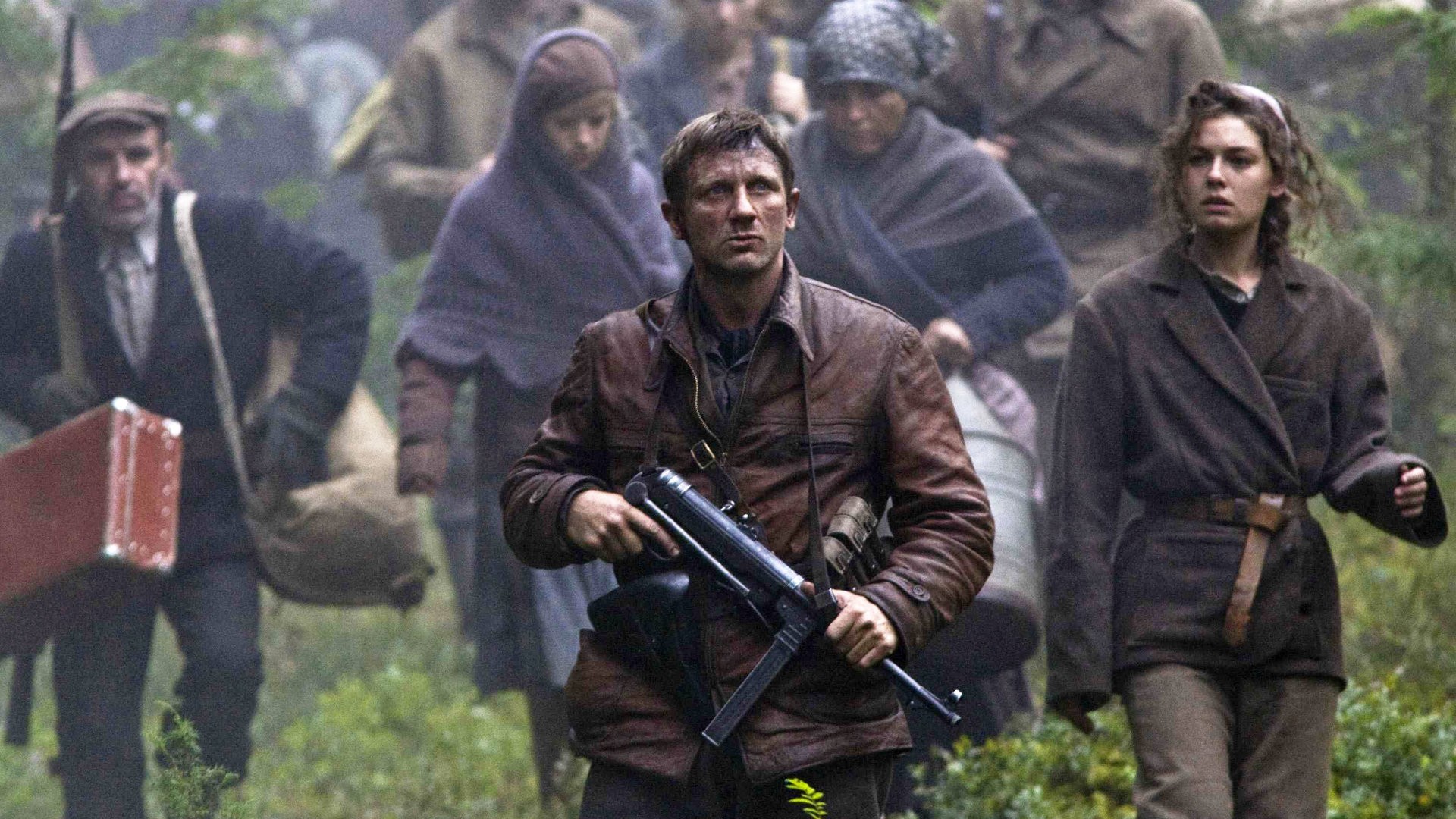 Based on a book and a true story, Defiance is another example of courage in the face of Nazi evil, and the will to survive inherent in us all.  You’d think that we’d have had enough of WWII tales: the drama of the war, the horror of the Holocaust, the soldiers, the guns, the heartbreak, the death.  But I’m of the opinion that we need always remember what happened, to the Jews and others, to the world, and that we owe it to future generations to never forget.  That might sound like a cliche, like “those who don’t learn from history are doomed to repeat it”, but it’s not necessarily that over-dramatic or that complicated; it comes down to trying to remember something awful because it’s the right thing to do.  Defiance might not be the perfect film, it might be largely too Hollywood, but it does keep the message going through the generations, and that’s not a trivial thing.

In the Belarus region in 1941, the Germans began their eastward advancement toward Russia, turning on their ally and opening up an Eastern Front.  In their way and targeted to be eliminated were the Slavic people, many of whm were Jews.  In so many towns, ghettos were formed, families were separated, innocent people were killed, and the Nazi war machine pushed forward.  After losing their parents and their home, the Bielski brothers, Tuvia, Zus, Asael, & Aron, fled to the woods to hide, taking with them other Jews who were on the run.  Soon, a community gathered in the forest, over a thousand strong, with a group of them, led by Tuvia, forming a partisan group to fight against the German invaders.  Survival was hard, death seemed inevitable, but they survived, even loved, and showed that, by living, they would refuse to accept extinction.

2001’s Enemy at the Gates is so much better than Defiance; better music, better acting, better intensity, better all around.  Both are about Russians vs Germans, Jews fighting alongside after their lives have been torn apart, survival against all odds, true stories that need to be told.  But the former works on multiple levels at once, as a piece of fiction and a piece of history, while the latter struggles to keep all its balls in the air while it’s attempting to juggle in very tricky patterns.  Again, it deserves credit just for telling the truth, for teaching us about these men, for showing us their bravery, and that’s worth a lot just on its own.  Then the cinematic part comes into play, and that’s a bit more messy.  The accents are questionable, the action is repetitive, the casting choices are odd, the group is almost too full of names: Craig, Schreiber, Bell, Alexa Davalos, Mark Feuerstein, Jodhi May, Iben Hjejle, George McKay, Mia Wasikowska, Sam Spruell.  In the end, this is a film that had a purpose, works fine on that level, but won’t ever be able to stand up on its own, because it’s simply too flimsily built.