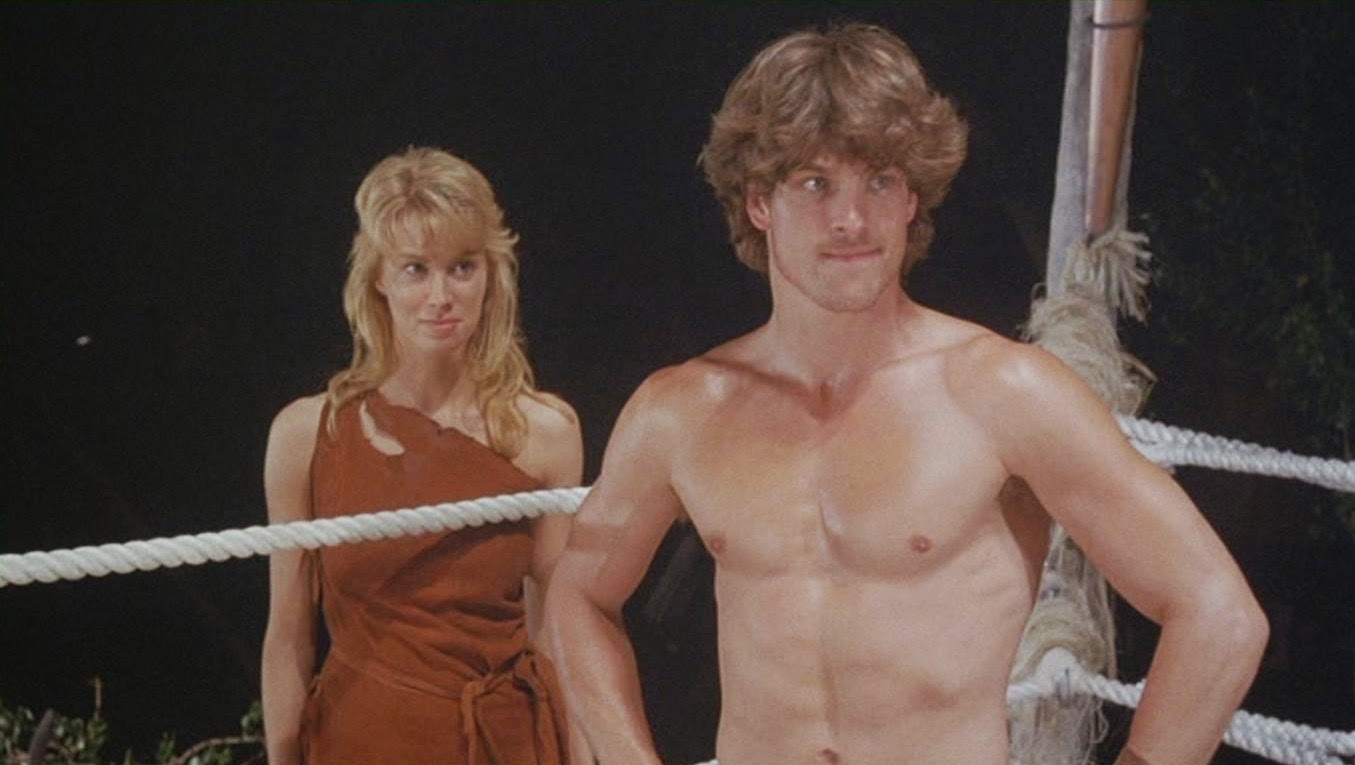 Deathstalker is one of the better ridiculous 80s fantasy movies, it has since become a cult classic, but I might have to start a campaign to champion its offspring, Deathstalker II, which is almost as good as its daddy.  These films simply know how to find the amusement within a silly subset, how to entertain while poking fun at themselves, their contemporaries, us, cinema; basically, anything goes.  Some still manage to do the style completely wrong, perhaps it’s harder than it seems, but not Deathstalker Dos; it knows what it’s doing, does it well, and leaves audiences with smiles on their faces.  Success made simple.

This is not 4-years-ago’s Deathstalker; this is a new brand of hero.  DS is a clever thief, smooth with the ladies, and as infamous as he is handsome.  He falls into an extra heap of trouble, however, when he steals from the wrong person; the evil Sultana.  She wants his head, and while on the run he meets the lovely Reena, who swears she can see his fortune, and that it’s filled with glory.  It just so happens that the glory comes after he helps her regain her stolen kingdom, where she was usurped by the crafty wizard Jarek, who made a copy of Reena to sit on the vacated throne.  Deathstalker must face many perils and defeat many bad guys, but he’s sure to find himself in many warm beds with many wild woman along the way.

Jim Wynorski also directed Chopping Mall, which also starred John Terlesky.  And Maria Socas also starred in The Warrior and the Sorceress, so that’s cool, and it’s all tied together and it’s all for laughs, so enjoy a bonkers 80s blitz and don’t try too hard to outsmart your own entertainment.  Wynorski has a heck of a filmography: The Lost Empire, Chopping Mall, Death Stalker II, The Return of Swamp Thing, The Haunting of Morella, Munchie, Dinosaur Island, Gila.  He’s a b-movie legend, and Deathstalker II is a strong addition to that case.  It’s funny, it’s flippant, it’s self-deprecating, it checks all the boxes of the genre, and it does well what is much harder to do than it would look.  Plus Monique Gabrielle is an icon, and, really, so is Deathstalker; the man, the myth, the laughable legend.