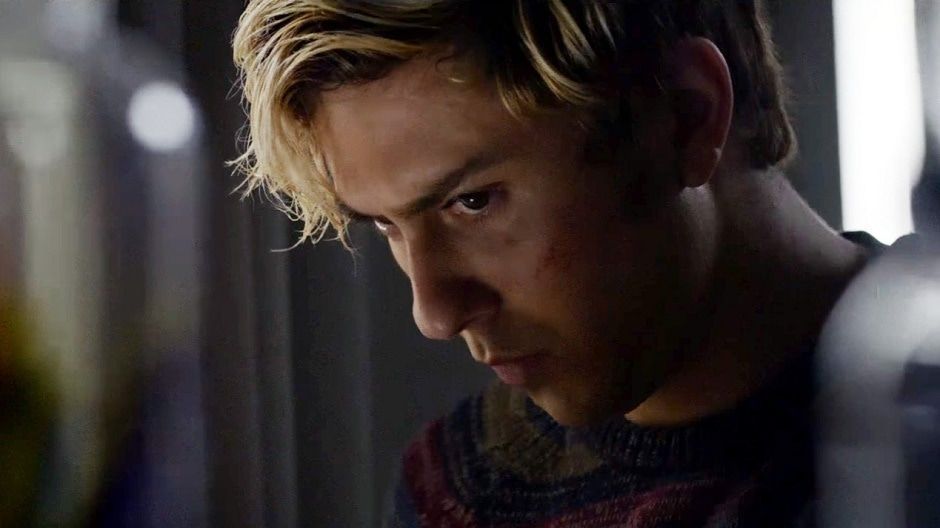 The latest film to move to the top of the white-washing backlash list is Death Note, an American remake of the popular Japanese animated series.  It seems that there is always one project in the news that took its idea from Asia, recast the characters as white, and so has been designated to receive the ire of culturally sensitive fans.  I don’t have a firm stance on the issue, I guess filmmakers can re-do movies from any place on Earth and cast whoever they want in the roles, but ignoring an original story’s base and origin just doesn’t seem like a smart move to me.  It alienates fans, creates negative buzz, and people prepare themselves to dislike your project.  So here’s a thought; how about coming up with a new plot yourself instead of stealing one from another country?  In order to avoid dealing with any negatives protests, make an original film that is also good.  Death Note is neither, which is the problem.

High school student Light Turner isn’t having an easy time coming of age.  His mother died in an avoidable accident in which the rich, guilty man got off completely free.  His father is an emotionless cop who doesn’t understand his intelligent son.  And the other kids at school view him as someone to pay if you want your homework done for you, not as a singular personality who could use a friend.  But all this is about to change when Light finds a strange book, dropped from the sky, with the title ‘Death Note’ emblazoned on the cover.  When Light writes a name on one of the pages, that person dies, and he can even decide how and when.  He wants to use his powers for good, for getting rid of any scum who might have escaped justice, and a kindred spirit from school named Mia joins him as an accomplice, and soon as a girlfriend.  But that much power corrupts quickly, and the death demon who works the magic of the book soon becomes thirsty for more blood.

A cross between Idle Hands and Final Destination, Death Note resembles bad Y2K flicks more than it does the critically-acclaimed anime series that it was supposed to mirror.  I haven’t seen the original series, but this movie has got to be a slap in the face to those who have.  It’s almost too stupid to describe properly, like something you have to see to believe.  It starts out well enough, with Light finding the book, meeting the demon, testing his powers, and convincing Mia to join his side.  But that all happens almost instantaneously, and the rest is almost vertically downhill.  The story goes wild, the world believing that a god-like force is killing the wicked, Light using the internet to basically decide the future of the planet.  It’s insane, and then Lakeith Stanfield shows up, and it gets worse.  His character ‘L’ is one of the dumbest on-screen personas I’ve ever had the displeasure to watch.  His acting, his mannerisms, how the film doesn’t prepare you for him to enter the story, how his background is described like a 5-year-old would create the origin of a pretend villain they made up on the spot; holy shit.  It gets worse & worse as it barrels along, like someone forgot they were making a movie that actual people would see.  Death Note is a disaster, in so many more ways than one, and you should leave it the hell alone the next time you turn on Netflix.