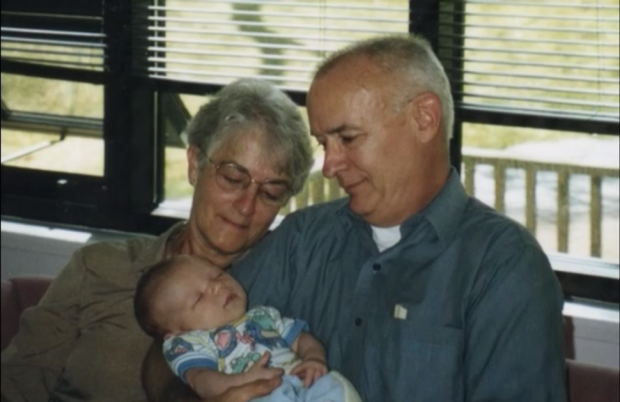 This is going to be a difficult review to write, given the subject matter of this heart-breaking documentary, but I think it’s fine to stay objective as a critic and to be emotional as a viewer, those two things don’t have to be separated completely, I am able to experience this film while wearing more than one hat.  Dear Zachary had been on my list for years, but I finally watched it when it kept popping up in a conversation about movies that make you cry, mine being About Time; that scene when he’s young, with his dad, on the beach, wow.  I didn’t want to cry necessarily, but I did want to see why this film weighed so heavy on the hearts of so many, and I now understand that clearly.  It’s as horrible a real tragedy as you could ever put on screen, but at the same time a story told with such incredible love that you simply have to see it.

Andrew Bagby was everyone’s best friend.  Wherever he went, he became a part of the lives of all the people he met like a family member they had always adored.  And with his own family, he was something larger than life, a companion that you wanted to be by your side forever.  Anyone who met him could feel the love coming off of him in waves, his infectious comedy making him the life of any party.  And then he was murdered by a spurned girlfriend, a woman who fled the United States, fought her extradition, and then made the most shocking announcement possible; that she was pregnant with Andrew’s baby.  This is the story of the murder of an innocent man, the fight for the safety of his child, the trial to send that child’s mother to jail, and the gathering off all Andrew’s memories in one place, so that someday they could be given to Zachary, the son he never met.

‘Heart-breaking’ doesn’t even begin to describe this true story, nor does that summary touch all the terrible events depicted here.  It’s a tragedy beyond coming to terms with, and the fight for justice continues to this day, a never-ending war in the name of Andrew Bagby and a child who had no choice about his future.  I’m not even sure I can recommend this film, as much as I’ll rate it highly; it’s too painful and too real, I wouldn’t wish that upon anyone, but at the same time I desperately want you to see it so that you might understand.  The message here is powerful, and the delivery extremely personal; Kurt Kuenne was Andrew’s best friend, and he set about making this documentary to keep his memory alive, and to tell his son the truth.  I can’t say that the actual filmmaking was spectacular; it’s a bit amateur and a bit frantic.  But this isn’t an unbiased opinion piece, this isn’t an exposé of a hidden war crime, this is raw emotion coming from a friend, and a film that unabashedly shows how the parents of a murdered man feel in the aftermath, with no excuses given, and with the extra insanity of sharing a child with the woman who killed their son.  I doubt anyone can make it through Dear Zachary without a tear shed or a gut wrenched, but that’s simply too small to matter; we need to hear this anyway.