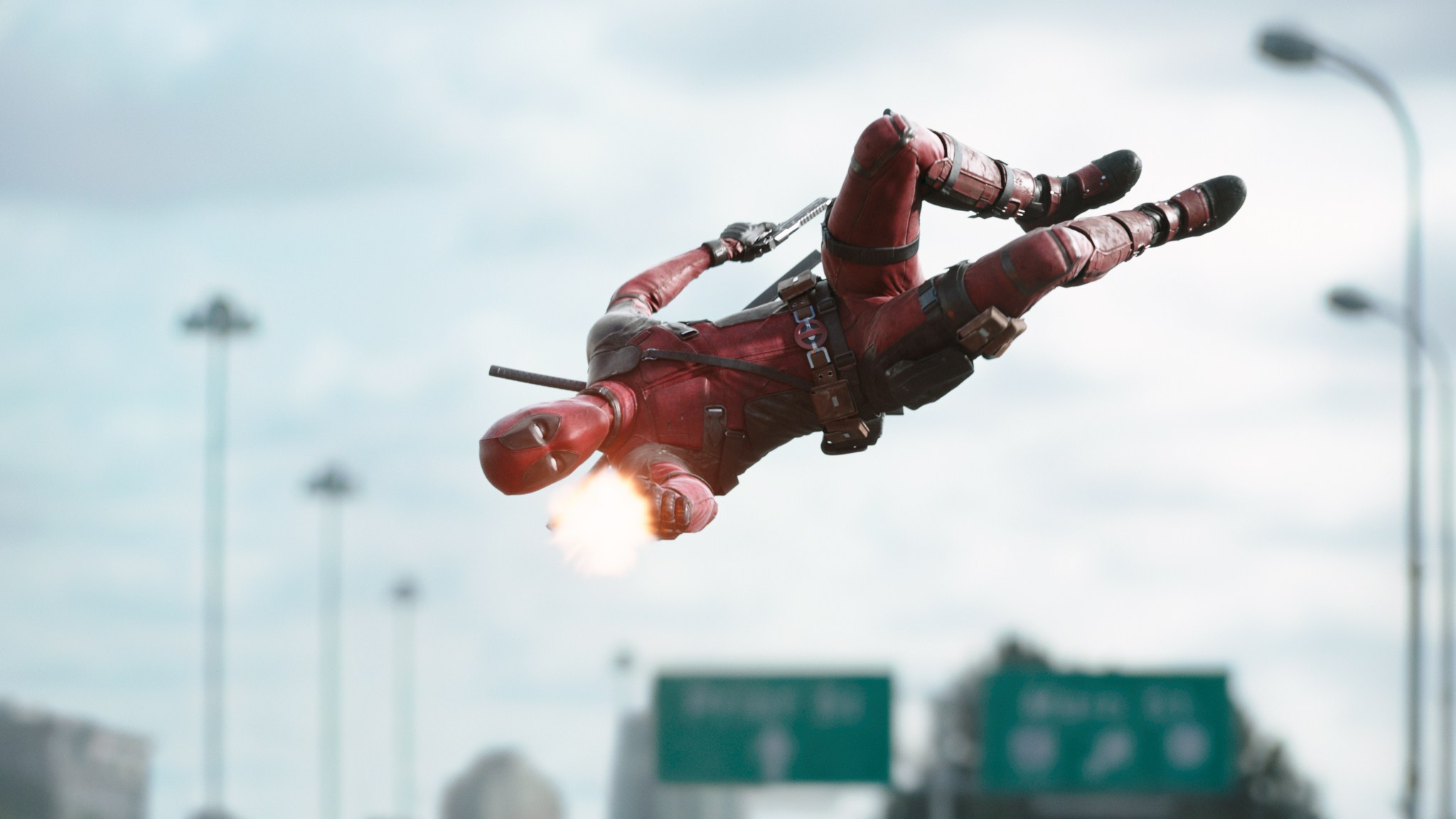 An R-rated comic book movie?  You must be joking.  Comic books come to life in only one way; PG-13 action/adventure with cheesy jokes, false bravado, and the worst acting that could possibly be found.  You take a bunch of celebrities, force them to fit into established roles, dye their hair if need be, spend $100 million, throw together a script, load the screen with CGI, and watch the money roll in.  The Avengers Universe has used that recipe ad naseum, and it’s worked, there are a hundred new Marvel movies on the way to theatres right now.  But one offshoot dared to be different, to take the standards and turn them on their heads, much like the original comic did in the first place.  Stan Lee cameos as a strip club DJ instead of his typical wise old man, which tells you all you need to know about the direction this rebel film took.  And although the money is as huge as usual, it was fairly unexpected, as what the result; an actual quality film.

Meet Wade, the comedian of the underworld.  Not Hell, but the slums, the black market, the criminal underbelly of his city.  He’s a mercenary for hire with the skills to kill/threaten/maim whoever he wants; being ex-special forces has its perks.  But he does it all with a humor that covers over a tough life & tough skin, allowing him to get by without giving too much of himself.  That all changes when he meets Vanessa, a girl whose crazy matches his own.  Wade falls in love and finds himself becoming sappy, albeit sappy with a side of kinky.  It’s not until he finds out that he has cancer that Wade questions his new-found luck, finally understanding that life sucks.  In order to save his mortal body, Wade leaves Vanessa and undergoes a radical treatment that is meant to engage dormant mutation, basically forcing him to heal himself & gain super powers.  Afterward, will he join the X-Men and their fight for good, become a killer for the evil of the world, or go rouge and kill anyone who ever messed with the man now called Deadpool? This film had the balls to be different and it paid off.  Deadpool had the highest grossing opening weekend of any R-rated movie in history, blowing out The Matrix Reloaded, which I would never have guessed was so popular when it was first released.  This film though, how could you not expect big results after the surge of excitement that was apparent on social media in the weeks before its release.  It seemed like everyone was talking about Deadpool, and now it looks like they were justified in their enthusiasm.  Not only was it audacious enough to be R-rated and to push the boundaries, but it gave us a comic book story unlike those we typically read and delivered it in a format we don’t typically see.  Sex & violence & strippers & brain pulp & cuttings offs of your own hands; this movie held nothing back, and the result was perhaps the best live-action comic book movie we’ve seen in years, aside from Guardians of the Galaxy.

Give credit to Ryan Reynolds for making a success out of a dicey project; no other actor on the face of the planet would have done.  He embodied the character completely, combined sarcasm & grade school insults to perfection, was likeable, supportable, & enjoyable despite being a bit of an asshole.  Without him (a guy who has done questionable work in the past, including Green Lantern, which was hilariously referenced in this film), the whole thing would have collapsed and we would not all be raving about this film.  As it is, we’ll probably see a rash of R-rated comic book movies in the years to come; Deadpool 2 complete with Cable is already in the works.  Those X-Men connections are integral, give the film context, and act as a live example to how this style (included breaking the fourth wall, violently killing people, and talking about anal sex) if different from anything we’ve seen before.  The only drawbacks are the reversion to 10-year-old boy jokes, which start to get a little old by the end, and the use of the typical strength-against-strength punching back & forth that none of us like in these movies but which dominated the end of this one a little too much.  Other than that, Deadpool is hilarious, refreshing, shocking, clever, and an overall ground-breaking must-see.