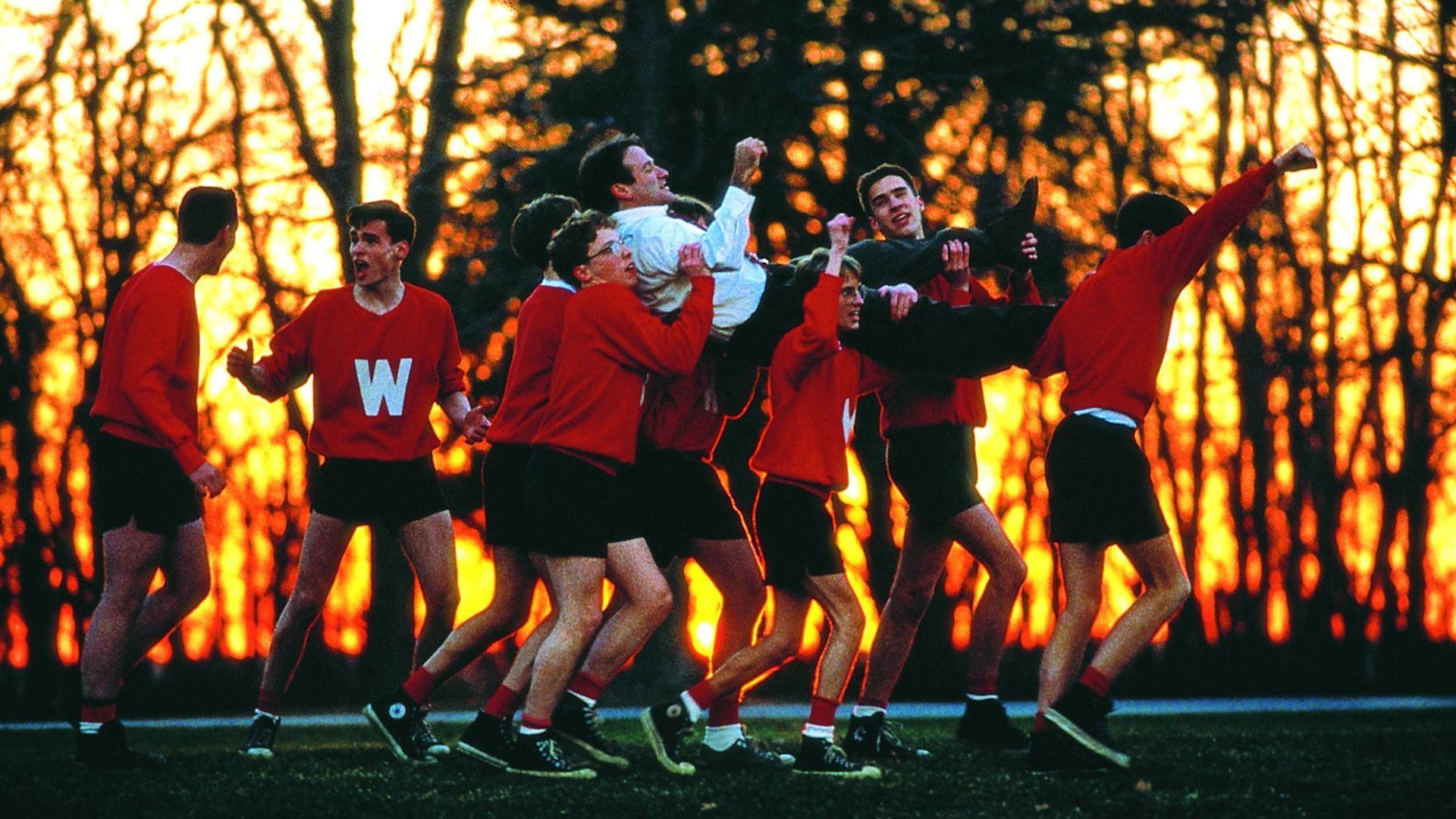 My high school teachers must have either longed to make a significant impact like the teacher in this film, or perhaps simply thought that this story was well worth sharing with their students, because I watched Dead Poets Society multiple times in multiple classes, as a fragile message was attempted to be forcibly delivered to us.  Not that I minded; apart from always enjoying watching movies in class instead of doing actual work, I just liked movies, and I especially loved this one.  I don’t know if there are teenagers who watched this film in the 90s and weren’t affected by it, but I don’t really know any; Dead Poets Society is a story that resonates with the young because they all want their lives to be extraordinary, and here’s a time that someone said it was possible.

At Welton Academy, young men learn to be pillars of the working world, setting their paths to Harvard or to Yale in order to become doctors, lawyers, bankers, businessmen, and proud upstanding fathers.  At least that’s what the parents and the teachers are imagining for the young lads; the boys themselves are a little more distracted.  Girls, cigarettes, nicknames, small infractions; Welton becomes Helton when the doors are closed and the kids are allowed to be just that.  At the start of a new term, a new English teacher causes a stir, mostly because of his unorthodox methods.  Mr. Keating believes in thinking for yourself, in reaching for dreams, in finding the beauty in a poem and letting that beauty out into the world.  He teaches the boys of his class to be more than cogs in the works, to find what makes them truly happy, and to grab it with both hands.

What a lovely story, a heart-breaking story, one which if you don’t at least choke up multiple times throughout your soul might be frozen solid.  It’s a beautiful film full of hope and dreams, of looking beyond the every day into the marrow of life, even if what you go through to get there isn’t perfectly pleasant.  I understand why teachers want to show this to kids; it’s important to be reminded that not all adults think that all kids should simply shuffle along, go to college, enter the working world, stay in line, move to Florida, and die.  I’m glad I was shown this movie, because it means something to me, and I still love it all these years later.  Peter Weir, who I’ve mentioned before in other reviews, is an unsung genius who only makes magic, and should be more recognized than he is.  Robin Williams, who plays Mr. Keating, could not have been more perfect for the part, and watching this movie now only makes his recent death that much more tragic.  The boys aren’t standouts, other than Ethan Hawke, but they all fit so well in this ensemble, combining with the music and the scenery and the time period so phenomenally, joining together to create something truly remarkable.  Dead Poets Society should be near the top of most lists; it’s what a drama should illicit in audiences, it’s what powerful truths should do to our hearts.