Movie Review – Dawn of the Dead 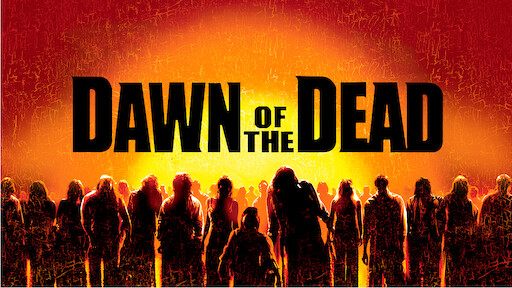 Movie Review – Dawn of the Dead

One of the best zombie movies of the past 25 years, Dawn of the Dead is a classic throwback and a modern gore fest, a real breath of fresh air in an otherwise stale genre.  Zack Snyder is a polarizing director, he’s had his ups & downs, and will always have his fans & haters, but he kept this film simple & relatively clean, leading to something that worked perhaps even surprisingly well.  No zombie flick is a movie made for everyone, but maybe this one is as close as you can get to a crowd-pleaser and a real nice gem.

In a Midwest town, an outbreak of the undead turns every human against one another, as flesh-eaters roam the streets and the temporarily alive flee for what’s left of their time remaining.  A small group gather in the relative safety of a multi-floor shopping mall, taking refuge high up and barred away, where there are plenty of supplies and places to bed down.  Among them are a nurse and a police officer, who try to fight for order within the tiny society but are buffeted by three security guards who think they run the show.  Danger within, death outside; life just got almost impossible.

Dawn of the Dead works for a lot of reasons; it has a classic feel, it has modern blood, it’s mostly set in one location, it has personable actors, and it’s, at its core, about people.  All these things and more combine to make a cool genre flick but also a pretty good film, one about how humans react to bad situations and to one another, while also being about just shooting zombie brains.  It could have gone deeper, it should have done that at the same time as being sexier and even more gritty, but hey, this was Snyder’s first feature, it took him some time to get things right, and he still doesn’t always.  But we are lucky to have such a nice piece of horror entertainment, even one that’s not perfect.