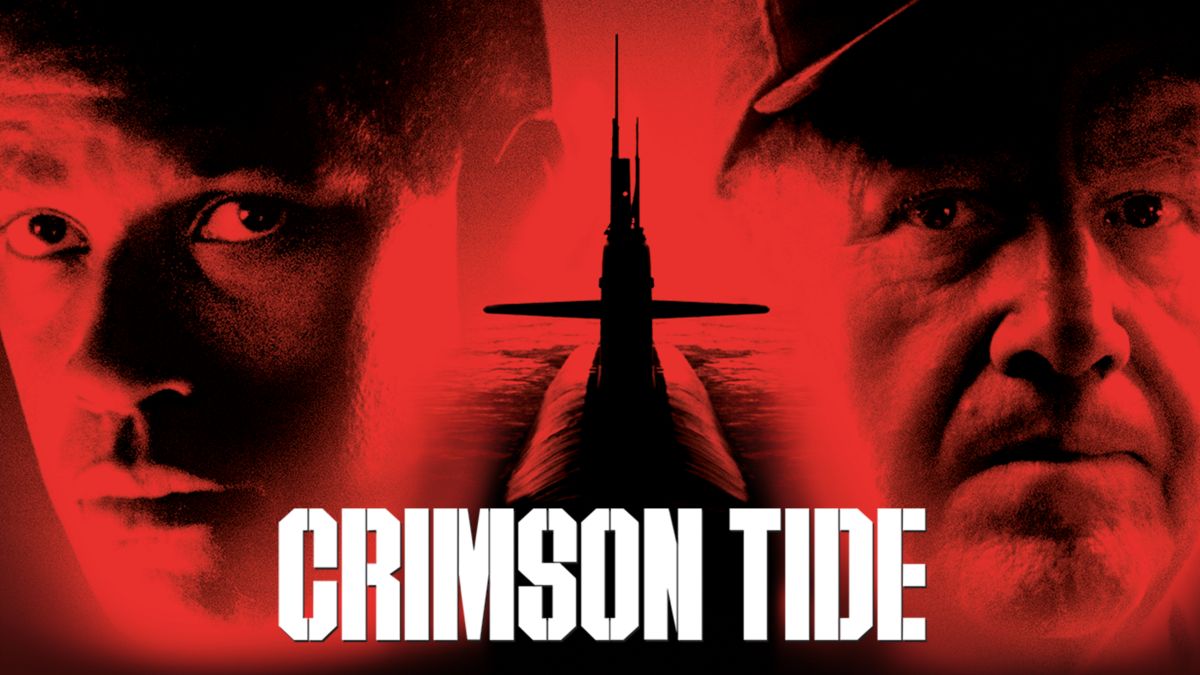 One of the best action movies ever crafted, definitely the best submarine flick ever produced, Crimson Tide is war drama like we’ve rarely ever seen it before, helmed by a cast that we for sure have never seen the like of since.  Heck, 1995 was a stellar year for film (Braveheart, Babe, Apollo 13, Sense and Sensibility, Toy Story, Pocahontas, Dead Man Walking, Leaving Las Vegas, The Usual Suspects, Mighty Aphrodite, Nixon, Se7en, 12 Monkeys, Casino, Rob Roy, Mr Holland’s Opus), with this action/adventure slammed right in the middle, holding its weight among the big boys.  Even all these years later, the acting and the intensity of this film are unmatched, and we are lucky to be able to continue to watch it.

With war brewing between Russia and the rebels who want its military, with Allied forces watching closely, and with the world holding its collective breath, an American nuclear submarine is launched to ready itself for the possibility of a third World War.  On board the Alabama, two men hold vast amounts of power, and extremely deadly weapons, in the palms of their hands.  Ramsey, the captain, is a hothead who is ready to fire nuclear weapons, while Hunter, the first officer, is more reserved and wants to know all the angles.  When a jumbled message leaves doubt as to their next move, the two men vie for power over the boat in what could be a fight for the survival of the planet.

Perhaps the only bad thing you can say about Crimson Tide is that it’s a bit repetitive, a little overzealous when it comes to the super important messages and the super dangerous enemy subs and the super machismo angst going on at any given second.  You could point to those things, and maybe they are a tad energetic, but the rest of the film is damn near perfect, which is exactly why we love it.  This film has everything; high anxiety, war pressure, underwater drama, alpha dog attitudes, military might, and excitement around every corner.  It also has one hell of a cast: Washington, Hackman, Mortensen, James Gandolfini, Steve Zahn, Ricky Scchroder, Ryan Phillippe, Gus from Basic Instinct, Fabrizio from Titanic, Calogero from Bronx Tale.  It really is magic, led by two incredible displays of talent from Denzel & Gene, two masters of their craft going head to head.  Also, there’s nothing lost watching it 27 years later, which is an impressive feat, and cements Crimson Tide as the legend we knew it would be.