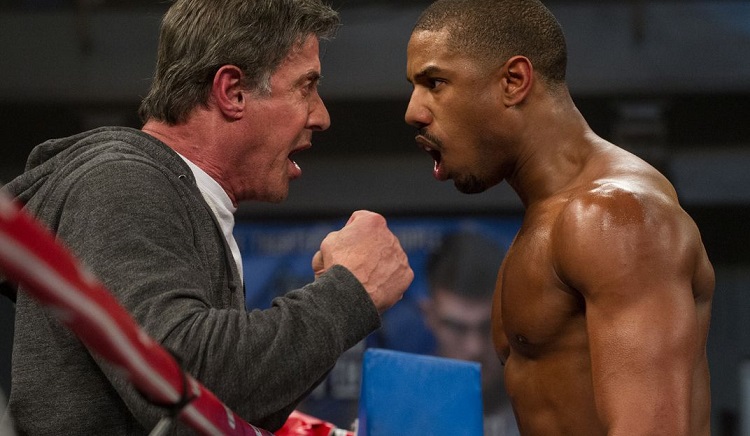 A wealth of credit should be distributed around to the cast & crew of Creed for elevating what should have been a simple boxing movie into the rarefied air of Oscar conversation.  Director Ryan Coogler (Fruitvale Station) for bringing a realistically modern vibe to the film, Michael B. Jordan (Fantastic Four) for putting that disaster behind him, Sylvester Stallone (Rocky) for reviving the role that made his career, and Tessa Thompson (Selma) for making the standard girlfriend character something stronger than we’re used to seeing.  But despite these wonderful pieces, the majority of the credit needs to go to the back story, to the Balboa/Apollo legend that fuels this plot.  Without it, Creed would have become a fine passionate boxer flick on level with Southpaw; strong but not special.  But with Rocky behind it to bolster its credibility, this film became something a bit more; a reminder of something we loved, a revitalization of a legacy we had forgotten, and perhaps the best in the franchise since the original.

Young Adonis Johnson is struggling with the truths of his life: that his mother died, that he jumps from group homes to juvenile detention centers, that his father died before he was born, that his father was married to another woman, and that his father was legendary boxer Apollo Creed.  His anger & his insecurity keep Adonis fighting, for respect mostly, but also for vindication.  As a boy, Adonis was adopted by the wife of his father, Mary Anne Creed, who inexplicably loves & cares for the bastard child of her deceased husband.  Becoming wealthy & educated doesn’t change who Adonis is inside though; a fighter who will always have boxing in his blood.  And so he leaves his comfortable L.A. existence to travel to Philadelphia is search of his father’s old friend, Rocky Balboa.  Adonis wants Rocky to train him to be a real fighter, though Rocky is too old to be training anyone these days.  A deep relationship forms between the two men, leading them on an adventure through which they will both have to struggle to survive. We begin with Coogler, who made a movie about a young black man without forcing him to sound like a young white man.  The audacity, I know, to make a movie in which the actor speaks as that character would speak, but without falling off the edge into ghetto stereotypes.  Coogler gave the film a perfectly modern feeling that made each moment seem that much more realistic, while also being refreshingly honest with the dialogue, vernacular, and mood.  So, hats off, and keep pumping out the hits please.  Of course, the actor in question is Michael B. Jordan, who could not have been more solid as Adonis.  He was real, insecure, pained, vulnerable at times, tough when it was called for, and always authentic.  He played well off of Phylicia Rashad, who played his adoptive mother, off of Tessa Thompson, who played his budding love, and especially off of Sly Stallone, who should seriously be considered for a Best Supporting Actor Academy Award.

Stallone was fantastic, falling right back into the role that put his name into households across America.  Rocky is his baby, his creation, and he was comfortable in this role is a way that we don’t see from him in literally anything else.  The voice was back, the little quirky comments, the pet turtle, the big heart.  Everything we loved from that character over the course of half a dozen movies was back for our viewing pleasure, and I think audiences everywhere will appreciate the return.  Creed in more ways than one was exactly that, a return to the story we loved, when the franchise had been sliding away from its foundation for decades.  Adonis was a representation of both Apollo & Rocky, the son of one, but the son of the other as well, with bonds that are built on shared experience as much as shared history.  Creed is a boxing movie that never tries to surpass Rocky, but rather honor it, while somehow creating its very own niche and delighting us with a genuine love for the genre, a win in every way.