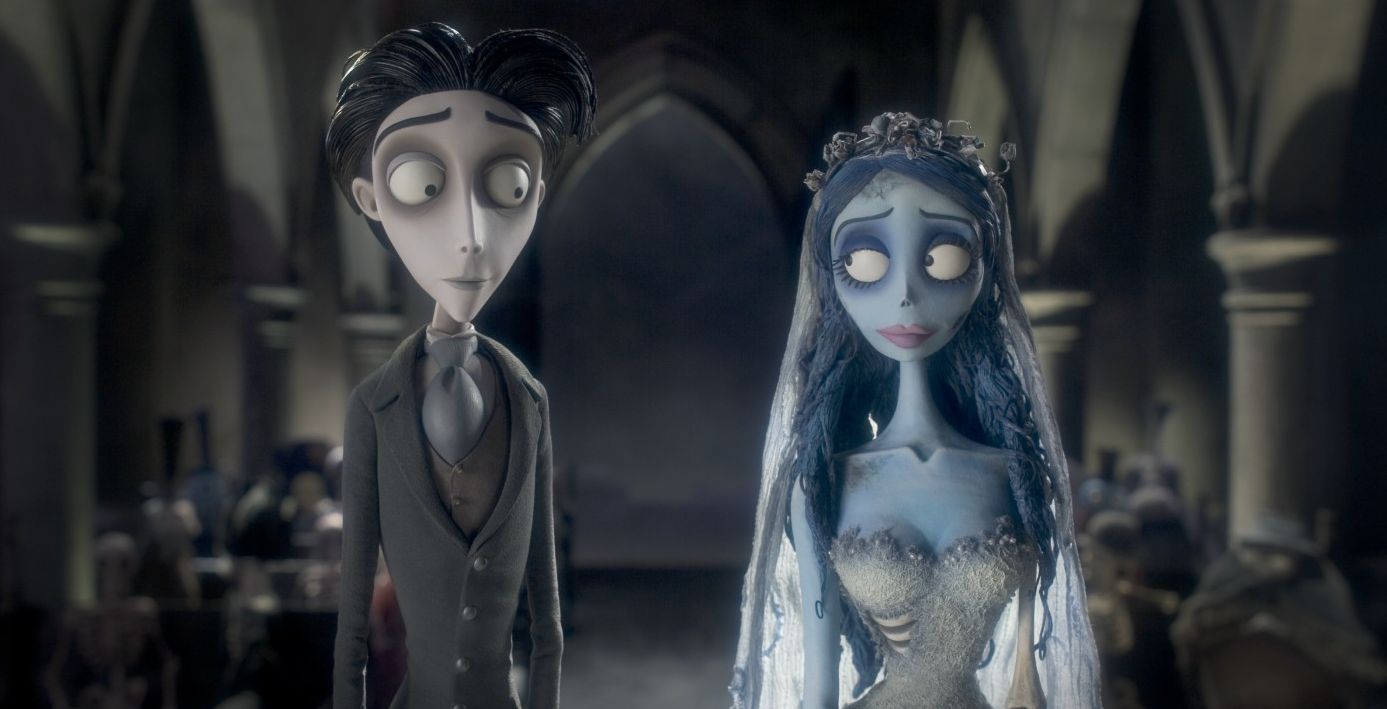 Corpse Bride was Laika’s first stop-motion animation adventure, followed by Coraline, ParaNorman, Boxtrolls, Kubo, and Missing Link.  What a lineup, some of the roundest and most technically sound films we’ve seen in years, and let’s hope they’re just getting started.  Corpse Bride is also a followup to Tim Burton’s Nightmare Before Christmas, the third of the trifecta being Frankenweenie, so no need to ever watch any other animated movies until you’ve seen all those just mentioned; you could do far, far worse then sticking to stop-motion and nothing but.  With Disney stuck on a course of remakes, audiences should refer back to the classics, including this classic and proven style, because, between Laika and Burton, it is in good hands.

Victor Van Dort, the son of fish merchants who have worked their way up to nouveau riche status, is set to marry the lovely Victoria Everglot, whose family is prestigious but penniless.  The marriage will fix both families for generations to come, but the pair of youngsters have never met, and they are both quite nervous.  Victor is so disconcerted that he wanders through the woods practicing his wedding vows aloud, only to accidentally say them at the grave of a stilted bride, whose ghost haunts the site, waiting for her true love.  Thinking that they are now married, the corpse takes Victor into the underworld to be her companion forever, while he attempts to break free and find Victoria before she marries another.

Laika and Burton really are the perfect combination, bringing art, darkness, humor, and real emotion together in wonderful balance and immaculate presentation.  If you loved Nightmare Before Christmas you will enjoy Corpse Bride; it’s jerky skeletons, it’s music by Danny Elfman, it’s a friendly dog, it’s a strange romance, it’s all the things you want.  And the cast is incredible: Depp, HBC, Watson, Tracey Ullman, Albery Finney, Richard E. Grant, Christopher Lee.  The characters and the songs will carry you through, and with a run time of just over an hour there’s almost no time commitment, you’re done and pleased before you know what hit you.  This style if right up my alley, and I know I’m not alone, Burton does it wonderfully, and my kids can immerse themselves in it right alongside me.  Family entertainment from a darker angle, Corpse Bride will kill you with kindness and keep you longing for anything similar, anything honest & artful without the stamp of the reprocessed commercialism we’ve become too used to.