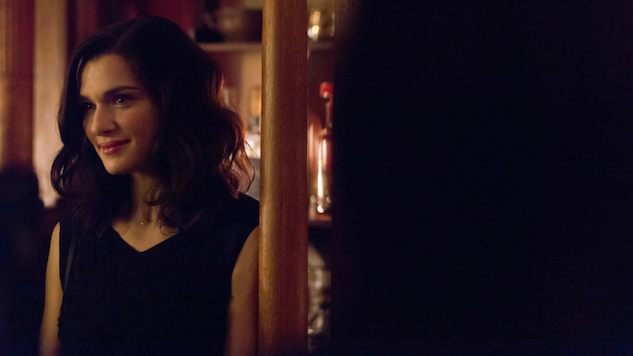 Not that he looks anything like me, but I think if there was a movie made about my life I’d want Michael Shannon to play me, and then I’d want Rachel Weisz to be my love interest.  I can’t think, off the top of my head, of two actors who I respect more, not just for their talent but for their willingness to challenge their talent, to attempt roles that aren’t average, to showcase something that I don’t think many others have.  For Shannon: Take Shelter, Mud, Man of Steel, Young Ones, 99 Homes, Midnight Special, Elvis & Nixon, and those are just a few of his recent roles.  For Weisz: The Mummy, Enemy at the Gates, About a Boy, The Constant Gardener, The Lobster, Youth, The Light Between Oceans.  I don’t know about you, but I’d watch this pair do a telethon fundraiser, let alone star in one of 2016’s best dramatic works, which is exactly & predictably what Complete Unknown is.

Fifteen years ago, Jenny ran out on Tom, ending a young love that might have been unstable, but was, at the very least, full of passion.  Not only did Jenny leave her boyfriend, but she left her family, her friends, even her identity, determined to start a new life in a place where she could be anyone she wanted, where she wasn’t owned by the people surrounding her who thought they knew everything there was to know about a girl who didn’t really want to be known.  In the passing years, Jenny found herself addicted to this game, to starting fresh in each new country she visited.  And, what’s more, she had a talent for picking up nearly anything, from nursing to magic, from biology to the piano.  After all this time, and finding herself in New York, Jenny, now known as Alice, looks Tom up, drops in unannounced, weaves her stories, and changes his perspective forever.

First, the setting, which if you ever watched The Pretender in the late 90s, you’ll see some similarities, not that I’m comparing this drama with that thriller.  But the idea is the same, a person who is so smart that they can adapt to any situation, but, sadly, find it impossible to settle into one place.  I say ‘sadly’ not because everyone must conform, but because we all desire love, friendship, comfort, and those things will never be available for some as they are to me.  Maybe that’s the price you pay for greatness, I’m not sure, but loneliness seems to go hand in hand.  Take this plot, give it to an amazing pair of actors, and watch as magic happens.  That’s what Weisz & Shannon are, magic, their ability rising above that of so many of their peers that it literally isn’t fair.  Weisz was excellent as this chameleon characters, I’m not sure I’ve ever seen Shannon better, more comfortable, or more authentic, and then there are the side actors who were all perfect in what they were asked to do: Michael Chernus, Azita Ghanizada, Kathy Bates, Danny Glover.  Complete Unknown is one of the best films of the year so far, a somber romance, an acting workshop, and a simple story of humanity that you won’t walk away from unfazed.