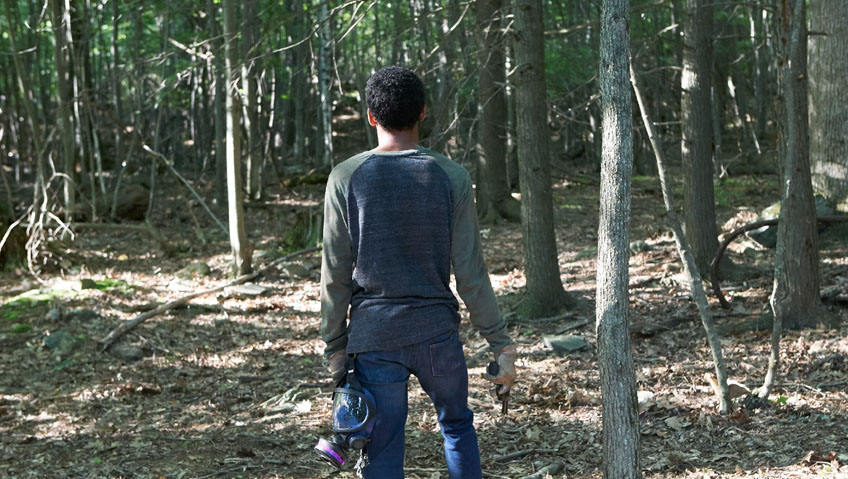 Every year there seems to be one horror standout that gets critics raving.  And every year those critics refer back to the marching order of surprisingly high-quality, wonderfully original, always terrifying flicks that caught their attention enough to be Oscar conversation-worthy in an otherwise typical lineup of tear-jerking dramas.  I’m no different, and so here they are: The Babadook (2014), It Follows (2015), The Witch (2016).  This year’s title already goes to It Comes at Night, even with much of the year left, simply because it is that good.  Were another film to come along and dethrone it as the best scary movie of the year, I would gladly admit I was wrong, but that would have to be one hell of a horror film, since the king has already been crowned.

After an unspecified terror has swept across the cities of the land, people are now classified by two groups; the sick and the survivalists.  The sick develop some sort of unparalleled illness that kills them quickly once caught, leaving their ravaged bodies to be burned by those they leave behind.  The survivalists cling to safety through isolation, staking claims on whatever house or cave or truck they call home, defending their turf and food to the death.  Paul keeps his family safe deep in the woods at his wife’s father’s cabin, even after Bud dies of the sickness.  Paul and Sarah watch over their teen son, Travis, staying together during the day and locking the doors at night.  When a man claiming to have a family in the forest breaks into their fortress in search of water, they must make a life-changing decision; save this new family and risk their own, or deny them and let them die.