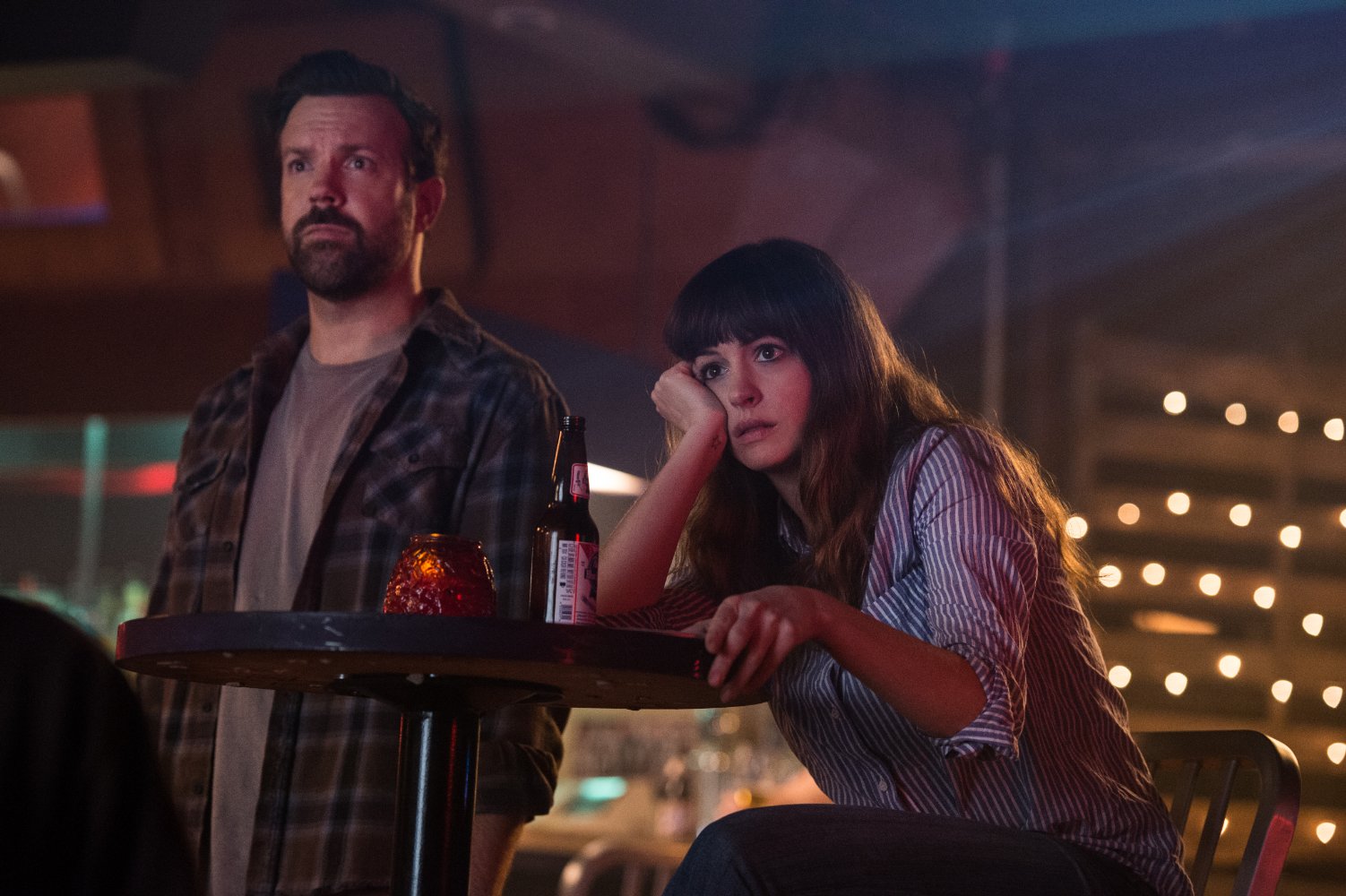 Colossal is as bad as Timecrimes is good.  Nacho Vigalondo has only two other feature films under his belt, one more American, one more Spanish, one about aliens, one starring Elijah Wood and a porn star.  It’s a weird filmography to say the least, but his first attempt, Timecrimes, is a fascinating, mind-bending, time-travel thriller that will knock your socks off; it’s odd that he’s progressed from that to Colossal, a movie that’s simply dumb.  I don’t dislike the concept, showing us addictions and personal struggles through metaphors, and I don’t mind the fantasy aspect either, sometimes we need a little unreality to help us see things that are too close to our faces.  But the result of what could be called a solid attempt is nothing short of an incredible bust.

Gloria is losing at life, what the kids used to call an epic fail, screwing up every aspect one at a time.  She moved to the big city from her small town, got a high-impact job, snagged a studly English boyfriend, but she simply can’t hold on to what’s good.  Her unstoppable drinking and her inability to censor her words led to the loss of her job, her breakup, and an unwanted return home, so now she’s left to pick up the pieces.  She reunites with an old friend, Oscar, and gets a job at his bar, attempting to be responsible for her own actions for the first time.  But there’s one big problem; every morning, as Gloria is blacked out from drinking, she somehow embodies a giant monster in Seoul, South Korea who terrorizes the city and kills innocent people.  Understanding that she’s the one in charge of the creature is the first step, but the second is taking ownership over the destruction she’s causing to her own life and those around her who care about her most.

Again, the plot doesn’t bother me, though it will some.  Anne Hathaway gets drunk, inhabits a monstrous avatar, falls for Jason Sudeikis, and attempts to work her way through her personal problems; that I don’t take issue with that summary surprises even me.  I actually adore Hathaway, I think she’s one of the most talented actresses I’ve ever seen, and Jason Sudeikis was brilliant that last time I saw him in something similar to this, Sleeping with Other People.  And then there’s the monster plot, but I get it, fantasy can be a great way to make a point.  But the point is made quickly and the rest is a complete waste.  These characters are so dumb, they are written so poorly, even their names are stupid.  Their decisions make no sense, neither do the decisions of the director, and the entire film feels like a skit gone wrong, not an actual film that professionals pieced together with a solid vision in mind.  I strongly disliked this movie, and I have to say I saw a disaster coming many miles away.