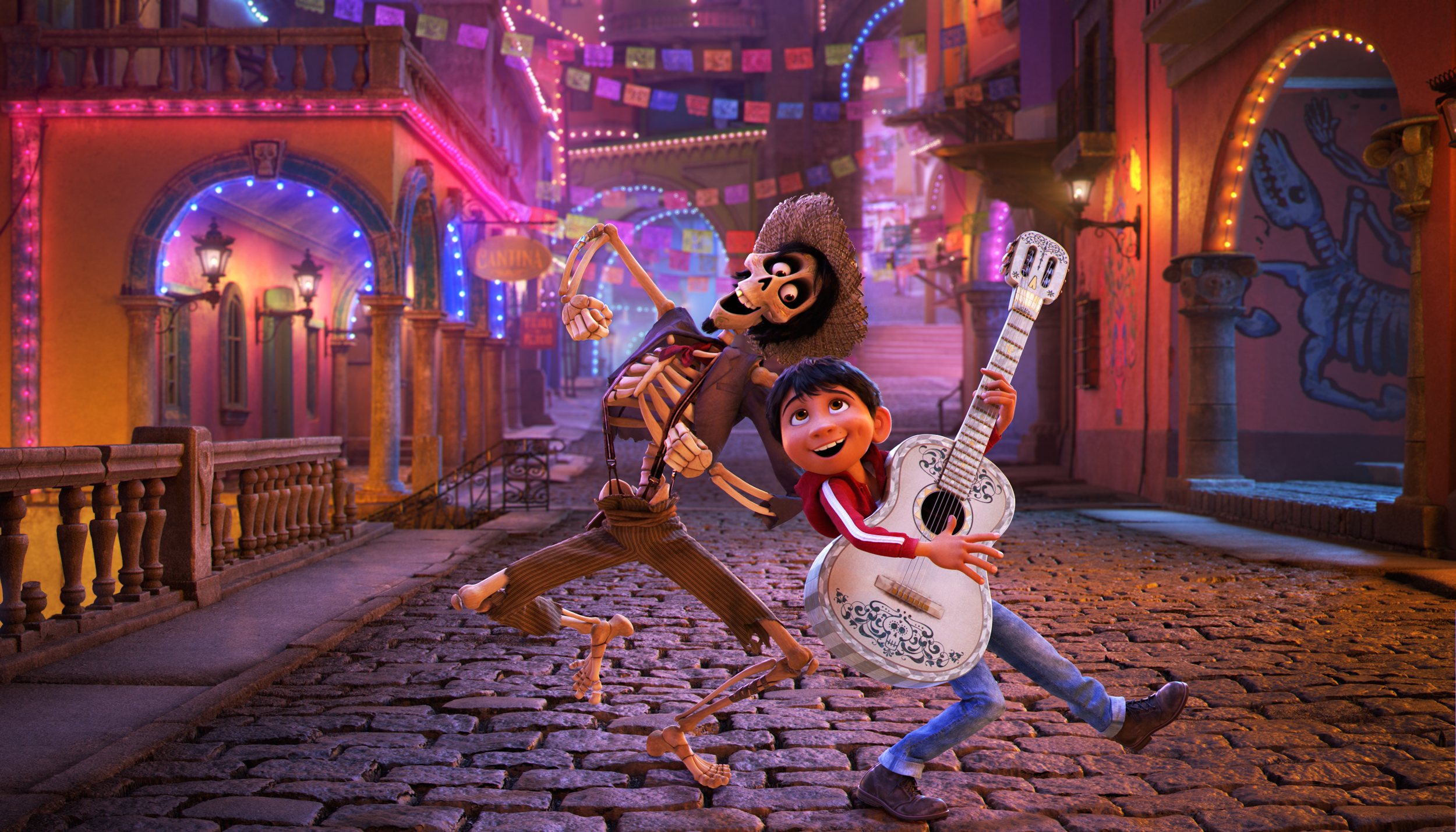 When I first saw the trailer, I was convinced that Coco was purely recycled material.  After all, its similarities to The Book of Life, Kubo, and even Rock Dog were more than striking, they were disappointing.  As more and more reviews came in saying that Coco was the best animated feature of the year, I stayed doubtful, because I assumed I had already seen it in pieces in other films.  Well, I was partly right, but it mostly didn’t matter.  Its likeness to The Book of Life can’t be denied; La Dia De Los Muertos, traveling to the Land of the Dead, a young man bucking the traditional occupation of his family, wanting to play music instead.  Pretty much the same, and yet Coco stands out with its original music, younger storyline, and focus on family instead of romantic love, becoming a great animated movie all its own after all.

Miguel’s family, the Riveras, make shoes.  His mother makes shoes, his grandmother makes shoes, his great grandmother made shoes, and his great-great grandmother made shoes, a trade she picked up after her musician husband left her alone to take care of their little girl.  This experience was scarring, not just for Mama Imelda, but for generations to come, as she banned music from the family and started the shoe business, a tradition handed down all the way to Miguel.  But the trouble is, the boy is obsessed with the guitar, and his hero is Ernesto de la Cruz, the greatest singer in Mexican history.  When Miguel finds himself magically transported to the Land of the Dead, he must find a long lost ancestor in order to go home again, but the price might be his musical talent.

It is a little upsetting that this film follows another so closely, but that might be the only negative thing to say about Coco, a movie that will sweep you off your feet and pull every heart string along the way.  The music is phenomenal, you’ll be singing the soundtrack for days, and I dare you not to cry when the characters sing “Remember Me” with the passion of their memories and their dreams.  There are valuable lessons to be learned, there’s a real spotlight of family love, the story is exciting every time it isn’t teaching us something; you sit down and the minutes fly by.  There’s something personal and marvelous here, a plot and an ideal that doesn’t come around every day, and of course Pixar knows how to animate the story perfectly, until every scene is a masterpiece.  Believe the hype and see this movie as soon as possible, if you missed it last November.