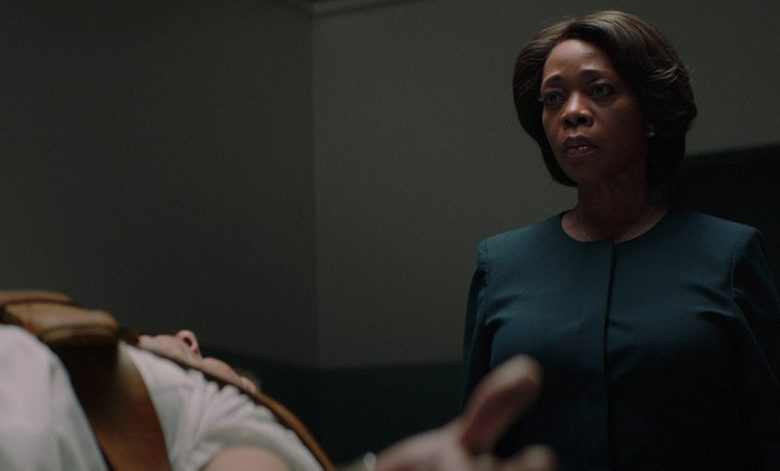 The only real problem with Clemency is that it brought nothing new to our living rooms, and that’s important because the subject matter is important; we’re not going to hear the message if we immediately shut down a little since we’ve seen this all before.  Filmmakers can’t expect audiences to be fully engaged in recycled content, no matter the passion behind the project, we’re just not built that way; a good director should know this and plan accordingly.  Clemency isn’t a terrible movie, it doesn’t make too many mistakes; rather, it fails to take any chances or bring anything fresh to the conversation, allowing us to forget it immediately, which does the topic a disservice it does not deserve.

Anthony Woods is one of many young men on death row, charged for a crime he swears he didn’t commit and awaiting his execution for years, while the system processes his life.  Bernadine Williams is the warden of the prison, struggling to come to terms with her job, drinking each night to cloud the horror she feels as she condemns so many men to death.  As Woods’ execution date approaches and his lawyer fights for his rights, Williams plunges ahead with the awful steps, questioning her own role in what she is quickly learning is an unholy march toward an eternity of nightmares.

This film simply offers nothing new, and that’s its only serious issue.  The acting by Woodard, Hodge, Schiff, Wendell Pierce, and even Danielle Brooks (‘Taystee’ from OITNB) is always solid, even laudable at times, but it can’t raise the film’s delivery above the commonplace level that we’ve already experienced so many times before, even in other films this year.  There’s nothing to see here, nothing to feel, at least not beyond what we’ve already invested before, so we as viewers have nothing more to give of ourselves, even if the story would be otherwise moving.  This is a serious issue, but one that’s not brought to light with life, instead succumbing to the norms too easily and therefor failing to capture our passion.