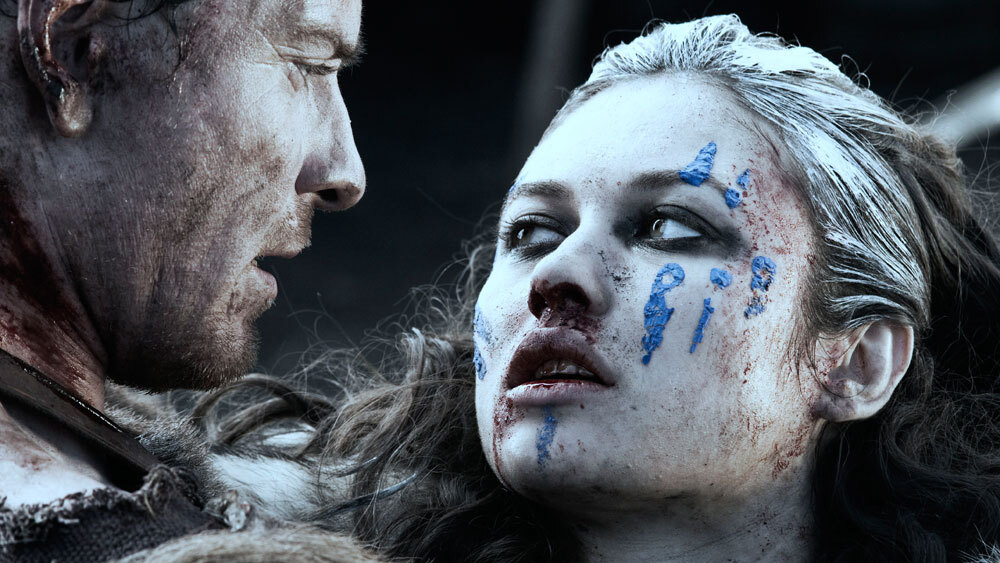 Centurion marks the 3000th film I’ve seen, which isn’t a ton for a film critic perhaps, but I think is for your average movie fan, so there you go.  Since I’ve started watching more professionally, I’ve averaged about 200 new movies a year, so it’ll take me about five years to reach 4000; maybe I’ll throw myself a little party in ten when I reach 5.  Anyway, this film has that minor personal distinction, but other than that it’s a fairly throwaway movie.  Michael Fassbender is a megastar, a supertalent, but even he can’t save what feels slightly worse than a History Channel original, since it never owned what it was, instead constantly fighting to be something it just could not.

As Rome battles Britannia, the legions begin to weary & to weaken, for the native Picts don’t fight with honor; they hide, ambush, burn, and run away, never standing toe to toe with the Romans, surviving as guerilla warriors in their own forests.  Quintus Dias, a commander of the cohorts, is the last survivor of a Pict raid on a Roman outpost, and is taken prisoner by their chief, who wishes to know his enemy better.  Escaping to safety and the command of General Titus Virilus, Quintus finds himself turning around and heading back into enemy territory, this time with a warrior scout who promises to lead the legions to the stronghold of the Brits.  But warfare in the north, beyond Hadrian’s Wall, is a nasty, shocking, bloody business, and trust is harder to find than the way back home.

Centurion has one hell of a cast: Fassbender, Morissey, Kurylenko, Dominic West, Liam Cunningham, Riz Ahmed, Imogen Poots, the guy who played Bib Fortuna in Star Wars.  But its being cast with stars much like 300, its featuring a ton of blood much like 300, its graphic novel feel much like 300; none of that was enough to push the film over the edge into grand territory.  Perhaps because the movie didn’t commit, it played it safe instead, flirting with comic book dramatics but stopping short, which made the entire thing feel over-produced, over-rehearsed, over-CGIed, and just plain bland.  There was a story here, a rather simple one really, there were good characters, and there was some action that actually felt more historically accurate than some I’ve seen; the idea the people can get stabbed in battle other than straight through the gut, whereupon they instantly die, shouldn’t be this novel.  But the film as a whole felt a little wooden and a little amateurish, like the director bit off more than he could chew and the final product was doomed to showcase that fact.