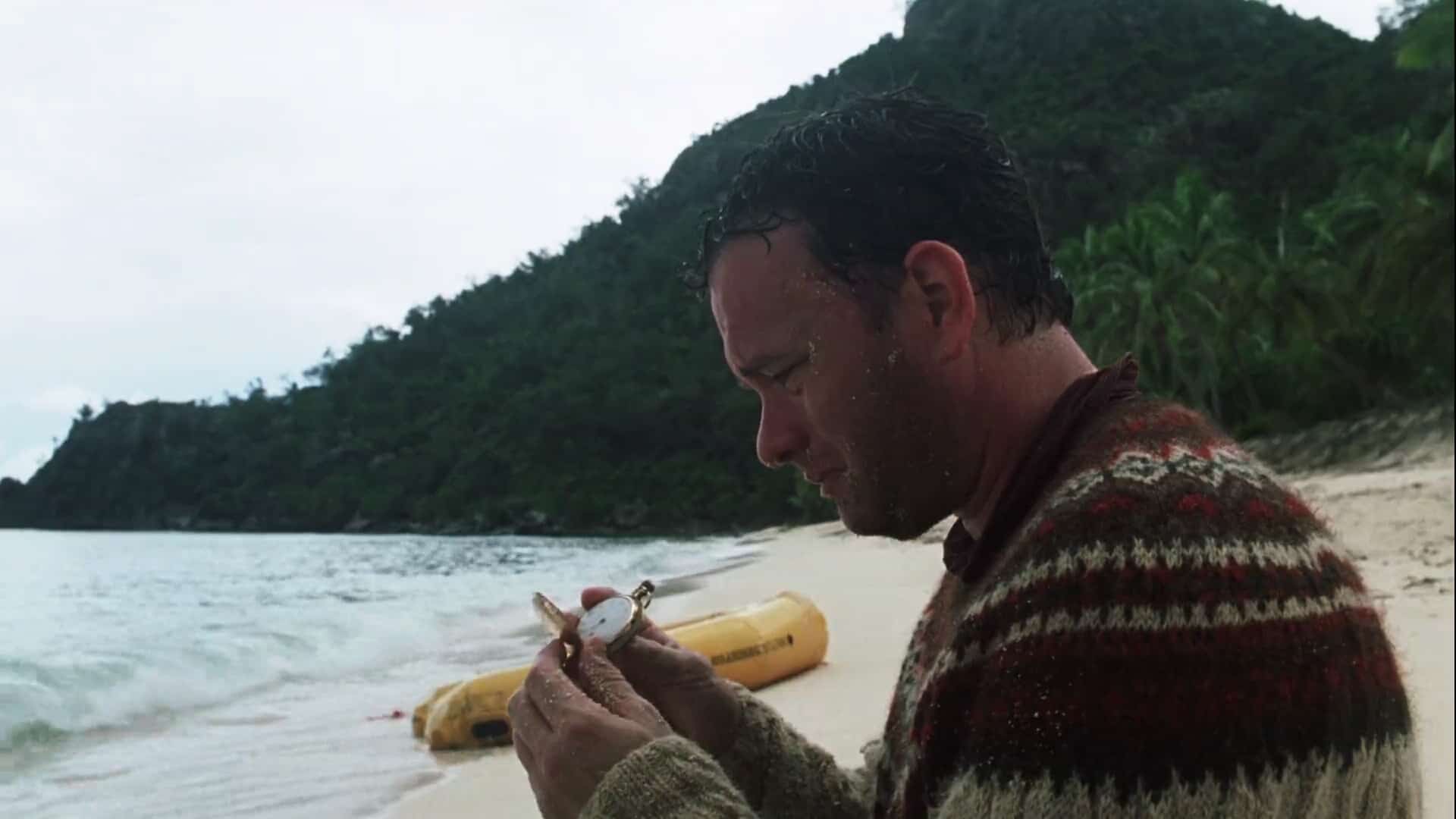 For a movie about one man living on an island by himself and not speaking a whole lot, there’s a ton going on surrounding Cast Away, not least of which is the title; it’s not Castaway, it’s Cast Away, which implies much while saying little, and we could talk about possible meanings all day without ever getting to the film itself.  Then there’s the technical side; all the dark scenes were shot in the day, the night was added in after, all the sound was taken out, artificial sound was added in after, the first part was shot a year before the second, the crew making another movie with Zemeckis while they waited for Hanks to lose weight; a ton going on, I’m telling you.  Any film has a variety of details we don’t have to consider to enjoy our experience, but Cast Away seems to take the cake, and I’m not sure that’s a good thing; seeing it this time around I was distracted by the small pieces, rather then letting myself be entertained by the whole, which I think is the better way to watch.

Chuck Noland works for FedEx and preaches time; it runs the world, it never stops, we must manage it, don’t let it get ahead of you or boom the world has changed.  He’s good at his job, flying around the world making sure packages get where they’re going on time, but it does put a damper on his social life, as his girlfriend will tell you.  Kelly is a hard worker, has been married before, neither of them are getting any younger, and it’s time to think about tying the knot, if Chuck could be tied down for more than a day anywhere.  It looks like a wedding might be planned soon, but first Chuck has one more flight to take, one that will alter the pattern of his life disastrously.  His place crashes somewhere in the South Pacific, going down in a storm, with a search radius of thousands of miles for those frantically looking .  He survives the wreck, only to be marooned on an island with no animal life or human contact, where he must come to terms with his new existence, or lose his mind waiting for rescue.

I liked, almost loved, Cast Away when I first saw it what seems like too many years ago, but this time around I was distracted by the periphery, and I wouldn’t recommend letting that happen to you.  There are a lot of continuity errors, there’s a lot that’s not real, the run time is a bit too long, with too much cheese at beginning and end, and it isn’t a perfect film in a perfect package; I think that reveals itself if you look too closely.  But that’s not to say you have to.  It’s alright to watch Cast Away with an eye only on Tom Hanks, because he is the best part by a mile, it’s not even close.  I guess Wilson is a close second, but he’s a volleyball, so.  The music is solid, the loneliness is palpable, the transformation is impressive, but Hanks is the only real reason to tune in, and that’s enough for me.  He is so incredible, can command a scene as long as he chooses too, and I’d watch him do anything, even talk to himself.  No, I kid, Cast Away is superb, if not quite as top-of-the-list as I once thought.