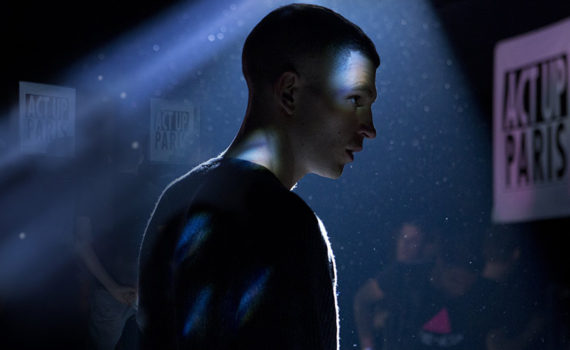 Considering the state of the presidency and the president’s personal vendetta against the American media, it’s no surprise that The Post is considered the most important film of the year, a story about coverups and takedowns that resonates in a very particular way with those of us on the side of governmental transparency and journalistic integrity.  But if I had a vote to cast for a 2017 film of vast importance, I would select BPM, a monumentally moving movie that has more to say in 140 minutes than most people are willing to hear in a lifetime.

The activist group ACT UP Paris has a simple mission; to raise awareness for AIDS and the groups most commonly affected by the disease.  But their platform is much more diverse; sexual education for high schoolers, fair treatment for prisoners, clean injections for addicts, and a general de-stigmatization for a preventable illness that pharmaceutical companies don’t seem in a hurry to cure.  We follow members of the group as they wage a non-violent, guerilla war on indifference; distributing flyers, barging into schools, leading parades, storming stages, forcing meetings, and spraying fake blood in an effort to wake up those whose help AIDS victims desperately need.

Although BPM is a fictional drama, its representation of the fight for a cause is so real that at times it feels like a documentary, as we sit in on the meetings, watch the votes on decisions, and then witness the members act in ways that might be uncomfortable to see, but are specifically designed to warrant a reaction.  When marginalized groups are ignored for too long they get angry, and that anger can take the form of protests that others might call over-the-line.  But stepping across the imagined social boundary is often the only way to get noticed, and that concept is on full display in this film.  Its other side, the fictional plot, is so perfectly weaved throughout the social issue as to be almost indistinguishable, melting into the fabric of the story seamlessly.  The characters are amazing, their lives are so realistic, and the awareness that they are attempting to raise among audiences is so fantastically important that you can’t turn away.  It’s a long film, its content is extremely heavy, it’s not an easy watch at all, but it may be the most moving and inspirational cinema you’ll see this year.