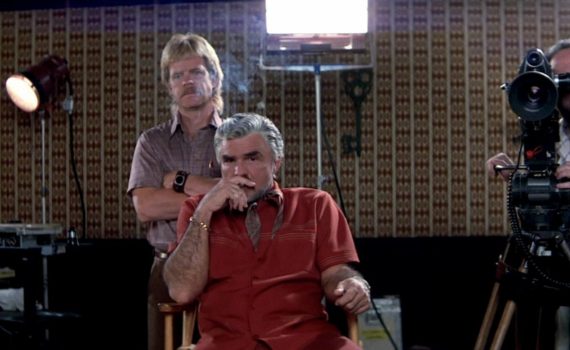 If you don’t understand the genius of Paul Thomas Anderson, the only thing I can do to help you is to point you toward his filmography.  Hard Eight, Boogie Nights, Magnolia, Punch-Drunk Love, There Will Be Blood, The Master, Inherent Vice; I’ve rated multiple 9/10, every one is a unique masterpiece, and although I think his latest is his weakest, that doesn’t stop me from getting excited every time I hear about a film being released with his name attached to it.  Phantom Thread is his next, it looks a little odd, but you have to give it a chance, based on what Anderson has done before and has the ability to do again.  I know that ‘genius’ is a word we throw around sensationally and all-together too often, but I don’t doubt that it applies to this director, and in this case, it applies to this film as well.

L.A. in the 1970s was a place of parties, discos, drugs, experimentation, and self-discovery, a playground where questionable activity was fostered and molded into creativity.  In the booming porn industry, there was no greater name than Jack Horner, whose adult films could be seen in a theatre near you.  Jack was a director, a father figure, a visionary, and was always on the lookout for new talent.  When he came across Eddie Adams, he knew beyond a doubt that he had found something special.  Eddie changed his name to Dirk Diggler, became a regular stud horse in the business, and earned fame for both his prowess and his charisma.  But power corrupts, and Dirk became lost in a world of cocaine and cocksure characters until he couldn’t find his way out to the happiness he had once imagined was waiting for a shining star like him.

PTA is brilliant, simply brilliant, and his films are all the evidence you need.  He writes his movies as well as directing them, only using novels as sources in a couple cases, mostly creating these fucked up worlds all on his own, and wow are they wacky.  Exquisitely crafted characters, vividly colorful surroundings, stories with plot points coming in from all angles; I don’t know how he does it, but I’m so very glad he does.  Boogie Nights is one of my favorites of his features, probably because it might be the funniest and most purely entertaining.  There are dark moments as well, of course, this is the director who had a man bash another man’s brains in with a bowling pin.  But this story holds a lot of humor, some heart, and the actors who bring all that to the screen are almost seamless.  Wahlberg, Reynolds, Moore, Luis Guzman, John C. Reilly, Don Cheadle, Heather Graham, William H. Macy, Nina Hartley, Philip Seymour Hoffman, Philip Baker Hall, Thomas Jane, Alfred Molina; you will never see a cast quite like this, you will never experience a movie quite like this, and I can’t recommend it enough, at least to anyone who can watch with an open mind, a twisted sense of humor, and a flexible taste level.