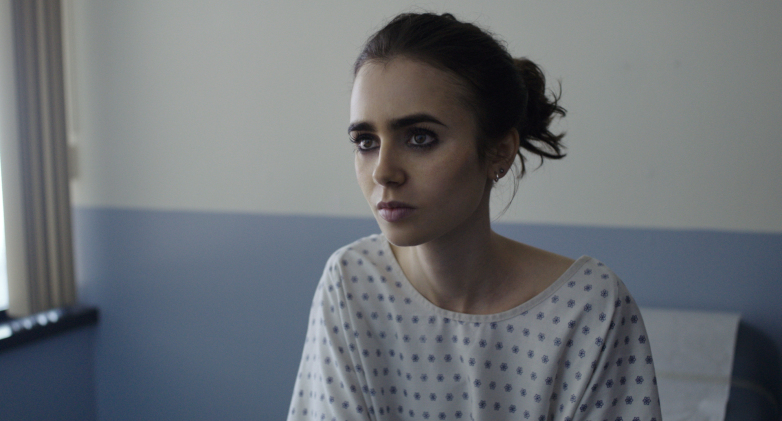 It’s hard to critique a film that focuses on a difficult subject that you don’t know anything about.  I have no understanding of eating disorders, I have no point of view, I simply feel sad for those affected with them, and I wish they could get healthy.  That’s it, I have no other knowledge or prejudgement, but understanding my own limitations doesn’t really help in this instance.  The film is perhaps delivering its message to someone else, and I have no idea whether that was done effectively or not.  I guess the only thing I can do is be honest, and try to judge the film as a film instead of as an important topic.  So, in that spirit, I have to say, I simply didn’t like it.

Ellen is losing count of the number of treatment centers she’s been entered into to help fight her depression and anorexia, and she’s also losing hope that she will ever get better.  She isn’t a purger or a cutter or a binger, she just can’t accept food, can’t accept her body, and generally can’t accept happiness.  Her family life is fucked up, her talent as an artist is being left behind, and a past mistake is haunting her wherever she goes.  Ellen’s next stop is a group home, where a doctor with an unorthodox method may be her last chance.  The others there are dealing with the same problems, working toward their weight goals one pound at a time, and just might be able to help make a real difference.

First, the film warns of sensitive material at the beginning, as someone close to the situation might have difficulty seeing it on screen.  There’s nothing inappropriate, but I can see how it could feel very real to a very specific group of people.  That’s to the film’s credit, how they attempted to face the issue head on, instead of making a Hollywood feel-good story about eating disorders that wouldn’t really resonate.  I’m not sure they succeeded fully, the movie did feel pretty produced at several points, but I do think they tried their best.  I just don’t like Lily Collins, I don’t think she has “it”, and I don’t like her character in this film.  Reeves is the same way, he has to just fall into a role perfectly, and he doesn’t here.  I’d look somewhere else for high-quality cinema, Netflix misses the mark this time.