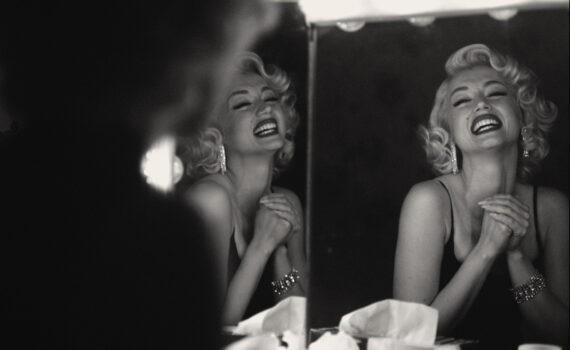 Ana de Armas being in the two worst movies of the year is …something.  First it was Deep Water, not it’s Blonde, and both are equally awful.  Her film choices right now (knowing how talented she truly is and after becoming an American sensation almost over night since Knives Out) are baffling, to say the least.  She also threw in some (*checks notes*) ?action cameos? in No Time to Die and The Gray Man, both of which were fun films, but her roles felt rather weird.  She needs to find her footing, and fast, because her career could be in very big, very real, very quick trouble.

This is the fictionalized true story of Marilyn Monroe, from the troubled little girl to the Hollywood superstar, and all the mess in between.  Her mother was mentally ill, Norma Jeane didn’t have parents to look out for her, and the studio became her home, albeit a horrible, abusive, and dangerous one.  Always trying to balance being Marilyn and being Norma, having a career and having a life, this icon was constantly spiraling out of control, no matter how perfect her existence seemed on screen.

The first red flag here is “fictionalized true story.”  That’s just dumb, we don’t want it, and please go away.  We especially don’t want it about a semi-recent historical figure whose life was well-documented; like, why do you need to imagine what might have been happening and then kinda pretend it was?  A bad idea from the beginning, the movie then went far too long, was rated NC-17, switched between color and black&white to show her different sides, and meandered on through fantasy like it ever had a direction in mind.  Other than her death, it didn’t, there was not a point here, this is inarticulate slop, and we should be very wary of Dominik until he proves us otherwise.  And, of course, so much blame needs to be heaped on de Armas’ head; she was abysmal, her accent was ridiculous, her control was nonexistent, and basically she blew it big time.  Blonde is a disaster and a terrible film, and I’m sad I watched it.