Movie Review – Blast from the Past 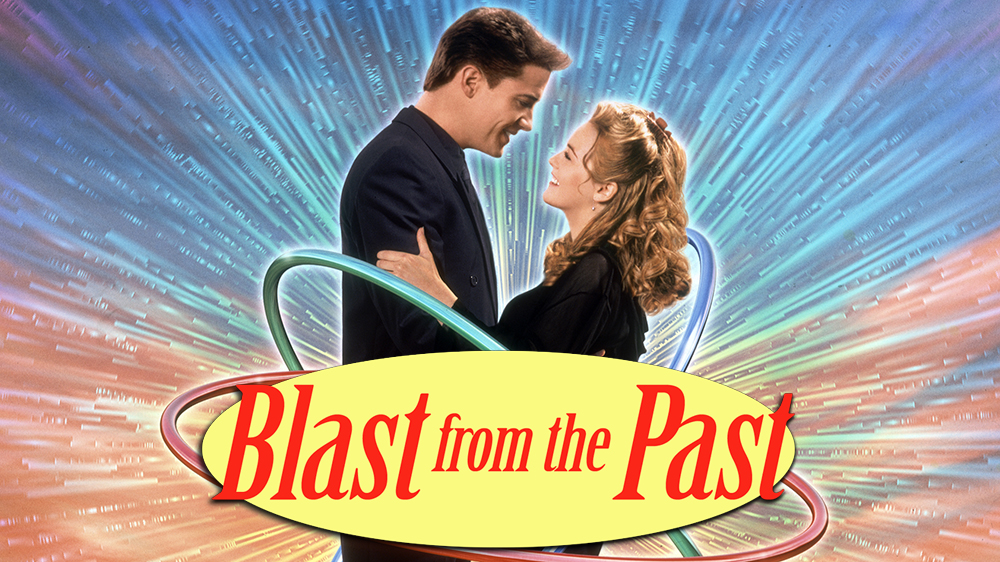 Movie Review – Blast from the Past

Blast from the Past; or, more appropriately titled, The Movie That Alicia Silverstone Ruined.  Because 90s Brendan Fraser was actually pretty fun, and 2000-y Brendan Fraser was actually kinda good, The Mummy and Bedazzled being quiet favorites of mine.  Blast from the Past should have worked because of Fraser and because it was funny; double, single, men on base, ready to smack a homer and drive them in …except along comes Alicia Silverstone.  Hollywood quickly realized that she wasn’t an actor, she was a child who men fantasized over, and when that bubble burst, the 6-year dream window was over.  Not her fault, but also not fun for those of us just trying to watch a movie that could have been great but was royally screwed by her lack of ability.

In the 60s, in the heart of the Cold War, Americans were preparing for a nuclear battle with Russia, with Cuba, with anyone, and it seemed only a matter of when, not if.  Some, Calvin Weber included, built his family a fallout shelter in case of emergency, and his paranoia pushed him to make it fairly …extensive.  This underground bunker was like a second home, and could be sealed off for years, which it was one night when he & his wife went down, convinced that a bomb was just dropped on their house.  Turns out it was just a downed plane, but they didn’t know that, and 35 years later they are ready to emerge.  Well, actually, they send their son Adam, who was born in the bunker and knows nothing about life topside.  But he’s about to find out, and he’s about to fall in love to boot, which will be an experience he certainly isn’t ready for.

The beginning of this movie is incredible.  The set up, the shelter, the 60s charm, the impending years of lockdown, the processes Calvin put in place, the boredom his wife dreads, the aging of their son, and the young man he becomes.  It’s all great, pretty funny, very lovable, and even the emerging is entertaining, when Adam sees the world for the first time.  Fraser is a pro, his parents are Christopher Walken and Sissy Spacek, it all just works in a late-90s kind of way, and I laughed out loud numerous times.  But then, enter Alicia, who is problematic at best.  She burst onto the Hollywood scene because she was beautiful, became an icon, got in some Aerosmith videos, and then people realized that, oops, she couldn’t act.  This would be her last big thing, the only film she ever did well was Clueless, and the world would move on.  But meanwhile, she would take the time to ruin Blast from the Past.  She is beyond awful, doesn’t work, can’t mesh, and just messes it up, destroying what could have been a classic comedy and making it forgettable instead.