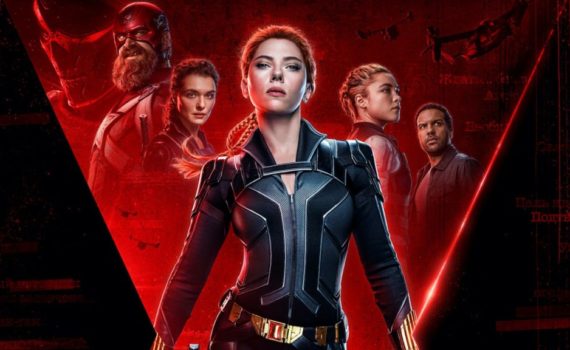 I’m back at the movies!  Since watching Onward in March of 2020, I haven’t set foot inside a theatre, something I used to do once or twice a week, every week, over the past how ever many years I’ve been serious about film and have become a film critic.  The Pandemic has been …too complicated to put into words, but now I’m back doing this thing that I used to do, and I will say that it feels great.  I should be returning sporadically over the next couple months, and solidly by fall/winter, so I have that to look forward to, and I’ll take it.  Black Widow was a hell of a way to get restarted; not only was it a solid distraction from real life and a nice addition to the MCU as a franchise, but it was also a supremely enjoyable stand-alone feature, with the strength to strike a pose on its own two feet, slightly separated from all the bluster & battle of the others in the series.  It’s basically just a good picture seen at the right time; thank you, movie gods.

Following the events of Civil War, Team Cap is on the run from American authorities, as the Sokovia Accords have kicked in and the Avengers are now under government control.  Among those going underground is Black Widow, who changed sides, helped Cap, and is now in hiding.  But as soon as she settles in, Natasha is contacted by her sister Yelena, who has recently been freed from the Black Widows, a secret organization of assassins run by the evil Dreykov.  Natasha must reunite with her sister, rescue her father, find her mother, and take down Dreykov, before the mind-controlled Black Widows change the geopolitical fate of our world.

Marvel is back with a bang, after a bunch of TV shows but no movies for an extended period.  But Black Widow returns us to the theatrics in a big way, and let’s us know that the MCU is alive and well.  We are beginning a new Phase, with new heroes taking on the classic mantles, but before we get there Natasha has a backstory to tell, and it’s a doozy.  I enjoyed how this film is both a stand-alone piece and a piece of the puzzle; you can watch it as a super fan or just a casual viewer and enjoy it the same.  That takes talent, to weave that type of dichotomy, so kudos to Shortland, who, when I watched Somersault all those years ago, I didn’t expect to see again, and definitely wouldn’t have predicted to be the director of a Marvel blockbuster some day in the future.

So many things worked, so few went wrong, which is impressive on its own, the simple fact that this movie was made and made well.  We get a little bit of an origin story for Black Widow, but that’s also not what the plot is about, it’s focused on the here & now, in a way that feels refreshingly forward-thinking.  We get a kick-ass, female-led cast and some great side characters too; Johansson is solid as always as Natasha, but it’s Pugh who steals the show, with her perfect talent and her chameleon ability.  Although, Harbour steals his share of the lime light too, with uncanny comedy and a demeanor that I’ll always remember him for donning so awesomely.  The rest of the cast is fine (Rachel Weisz, Ray Winstone, William Hurt, Olga Kurylenko), and the villains are OK, but the real magic is within the family, and the action they find themselves a part of.  We are in good hands if this is the direction the Universe is headed, with major stars giving way to young talent and amazing stories that keep growing with prestige.