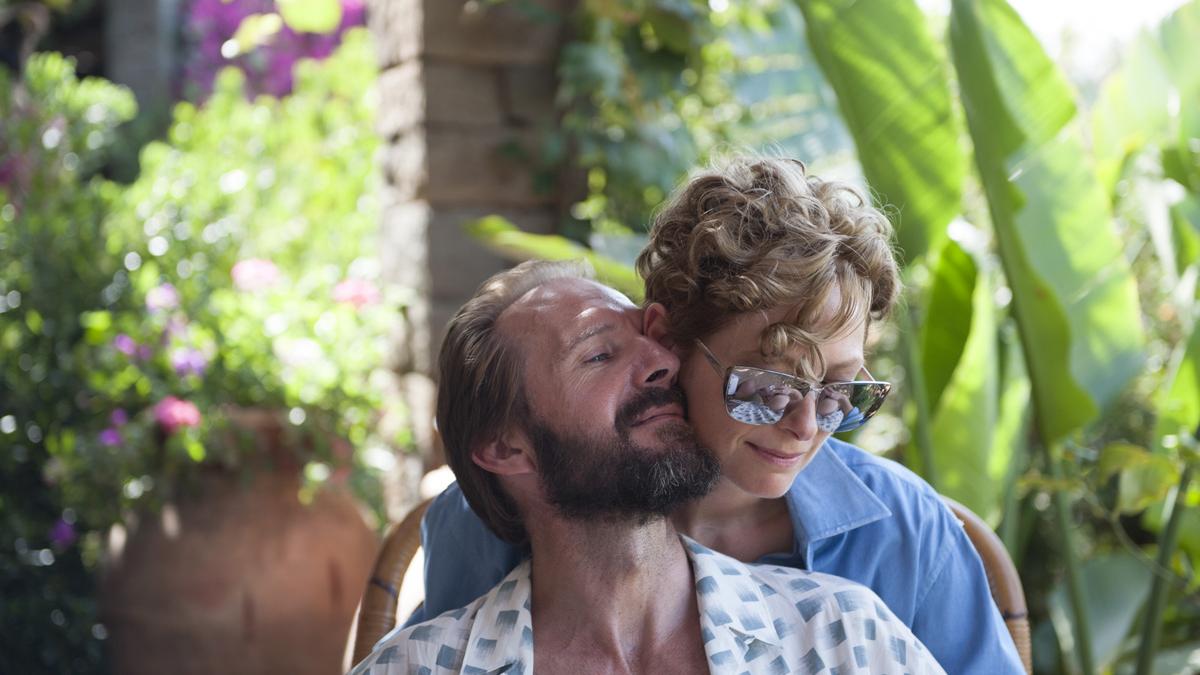 At first glance, or to Joe Moviegoer, this cast might not appear as incredible as it actually is.  Tilda Swinton is currently the goddess of off-beat cinema: working backward, Hail Caesar, Trainwreck, The Grand Budapest Hotel, The Zero Theorem, Snowpiercer, Moonrise Kingdom, We Need to Talk About Kevin.  Her recent success should make us all embarrassed about what we might have accomplished in the last five years.  Matthias Schoenaerts is exploding onto American screens right now; again, moving backward, The Danish Girl, Disorder, Far from the Madding Crowd, The Loft, A Little Chaos, The Drop, Blood Ties.  And that’s just within the last three years; the guy’s working overtime.  Then there’s Ralph Fiennes, the genius, & Dokota Johnson, the sex pot.  So the cast is not the problem with this film, the cast is perfection, it’s in the details where things begin to go wrong.

Famous but aging rock star Marianne Lane is on holiday off the Italian coast with her young lover Paul, as she attempts to recover from vocal surgery.  Making love in the villa, laying naked by the pool, mud bathing in the lake, driving over the countryside; it’s an idyllic vacation, one with peace, quiet, and some much-needed rest.  That is, until Harry arrives.  Harry Hawkes is an old friend, colleague, and boyfriend who is a part of Marianne’s more volatile past.  He arrives on the island with his new-found daughter Penelope and immediately livens up the holiday, cooking great food, playing music, & running around nude for all the village to see.  But it’s not all fun, and it’s not all games.  Harry wants Marianne back, may be in an inappropriate relationship with this young women who is apparently his daughter, and just might make Paul jealous enough to do something rash.

First off, the acting here is great.  Swinton & Fiennes have an amazing chemistry, having worked together before, including recently in both Hail Caesar and Grand Budapest.  They were perfect ex-lovers, Swinton unable to talk, which was fun to watch her work through, and Fiennes talking too much, as Harry was quiet insane with energy & regret.  Schoenaerts too was excellent as Paul, and Johnson was quite alluring as Penelope.  But the rest of the film falls on the director’s shoulders and I’m afraid that’s where the problems started.  The action is quiet choppy, fast then slow, and never succeeds in drawing audiences in.  The characters are all at times deplorable, so there’s no one to root for, and no magic weaved to get us to love someone despite their flaws.  At over 2 hours, the film drags as well, begging for thirty minutes to be chopped off and everything to be collapsed together like an accordion in order to save us our sanity.  It’s a film that bothers you with its imperfections, all while disappointing you with what it could have easily been.