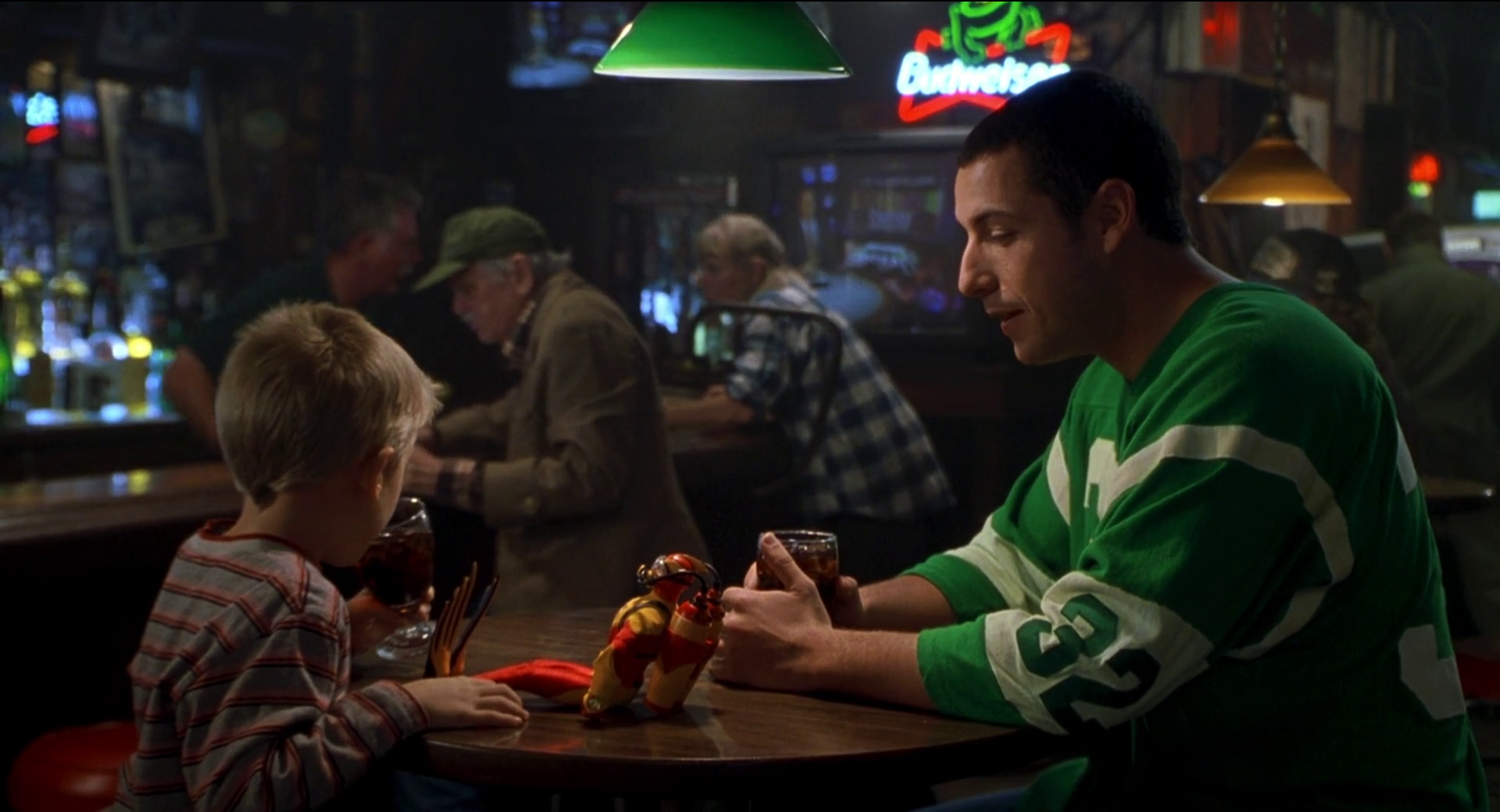 Adam Sandler seems able to make three different kinds of movies at will: the best acting you’ve ever seen, the most horrible thing you’ve ever seen, or the most endearing thing you’ve ever seen.  And it does really look to be intentional, like he can go in knowing what quality tier he’s aiming for and hit the mark every time.  Maybe he’s a genius, or maybe that’s going too far, but the man knows what he’s doing, and he’s made millions of dollars turning the joke on us somehow; I guess more power to him.  Big Daddy is definitely a film in the third category, a ridiculously bad flick that doesn’t care a bit, because it trusts that it can rely on heart & likeability to make it through to the end, and it’s one hundred percent right.

Sonny Koufax is a loser; even he knows it, although he doesn’t seem to care.  He’s been living off a settlement for years, works part-time at a toll booth, quit being a lawyer, doesn’t wake up before noon, eats mostly cereal, sometimes takeout, likes to go to the park to trip roller bladers, and generally sucks at life.  His girlfriend is about to leave him, his best friend is moving to China, things are falling apart; but in walks Julian.  The kid is five, his mom abandoned him, and somehow Sonny thinks that taking care of the little tike will be both easy and a way to get people to take him seriously.  Turns out raising a child is a bit harder than Sonny thinks, but it’s also more rewarding, and could be the exact challenge he needs.

Sandler is such a lovable goofball, at least I think so, and he always seems to find a way to get me to like him, even if he’s often the worst actor on the planet.  But, again, when he decides he wants to be he can be the best in the biz, it’s bananas, but that’s his prerogative apparently, turning in perfect performances or completely asinine romps at will.  Big Daddy is like if you got all your friends together, put on a skit, and sold it to Hollywood for a boatload of cash; but if you did it, you wouldn’t have Sandler and the Sprouse Boys, who were all so damn cute in this movie that they’ll break your heart into tiny pieces.  It doesn’t make much sense, this isn’t a good film, it’s pretty dumb actually, but you can’t overemphasize how important likeability is, and how often we fall for it.  God, look at the cast if you want any proof that we shouldn’t like this product: Joey Lauren Adams, Jon Stewart, Leslie Mann, Alan Covert, Rob Schneider, Kristy Swanson, Steve Buscemi, .  But we do, that’s the point, Sandler is in our blood, and we mostly choose to let him stay there because, well, the guy makes us giggle.