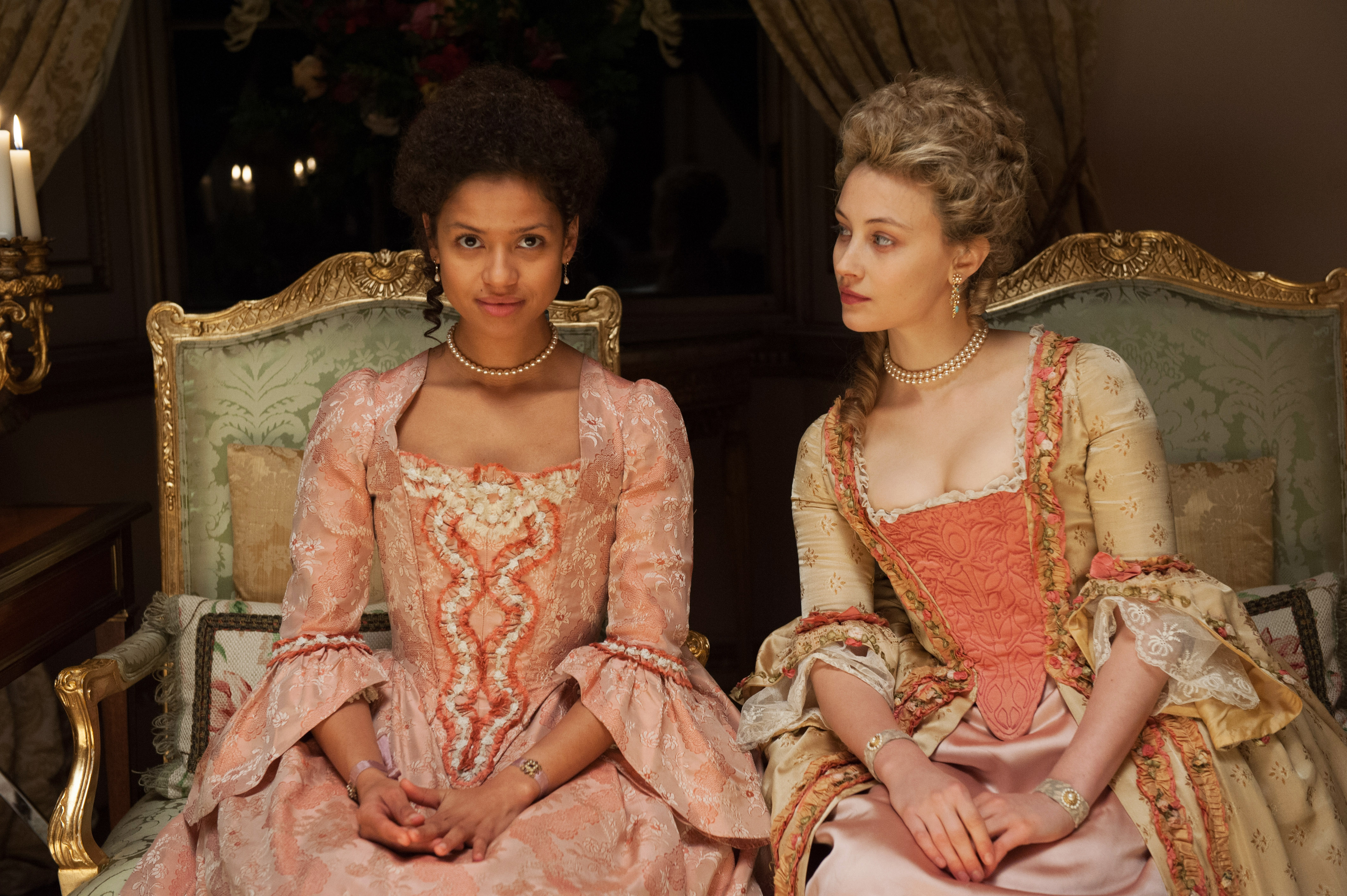 It’s refreshing to watch a period piece not starring Keira Knightley.  Don’t get me wrong, I’m a big fan, I think she does her best work in Victorian epics and the like.  Pride & Prejudice, The Duchess, Anna Karenina; all great costume films that tell more about an era than they do about anything else.  You’ve got to be in a certain place to enjoy a period piece, ready to watch a time capsule and hope for a bit of plot.  Keira Knightley does well in these movies because she’s a classic beauty and a solid actress, able to blend into the times & dresses that she finds herself in.  But regardless of her talent, it gets a little old after a while and it’d be nice to see some fresh faces in the roles that she always takes.  Enter Gugu.  I know, odd name, but here is an actress who is just stepping into her own and could fill the Elizabethan void.  In Belle, she plays a historical catalyst, a woman who changed the world.

Dido Elizabeth Belle Lindsay, a child of love, but not of specific place.  Her mother was African, now dead, her father an English aristocrat, about to set sail for foreign lands.  Through the right of her name, she may enter into society under the protection of her family.  But she is still a Mulatto, a half-breed, an outsider, a girl who is taught her proper place, which doesn’t include the family table when guests are dining.  Torn between the wealthy family that she loves and the blood that darkened her skin, Belle finds herself a woman without a country.  When she comes of age, she & her bosom cousin Elizabeth Murray must enter into the adult world, a place where women are mere property, to be married off for dowries and titles.  But when true love enters the picture, the standard practices are tossed aside and the future is open to change, however painful that might be.

Belle is a true story, not only the tale of a young woman but of a pivotal time in English history.  The slave trade being such a giant industry, matters of mixed race and marriage were important issues, as well as the definition of human merchandise and the legality of such a label.  It’s a fascinating story just from that perspective, made even more so by adding in a romantic element, one that at least partially happened.  Every actor helped to create a story that was believable, a period piece that not only painting a picture but entertained as well.  The dress, the language, the set; everything came together to look & feel authentic.  And the language was definitely period, very formal, which could have been very off-putting.  But the actors sold the lines, used body language to exhibit emotion, even when their words were totally emotionless.  Mbatha-Raw & Wilkinson each delivered excellent characters and pushed the pace of the film, creating a movie that was both educational and enjoyable.