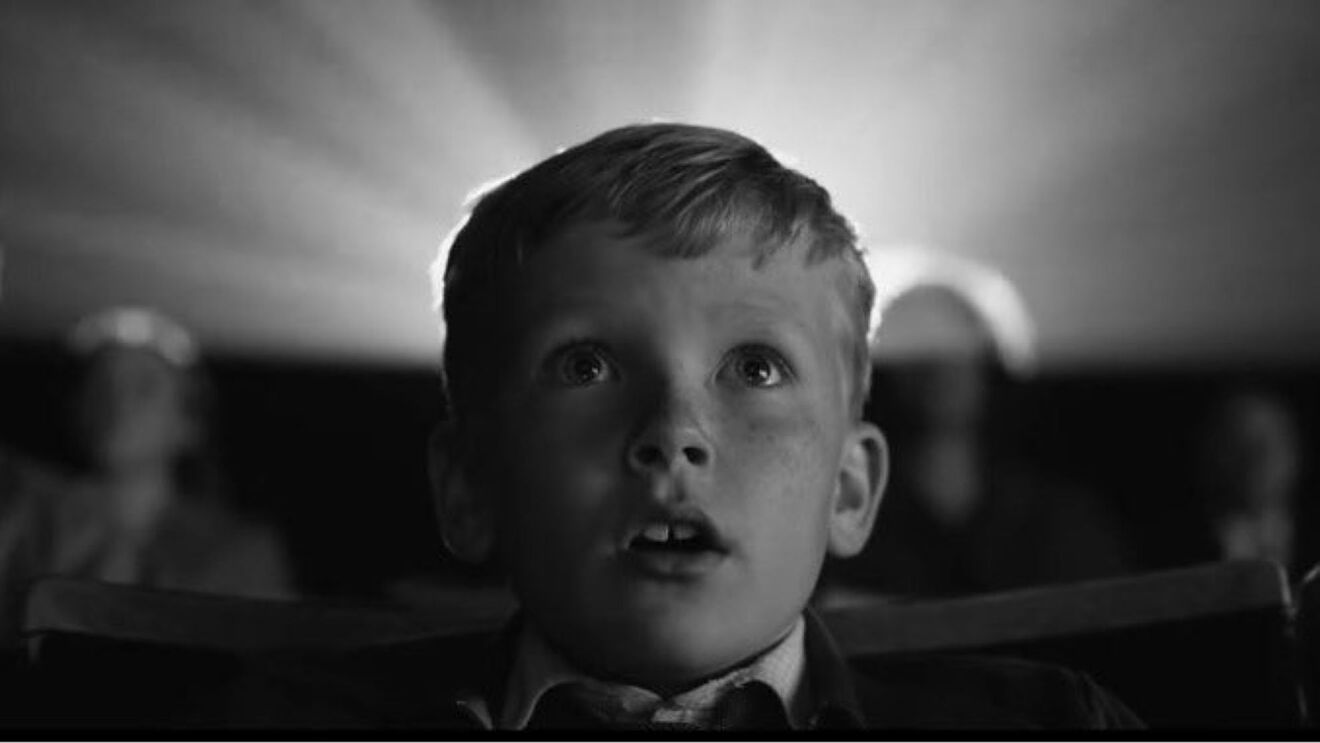 Belfast is like if Jojo Rabbit had been good.  Don’t get me wrong, Taika Waititi is one of my favorite directors, I promise I’ve been a fan long before he got famous, but his attempt at mixing humor & history, growing up & branching out, was shockingly poor, embarrassingly timid, and just didn’t work.  Here, Kenneth Branagh shows him how it’s done; how to combine happy with sad, war with romance, childhood with history, with room even for a little fantasy & heartbreak.  Belfast is one of the best of the year, Top Ten for sure, and should be an example for later of exactly what to do.

Buddy lives with his family in Belfast, Northern Ireland, and is growing up during the beginning of the Troubles, the political, social, and religious conflict that made the region a war zone for thirty years.  His father worked in construction and was forced to head abroad to find jobs, as there were none at home, leaving Buddy, his brother, and his mother fend for themselves quite often.  But they were never alone; in Belfast, in their neighborhood, everyone knew everyone, and Catholics & Protestants lived together peacefully.  The world pressed in though, with its hates and its dangers, and Buddy, with his family, was forced to consider leaving their home; to find happiness outside Ireland and to always miss those they left behind.

If Jojo Rabbit left me cold, a similar feeling/set up/experience in Belfast warmed me to my very soul.  I might be comparing them too much in my head, but they do have a lot in common, and my disappointment in the first made me extra glad that the second didn’t let me down at all.  It was simply lovely; spectacular music, beautiful people, awesome accents, a moment in history to never forget, a boy through whose eyes we see it unfold, and a family that never gave up.  This is Branagh’s story, his experience, and it feels extremely personal, while also being educational and impactful.  I felt like I could feel the emotions the characters were portraying, they were all so wonderful, and I wanted them all to be well so badly.  With just a hint of fantasy amid the brutal reality, Belfast tells us a tale of growing up during chaos, and the bonds of love that protect us from so much.  An Oscar front runner for sure, Belfast receives most of my heart and all of my support.