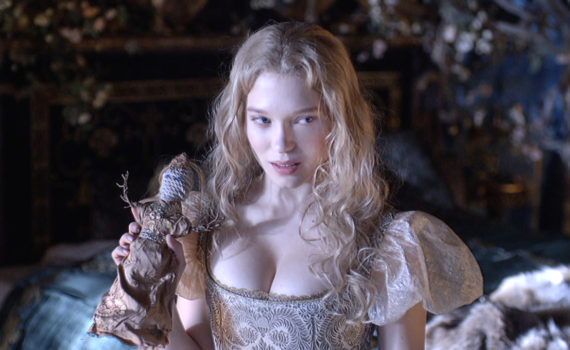 A tale as old as time, as they say, and the story has been redone so often that it has begun to lose its sparkle.  Disney even redid their own retelling, which might have been a step too far, even if I enjoyed the movie as whole, especially Dan Stevens as the Beast.  But I digress, mostly becomes he’s dreamy and Evermore is an awesome ballad.  Anyway, we all know the story, but it’s a French tale to begin with, so why not let some talented Frenchmen (and women) give it a go.  It may not be musical, but it is magical, and you’ll be surprised by the originality of what on the surface looks like just another fantasy film.  This version is fanciful, but it is also enjoyable, so don’t write it off too quickly.

A lovely girl named Belle lives with her wealthy family, her father being a merchant of great repute.  But when his ships sink, the family is left with nothing, paupers when a day before they were princes.  They move to the country to a place they can afford, the father, the three brothers, and the three sisters.  Belle is beautiful in both appearance and in temperament, never complaining that life has changed so much.  When her father goes to buy trivialities for his other daughters, Belle asks only for a single rose, a present he is glad to bring back.  But when he takes it from an enchanted castle, the price is his life, or Belle’s, when she decides to take his place.  The Beast who lives there has a secret that holds him back from love, instead wallowing in self pity as the years pass by.  Belle’s compassion brings out his best, and the story of his past, until she begins to fall in love with this creature who was once both more and less.

This version is slightly different from what we know from Disney, bringing in some of the original tale; the merchant, the ships, the six children.  But then it goes out on its own branch, with a story about the Beast’s lost love that has haunted him until the day he meets and then falls for Belle.  There’s a Gaston-like character, but a different plot there, so expect some variety, but also enough to recognize.  The whole film is done in a fantastic style, with vivid colors and over-the-top extravagances, but in a way that is really fun to watch.  Lea Seydoux is an odd choice for Belle because she has such a strong presence, but it somehow works, as does Vincent Cassel as the Beast, which shouldn’t be a surprise at all since he’s insanely talented. Enjoy the visuals and the opulence, as well as the dream sequences where we learn the Beast’s backstory, those are very enticing portions of the tale.  Basically, have fun with something a little different and you might surprise yourself.