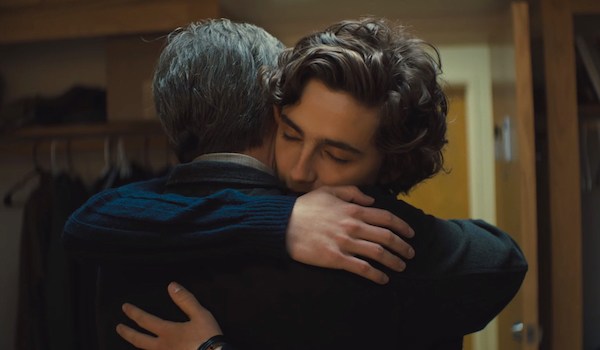 With a heart-burdening true story about addiction experienced from two sides, Beautiful Boy was immediately poised as an Oscar-contender upon its release.  Its trailers had us weeping in our seats before it even came out, and for anyone who has ever dealt with a drug addition themselves or in their family, this dramatized account of true life seemed almost too heavy and real to bear.  On top of that, no young actor is currently more powerful than Timothee Chalamet, both in performance and in momentum; he was the perfect choice to play this part correctly and in the necessary style.  I only wish that the final product, the sitting down and viewing, had been as impressive as the preparation, for while Beautiful Boy is unarguably moving, its also far too unsupported to be considered an incredible film.

Based on the dual memoirs of father and son David and Nic Sheff, Beautiful Boy is a tale of disease and choice, of habit and home, and of the terrible moments in life that only serve to show how strong the family bond can be.  David and his wife Vicki were divorced when their only son Nic was quite young, sharing him between two cities and two worlds in a way that no child should have to be split.  But he grew up strong, smart, independent, hungry for knowledge and experiences and deep emotions, which perhaps led him down a path toward narcotics, searching for an ever-impressive feeling.  In and out of rehab, disappearing for months, changing decisions on a whim; Nic’s life was out of control, and there was only ever so much that his parents could do.  Now with a new wife and two young children, David would be forced to decide how far his support should reach, how much was too much, and what could ever make him abandon his beloved son to the unforgiving streets and to his quickly impending death. That this story is true, that these stories are true, is almost too much to take in.  It’s almost more than we can handle, the job of watching a family be torn apart, a son slowly kill himself, a father standing helplessly by.  But it’s also so important that we see this, that we understand what addiction looks like from inside a home, that we start to conceptualize the duality of disease and choice, how they exist at the same time in the same body.  Beautiful Boy puts that all on display for us, unapologetically and in raw form, so that we can live through it ourselves (at least as far as possible), so that we learn something from some one else’s life-long struggle.  If you know someone like Nic, if you are someone like Nic, there’s a message of hope and support here, somewhere underneath all the despair, that you really need to hear.

That doesn’t mean that the cast and crew deliver the message seamlessly, but at least they tried, and while that may seem juvenile, I don’t think it’s foolishly naive to be proud of a movie that isn’t afraid to show the ugliest sides of something but also the love inherent within the struggle.  But back to it; I wish the film and, more specifically, the plot had been a bit better supported, because more than one amazing actor was needed to carry the entire project across the finish line.  And Chalamet is that good; he puts every actor in every other scene in which he appears next to them to shame, he’s simply so overwhelmingly special.  He just wasn’t enough, he couldn’t do it all on his own, and while I even think he should get an Oscar nod, I don’t think anyone can say the same about anything else.  The action was repetitive and tired, the pace choppy and amateur, Carell was never up to the task given him, and the actresses in the movie were all, across the board, horrible: Maura Tierney, Amy Ryan, Kaitlyn Dever.  Beautiful Boy is a misfire if you look at it as a contender, a potential success if you look at it as a helping hand, so its quality depends on your expectations, which is not, as you know, new.