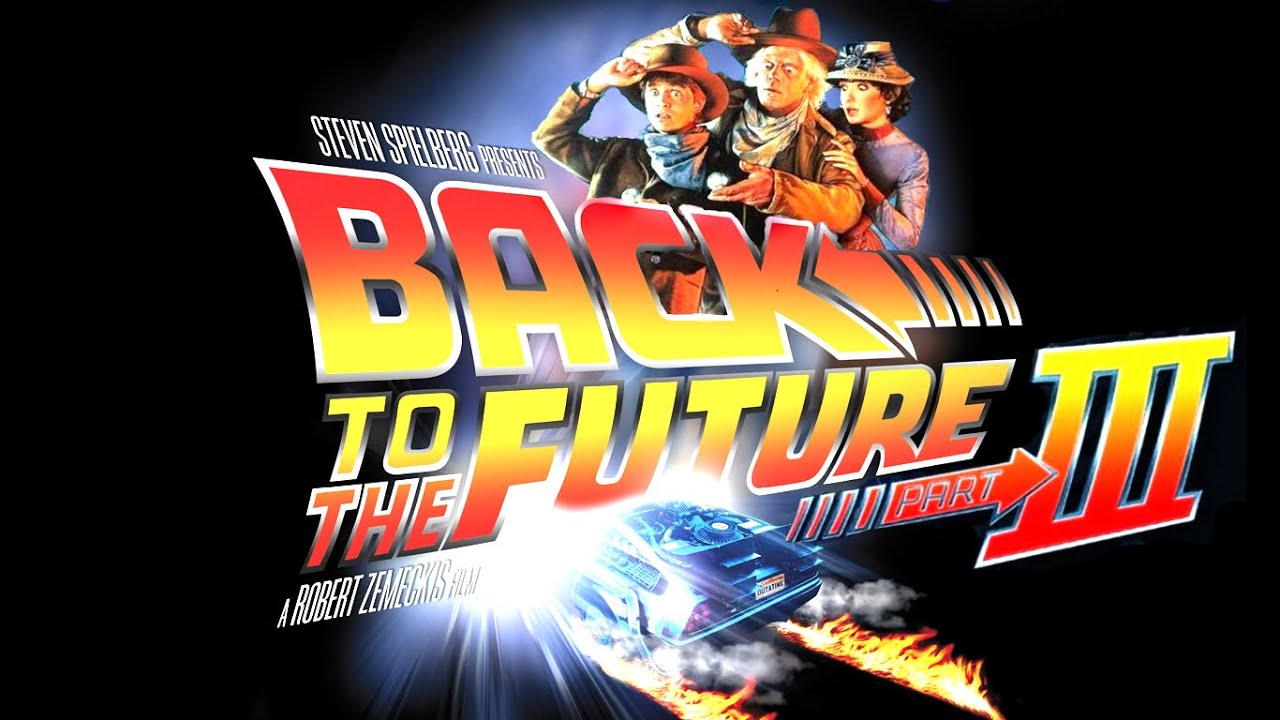 The best thing about Back to the Future Part III is that it’s a compilation of Part I & Part II, tying up all the loose ends and laying to rest a lot of the teases we saw in the first two films and didn’t even recognize as such at the time.  It takes Part III to really appreciate the scope of the series and the ability to create a complicated (if sometimes illogical) story line that’s both enjoyable and creative.  In that way, the final episode is a step up from the sequel, especially because the sequel is so silly, but not quite a match for the original, which is basically perfect.  What Spielberg & Zemeckis were able to do with this trilogy is pretty amazing, especially given the time period, and the talent that was on display doesn’t come along very often, so appreciate this franchise for what it gave us and how much we can still revel in it all these years later.

First Marty accidentally when into the past and endangered his own existence.  Then he went forward into the future which caused Biff to go back in the past and endanger the world.  Now his escapades have put Doc Brown’s life in jeopardy and he’ll have to go back all the way to 1885 to save the mas scientist from getting himself killed Wild West style.  Marty knows that Doc is back a hundred years, but he’ll need the help of 1955 Doc in order to get there and save his friend.  It won’t be easy, since the time machine wasn’t built for that era, and getting back will be tricky, but they’ve been in hairy spots before.  But this time outlaws are involved, including Biff’s ancestor Mad Dog, who has the same mean streak, and Marty will need help from his own bloodline if he wants to survive the round trip.

Part I is spectacular, Part II is goody but fun, and Part III is a nice way to end it all, giving us all the nods we wanted, all the bows on top, all the final moments to remember for a lifetime.  The third is surprisingly strong watching it back; I was afraid it would suffer the fate of the sequel, which takes a mother to love.  But no, the third is almost as good as the first, with thrills and jokes and signature scenes to remember long after the tape stops rolling.  ZZ Top even makes a cameo, which I think is hilarious, and the cast is once again on point consistently throughout.  Fox is so great, Lloyd is perfect, I like Mary Steenburgen as Clara, and it all the action works pretty seamlessly.  The era is awesome; the trains, the guns, the clothes, the bad guys, Strickland’s great-great-whatever; magic.  And that’s the word the sums up this series really, magic, unbridled and one-of-a-kind, the type that doesn’t come around often enough.