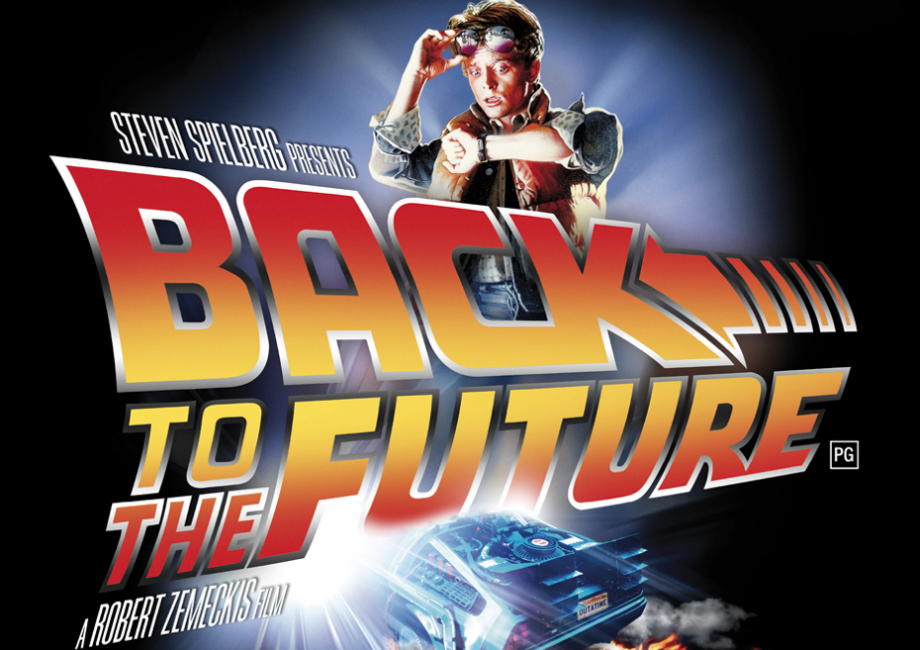 The combination of Steven Spielberg, Robert Zemeckis, and Michael J. Fox proved to be one of the most important & enjoyable moments in cinematic history, as Back to the Future became an instant legend, losing nothing of its phenomenal magic more than 30 years later.  It’s as perfect today as it was in the 80s, a pillar of smart entertainment and iconic dialogue that shines as an example for all other filmmakers to follow.  I can’t count how many times I watched this film in my younger days, but the trilogy has been on my shelf for a while now, and it was far past time to dust it off and try it again.  Luckily nothing has changed; the original is still one of the greatest movies ever produced, a grand adventure unlike any other.

Marty McFly is fairly happy with his life, even if he doesn’t live in the nicest neighborhood and his parents are the happiest people.  He’s got a pretty girlfriend who he plans to marry someday, he’s got some cool threads, his best friend is a wacky inventor who lets Marty mess around with his equipment and take care of his dog; things aren’t half bad.  But Doc Brown is about to get McFly into some trouble, thanks to some plutonium, the Libyans who want it back, and a brand new invention that actually works; a time machine.  When Doc runs afoul of the criminals he scammed to make his dream come true, Marty winds up 30 years in the past inside a time-jumping DeLorean.  Problem is, he can’t get back to the future, and his presence in the past is messing up his very existence, a paradox that he’d rather not stay to solve.

The lines, the music, the clothes, the roles, the car; I’m not sure there’s a film that more deserves the term ‘iconic’.  This movie is made up of moments we can picture in an instant, filled with scenes that defined our growing up, layered piece by piece with moving memorabilia that we can take with us wherever we go.  That’s the sign of a masterpiece, a gift to audiences that becomes far more than simple fun, becoming part of our collective experience and a bit of Americana that will never grow stale.  Michael J. Fox was in his element and in his prime; I can’t imagine anyone else in the role of Marty.  And Christopher Lloyd as Doc Brown is hilarious, while also allowing Marty to show heart, their friendship shining through all the struggle.  Huey Lewis with the songs, Lea Thompson & Crispin Glover with the driving action, Thomas F. Wilson as the most detestable villain we’ve ever seen; everything comes together to make Back to the Future a perfect example of perfect movie-making.