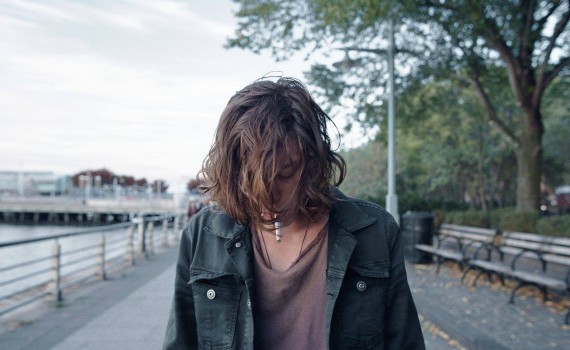 In the spirit of On the Road, but laced with hallucinogenic drugs, Asthma is a story of lost souls.  Written & directed by first-timer Jake Hoffman, the film becomes an indie journey guided by hopeless youngsters, one that attempts to stay true to the successful artists of the past (mainly Kerouac and Hunter S. Thompson), but also tries to carve out a unique niche.  Tries and fails, I might add, as the road trip becomes more of a meandering, and the existential drama becomes more of a rich kid fuck up.  It’s not a plot we haven’t seen before, not a pack of performances that will enlighten our minds, and definitely not something swallowed easily on a random Friday afternoon.

Gus is at a crossroads, a place where he must choose between three outcomes; a continuation of the addict lifestyle, an attempt to get clean, or death by noose & rafter.  He chooses the last option, but when that doesn’t work he reverts to the first, stealing a car, buying as much smack as he can, and hitting the open road.  Along for the ride is an acquaintance named Ruby, a beautiful tattoo artist on her way to a friend’s place in the country.  Why not hang out with that crowd, Gus thinks, and although the idea sounds great at first, the enjoyment of the moment doesn’t last for long.  Soon Gus needs more drugs, finds himself an unwelcome pest, and might try to kill himself again, all before one final attempt at the straight life.

Drug movies aren’t my thing, simply because I don’t take them.  I can’t relate with or appreciate what drug addicts are going through, not unless the film is presented so well that it becomes a human story rather than a druggie one.  Asthma doesn’t have enough talent behind it to command my attention to a topic I’m already predisposed to dislike, making the story a feeble attempt at telling an addict’s story rather than a compelling tale of the struggle of humanity.  Blame Hoffman for creating a mood that’s both too boring & too weird, never settling into a good rhythm.  And blame the actors (especially Ritter, who was awful) for not being able to convince me to care about their fates.  Add in odd cameos by Nick Nolte, Iggy Pop, & Rosanna Arquette, and you’ve got one strange movie without much in the way of alleviation.  The pointlessness of every action, the general depression of all involved, the drugs, the grunge, the pain; no thanks.