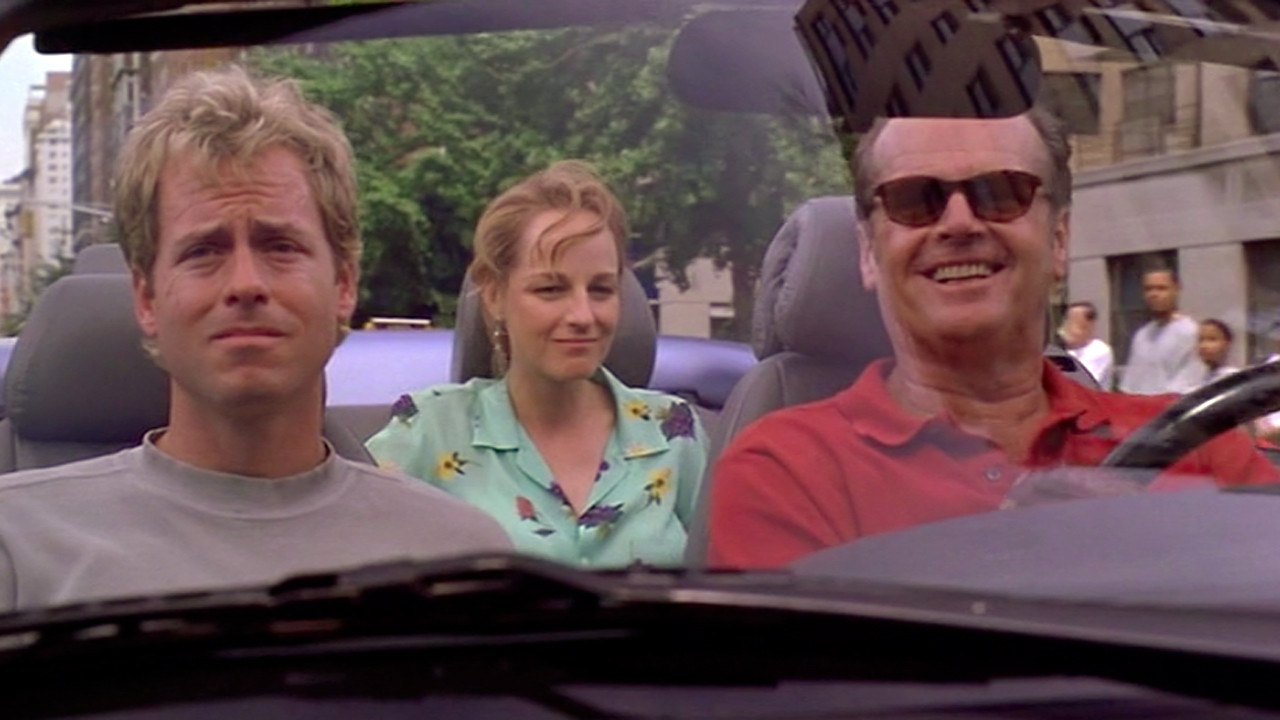 As Good as it Gets is the combination of When Harry Met Sally and What About Bob, and one of the best romantic comedies ever made.  It may also be James L. Brooks’ only good movie, as well as Nicholson’s & Hunt’s & Kinnear’s best performance in a film, so a lot of things came together to make this a success, which I guess is what it takes to make something special; catching multiple bolts of lightning in the same bottle.  We looked at mental disorders differently in the 90s than we do today, so the handling of the main character’s OCD can be forgiven a bit, the way that it’s shown that a small change can simply override a neurosis, when it’s obviously much more complicated than that.  But Nicholson does the part he was written justice, Hunt delivers magical moments the whole way through, and Kinnear is a wonderful witness to it all, guiding us through a story that is more romantic the older you get, and the better you understand flawed humanity.

Melvin Udall is obsessive-compulsive, agoraphobic, and just plain mean, his life ordered by routine and woe to anyone who changes a thing.  He’s a writer, he’s rich, he never leaves his apartment, except for going to the same restaurant every day to be waited on by the same server; Carol the Waitress.  She has a life outside the cafe, but Melvin doesn’t care about that, until her sick son pulls her away from her job and disrupts Udall’s day.  Another constant in his life, the gay artist down the hallway, is disturbed when the talented Simon is attacked and robbed, sending him to the hospital and his dog into Melvin’s apartment.  These changes affect him in uncomfortable and surprising ways, as he begins to craft an odd friendship with Simon and a massive crush on Carol.  She might return the sentiment, especially after Melvin pays for a real doctor to help her ailing son, but she can’t get past his gruff exterior, and the diagnosed condition that’s prohibiting him from really opening up.

The music, the mania, the awkward protagonist; there are a lot of similarities to What About Bob here, and I’m OK with that.  And then there’s the New York cityscape, the unlikely love, the ultimate romance; all when Harry Met Sally.  Again, I have no problem with this, it’s a combination of styles that works perfectly, from the soundtrack to the script, every piece seems methodically placed in just the right order to win us over and warm our hearts.  When I was younger, I didn’t get that exact feeling from the film, I thought it was more funny and less sad, more strange and less romantic.  But now, watching it all these years later, I look at it from a different angle, and I see the beauty in the more delicate moments, and even in the worst times.  Nicholson is iconic here, Hunt never more engaging, Kinnear a solid character, and man that dog, the cute glue that holds it all together.  There are lines here that will never be topped, “good times, noodle salad”, and cinematic memories that will never be forgotten, making As Good as it Gets almost exactly that.