Movie Review – Army of the Dead 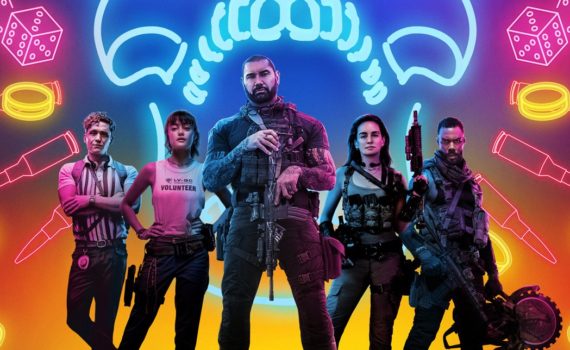 Movie Review – Army of the Dead

I liked Dawn of the Dead, 300, and Man of Steel.  I didn’t like Watchmen, Dawn of Justice, or Justice League.  So I’m neither a Zach Snyder “stan” nor a Zach Snyder “hater”, I just want to enjoy a good movie and if it isn’t good I will say so.  My attempt to stay even, as far as taste goes, is, I’m sure, only infrequently successful, but I try, and I want films to work, I don’t root for them to fail, I believe in being as honest as I can be.  I say all that to impress upon you that I have no agenda when calling Army of the Dead a complete waste of space and an utter disaster.  Snyder or not, like him or not, this movie simply isn’t good and doesn’t work well; that’s not really a matter of opinion, it’s a matter have having eyes & ears.

You’ve heard of Pride and Prejudice and Zombies?  Well, how about Siegfried and Roy and Zombies, because the undead are coming to Vegas, baby.  An outbreak of a military experiment caused a zombie apocalypse in the Nevada desert, and Las Vegas quickly becomes a kingdom of the unliving.  We win the war, wall off the entire city, it doesn’t spread, but there are still countless human-eaters living inside, a problem that is finally addressed when POTUS decides to drop a bomb and nuke the whole damn town.  But before that happens, a crack team of mercenaries is hired to sneak into Vegas, steal a bundle of casino cash, and get the hell out of there much richer than they came in.  Well, it’s not gonna go that smoothly, obviously, and most everyone will probably die; welcome to the waking afterlife, party people.

In concept and in audacity, Army of the Dead is awesome.  But that’s …it.  What starts out as silly, funny, kinda cool, really bloody, and pretty promising, quickly becomes everything you would never want from a movie, and you’d think a professional filmmaker would notice that if I did.  It’s not that Snyder is bad, it’s not that Bautista is bad, it’s not that zombies are bad; it’s that this movie wasn’t crafted correctly and the end product is more than messy, it’s downright hideous.  They simply didn’t do anything well; the weird cover music, the constant head shots, the pauses for deep conversation, the little plot holes, the wonky edits, the jokes that fell flat, the mediocre acting.  It was one giant problem, an obvious idea-gone-bad, full of bumbling cliches and clunky dialogue, until you about give up and hope everyone just dies already.