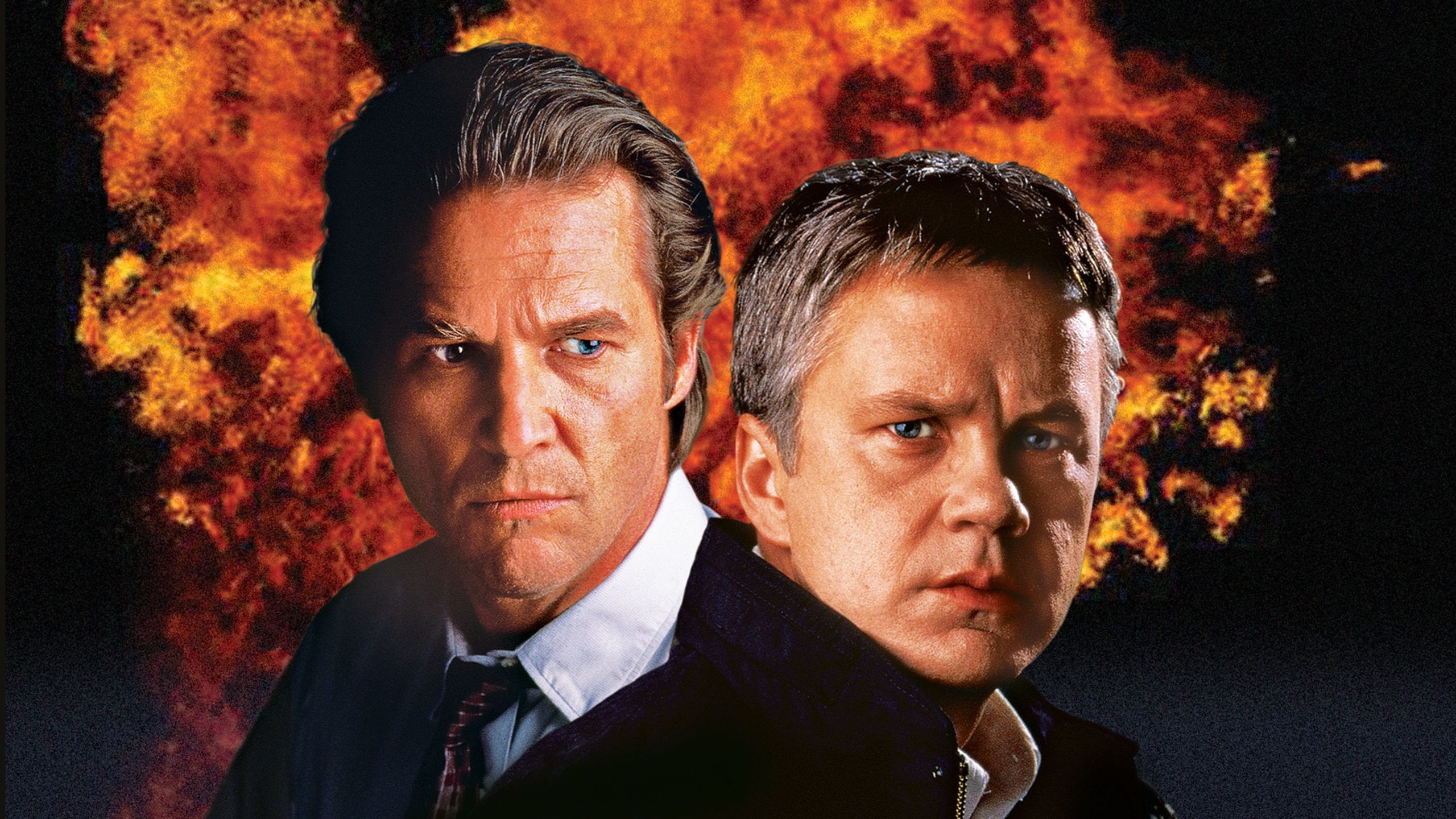 Arlington Road, unlike a lot of its 90s action contemporaries, is kinda, pretty, almost awesome.  The 90s was a wild time, anything went in cinema, we were in love with violence and suspense and conspiracies and technology and all the problems that accompanied.  But this movie stands out as a bit better than the rest, almost as if it was given a little more focused attention and a little more thought.  It’s almost Blown Away meets David Gale, but somehow stronger than both, solidified by a stellar performance from Bridges that still stands out as superb to this day.

Michael Farady is a teacher of history at GW in Washington DC, and he loves his job, teaching young people the importance of government, structure, rebellion, and terrorism, how passion has fueled the growth of our nation but how laws form the boundaries of our freedoms.  When his FBI agent wife dies on the job, his balanced outlook is put to the test, and when a new neighbor moves in across the street, his paranoia threatens to take complete control.  Oliver Lang, the seemingly boring Average Joe next door might be anything but normal, and it may take desperate acts on Faraday’s part to make sure that no one else he knows suffers his wife’s fate.

Seriously, Jeff Bridges is a genius, one of the best actors we’ve ever seen, and even though we adore him we still don’t give him all the credit that he’s due.  The guy is a master, with a voice and a demeanor that stun audiences, and he’s still going strong right now, the Dude doesn’t slow down.  He’s incredible here, and really elevates the rest of the cast, which isn’t too wonderful, so that’s to his credit as well.  He knows how to play these serious roles, these tortured souls, and he even improves on this silly genre, making this film something more than your standard thrill ride.  Arlington Road is creepy, it’s bleak, it’s weird, it’s heartbreaking, and ultimately it’s why we watch movies; to be swept away by fiction so hard that we forget that what we’re watching isn’t real.