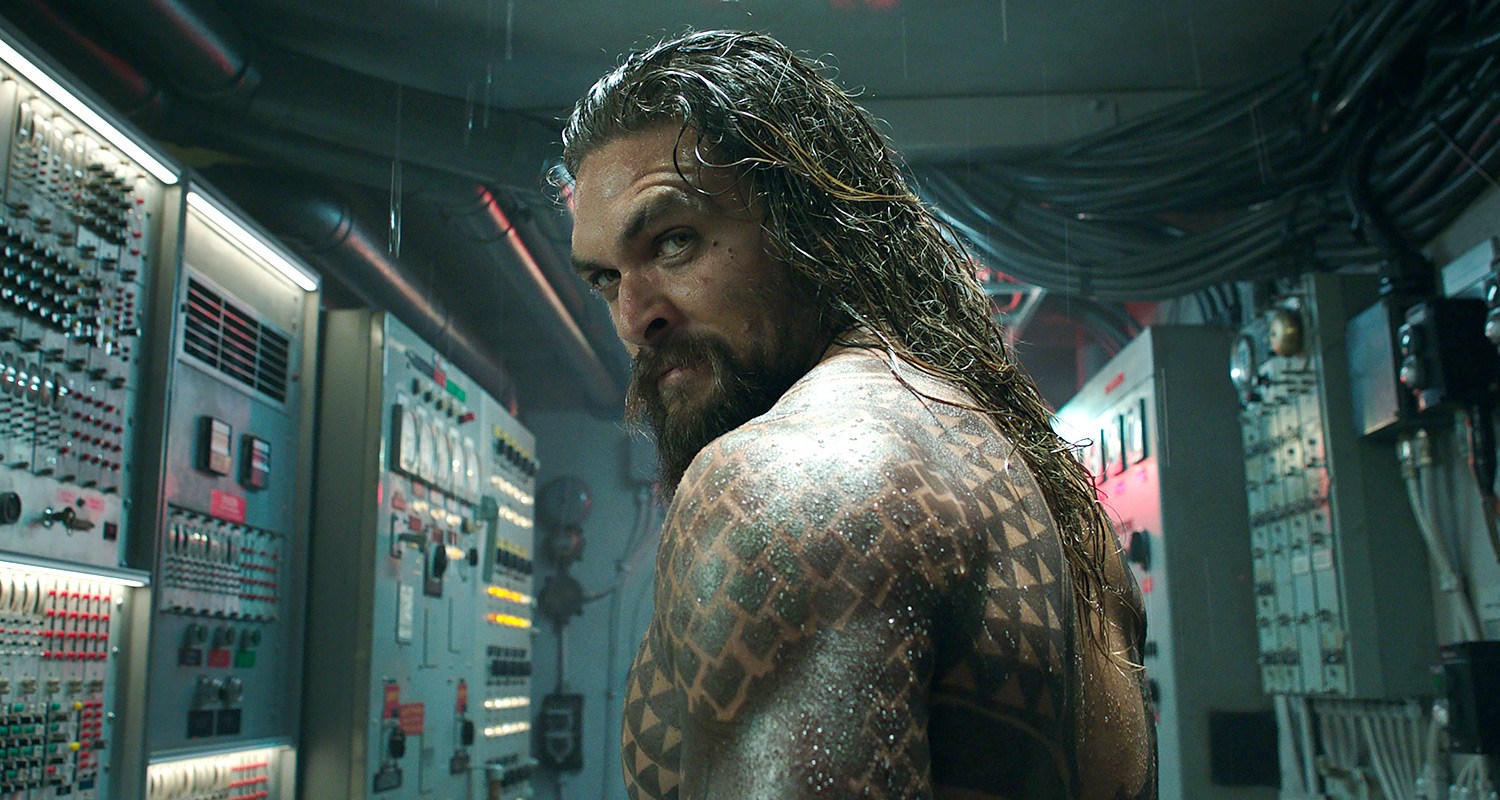 People who decry the failure of DC forget that Marvel has had its bumps as well, and took some time to get in the proverbial groove.  I’m not defending the majority of what DC has given us to this point, far from it, but Wonder Woman was a legitimate success and Aquaman looks to be a relative win as well, so perhaps this universe has found its place in the stars.  Who would have thought that Wonder Woman and Aquaman would be the figures to save the franchise that Superman and Batman put in jeopardy, but here we are, and the future could still be bright.  That’s the state of the DC union, but that’s not exactly my opinion.  While I did thoroughly enjoy Wonder Woman, I also thought that Man of Steel was strong, but I’d like to go on record as saying that Aquaman is incredibly dumb, and shouldn’t be considered the savior that it will ultimately be labeled as.

We’ve met the metahuman named Arthur Curry, the Aquaman, and have seen what he can do in battle.  But now we learn about his past, and get to see where he’s headed as his future unfurls.  Arthur’s mother and father met at a lighthouse on a stormy night.  Well, that’s much too simple; Arthur’s mother was the queen of Atlantis and she washed up on shore trying to escape an arranged marriage.  She and Tom Curry fell in love, had Arthur, but Atlanna had to leave her family when she realized that the undersea kingdom would never let her go.  Now grown, Arthur knows he’s special, has fought with the Justice League, but doesn’t want anything to do with the world that took his mother away from.  But when his half brother, King Orm, the Ocean Master, declares war on the surface world, the Aquaman will have to claim his throne to protect his adopted world.

If you ever wondered if one monotone actress with flame-red hair can ruin an otherwise passable superhero movie, the answer is yes, yes she can.  Amber Heard destroys whatever could have been successful about Aquaman, because she destroys every scene in which she appears, and she appears in a lot of them.  Her performance is flat, faky, uninspired, and terribly-written; Mera might be the worst character that has ever been introduced into a superhero franchise, or perhaps any movie ever.  But she wasn’t the only flaw, not by a long shot, she was just the most glaring.  The dialogue in the film and the choices made by the director were simply stupid; juvenile, amateur, silly, unpolished, and stupid.  The one-liners, the stately undersea kingdom talk, the “surprise” explosions that stunned the main characters time and time again; I found myself shaking my head in disgust far too often.  James Wan is a director of bad movies; why were we expecting something different this time around?

It’s not all bad; like I said, Heard wrecked what was otherwise passable and half-decent.  The biggest positive I can attach to is the visual marvel of the majority of the film, because there is a lot to be proud of when it comes to the pure spectacle.  There is a battle at the end that rivals any fantasy war scene that we’ve seen before, it’s that good, and almost makes up for the poor quality of the rest.  The colors, the weapons, the creatures; I might try turning off the sound next time, that might make it all better.  Jason Momoa doesn’t suck, that’s for sure, he’s a budding star, but unfortunately everyone around him was awful.  Heard, Dafoe, Patrick Wilson, Nicole Kidman, Dolph Lundgren; no one stepped up to the plate.  And what’s more, they were all made to look more ridiculous by swimming through water like Derek Zoolander as a Merman, by speaking stiffly which juxtaposed terribly with Momoa’s vibe, by having super-strange hairstyles, as weird as that is to say.  I didn’t hate Aquaman, it was rather fun, and I’m glad that DC might be turning a corner toward something more interesting.  But it was too long, too goofy, its cast too weak, its dialogue too lifeless, and too many mistakes were made for me to get fully on board.