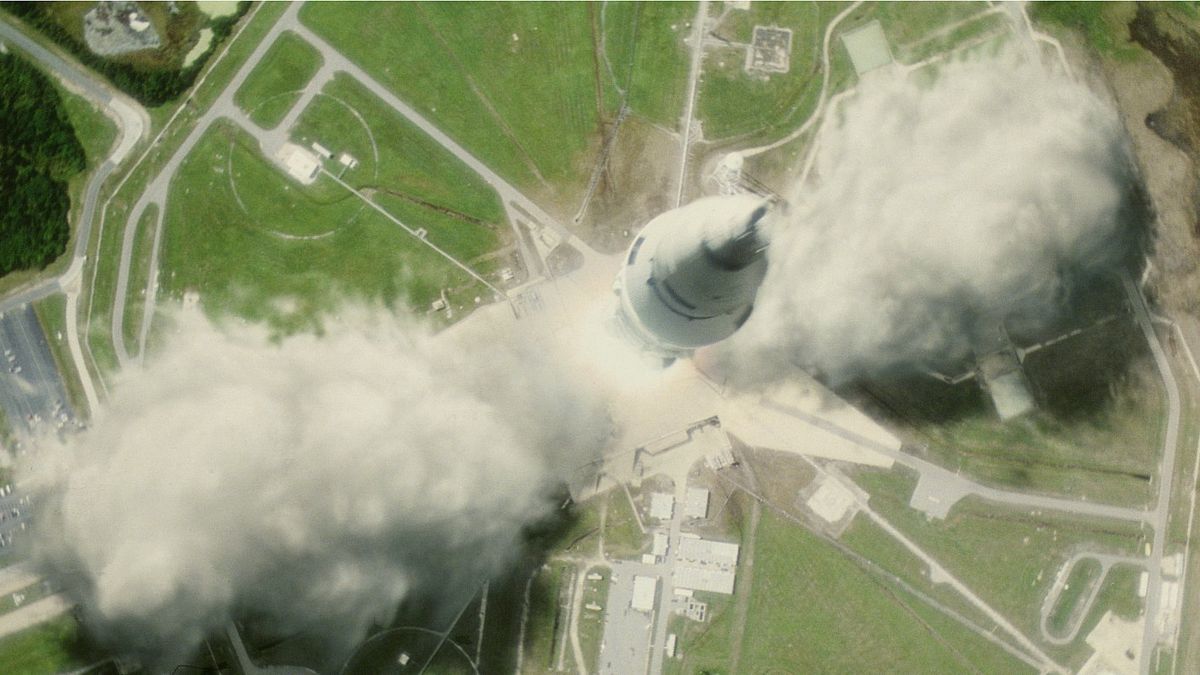 Apollo 13 was nominated for 9 Oscars, winning 2, and easily cemented itself as one of the best movies of the decade, a pillar of Hollywood that might have been even stronger than the actual quality of the film.  Don’t get me wrong, this is a fantastic feature, one of Tom Hanks’ best, and a complete 90s icon.  But after a modern rewatch, a few flaws emerge, which I will never hold fully against the film, simply because it’s so definitive.  It’s a space movie, a sci-fi action flick, a drama, a history lesson, a look at man’s endeavors in a field which we will never completely understand; there’s a lot going on here beyond checking boxes and coming up with a composite rating.  I guess what I’m trying to say is this; Apollo 13 is great, always will be, despite not being as great as we remember.

After the United States successfully landed on the Moon, the public began to question whether its space program was really necessary, whether the government needed to be spending the money on going back to a rock that we already stamped our foot upon.  But as attention waned, the program still forged ahead, manning Apollo missions to our neighboring orbital body for study and for research.  For Jim Lovell, the 13 launch was a chance to make a dream come true, to walk on the Moon one time in his life, to captain a crew that did something that very few humans had ever done before.  But the mission was cursed from the start, fitting its unlucky number, and its team would never reach their destination.  Even their return home after abort was questionable, as they quickly became lost mariners in space, trying desperately to come back to Earth.

Ron Howard is a cheesy director, that’s just his style, that’s how he crafts his films, and it’s fine but it’ll never be my exact taste.  He gets really sappy with his stories and his characters, his films becoming dramatic icons but not perhaps stirring masterpieces.  Apollo 13 is a prime example, a really great and high-quality film but not something that will shock you with emotion and with content.  Maybe the word I’m looking for is “approachable”, Howard’s films are approachable, movies for everyone, beloved classics even, just not critical wonders.  Hanks is strong, obviously, he always is, he could helm a three-hour film about plankton and we’d watch it, because we’d be sure he’d pull off the impossible.  And his supporting cast is pretty impressive too: Bill Paxton, Kevin Bacon, Gary Sinise, Ed Harris.  The images and the music from this movie are legendary, but I did find that the pace dragged a bit, watching it back, and that the same dramatic set up was used too often to be believable, resulting in my investment waining from time to time.  Still, Apollo 13 is Apollo 13, it stands on a pedestal all its own, and will probably remain there for all time.