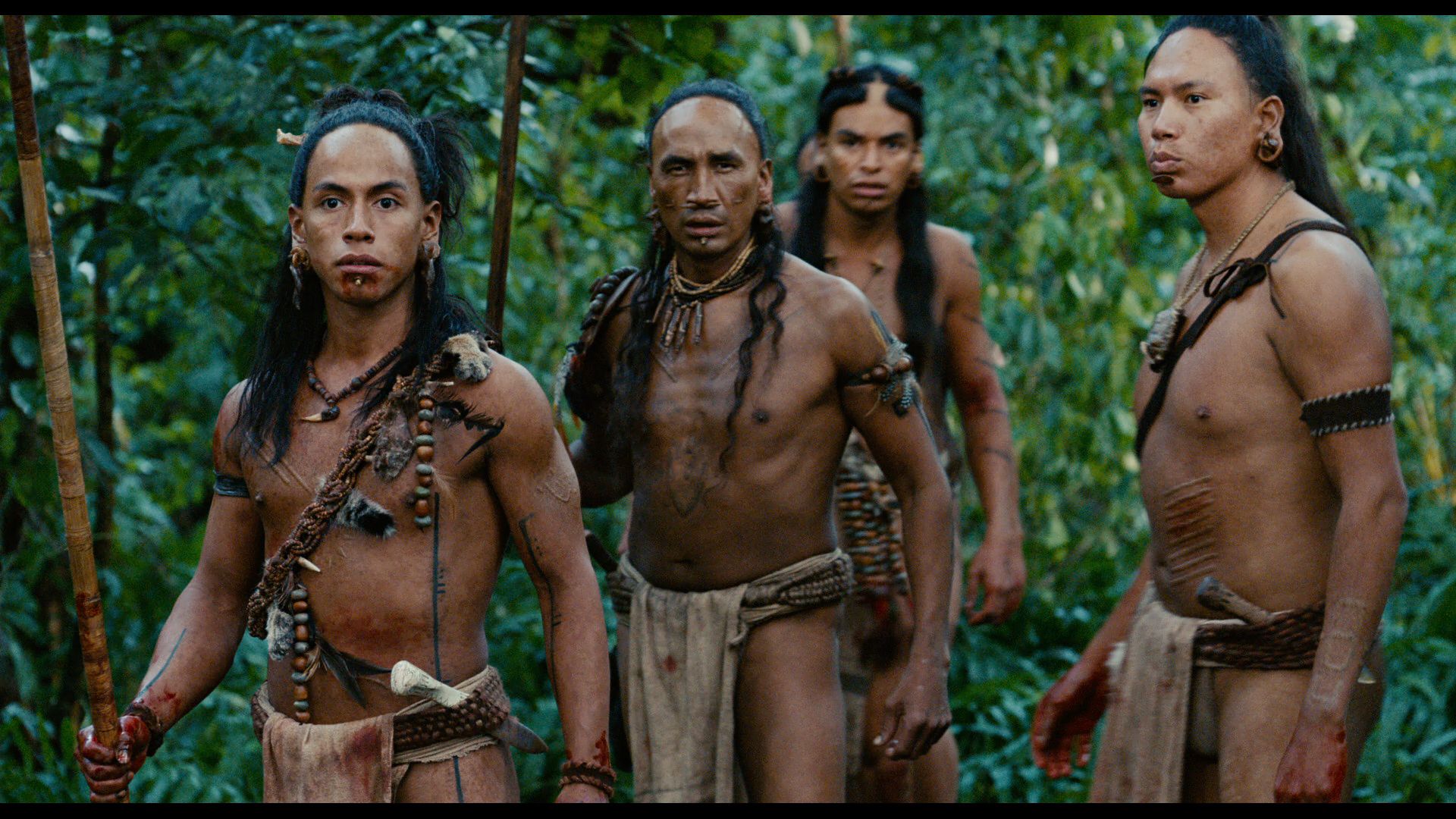 Mel Gibson’s directing style is anything but nuanced; he’s like a blunt hammer whacking away at emotion until you’re either forced to feel it or you’re dead and rather dented.  But somehow it always seems to work anyway, his films are good anyway, despite his forceful manner and his behind-the-camera antics, all of which make us not want to like him while we, at the same time, seem incapable of disliking his movies.  The Man Without a Face, Braveheart, The Passion of the Christ, Apocalypto, Hacksaw Ridge; I guess there are some misses there, but mostly that’s a list of passable and often praise-able flicks, if he has to bludgeon audiences into submission before we can admit we enjoyed what we just saw.  Apocalypto is just that; an imperfect movie with sweeping wonderment, undeniable talent, melodrama galore, but ultimately a ton of reasons to tune in.

In the jungles of Central America, during the Mayan rule of the area, native peoples live in peace in the forests, where their fathers hunted before them, and where their sons will hunt when they were gone.  Jaguar Paw, son of Flint Sky, is a brave warrior and skilled provider, and his village is happy, though an unseen change threatens on the horizon, and clouds his dreams.  On a morning much like any other, slave traders invade the village, taking any prisoner they leave alive, killing those who resist, and abandoning the children to the woods.  Jaguar Paw’s wife, son, and unborn baby are hidden, but he is captured, and taken on a journey with many others toward the great city of the powerful empire.  He swears that he will see himself free no matter the cost, that he will return to his family, and that the gods will not turn their faces from a true child of the jungle.

Apocalypto is an epic tale set in a fabled time, and it’s given the freedom to explore many places, taking us along on the unwanted adventure of the main character, letting us see this wild world firsthand.  Tapirs, monkeys, jaguars, snakes, frogs, forests, waterfalls, giant trees, famines, temples, madmen, slaves, fatal games, evil omens; there’s a lot to take it, the movie kinda makes you breathless, and it’s a constant struggle not to flinch away from the harsh style and even harsher conditions that our heroes face.  All the while the language is beautiful, the scenery is incredible, there’s a fantasy feel almost, as well as seeming slightly historic.  Gibson was able to create something majestic, and yet he couldn’t help himself from going a little over-the-top, which becomes the film’s biggest flaw.  It’s a little over-worked, but always fun, and it re-watches very well, since it’s a grand experience that truly doesn’t have many rivals.