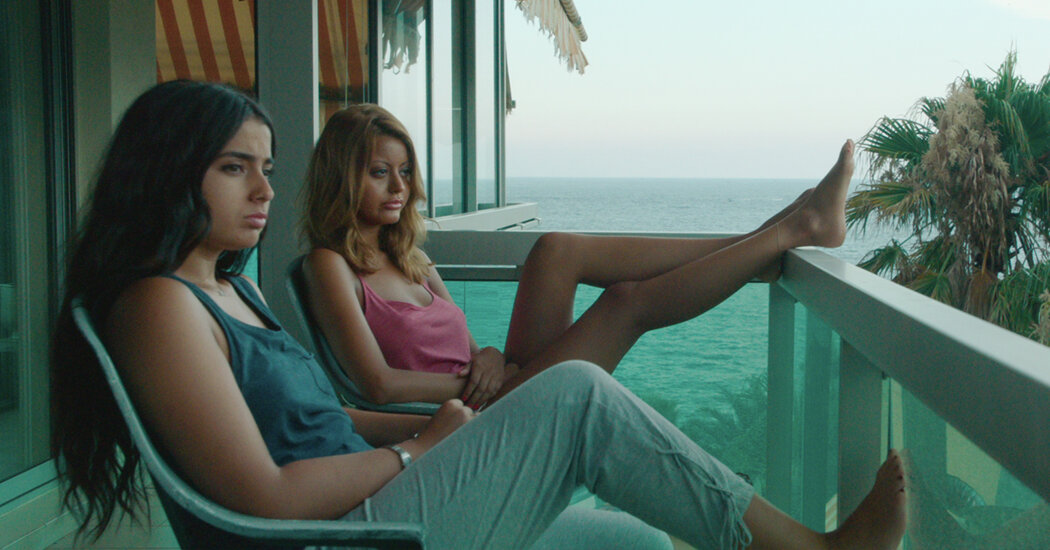 Neither Mina Farid or Zahia Dehar are film actresses; if you’re wondering what they’re doing in a movie then, all I can add is that’s a good question.  It’s bad enough making a coming-of-age flick that’s somehow simultaneously melodramatic and insanely boring, but then to cast the only two roles that matter with people who aren’t actors; that’s just wrong.  An Easy Girl is nothing more than a forced French flick that’s supposed to be saying so much while saying absolutely nothing at all, an “artistic” sexual awakening piece that only serves to put us to sleep.

Naima lives in Cannes, France, and has always lived through the summer holidays alongside the wealthy who are only there to vacation on their yachts.  Her mother works in a fancy hotel/restaurant in town, Naima just turned 16, she wants to be an actress some day, but for now she’ll just enjoy her time away from school as the tourists cruise in.  One thing will change the routine, though; her cousin Sofia has come to stay for awhile, and Sofia’s views on sexual freedom might change the way Naima has always seen her safe little world.

Bleck, what a waste.  It’s French, it’s artsy, it’s classical music, it’s champagne, it’s philosophy, it’s sexuality on the loose; all the ingredients people hate and use as a dirty word when they refer to something as “film”.  I don’t want to be on that side, I love deep meaning in my movies, but this one just gives in to all the frivolous stereotypes until your head is spinning with reasons not to watch.  And these people aren’t even actors, they’re just people, and if someone thought that would make everything more authentic boy were they wrong.  It’s dull and over-worked at the same time, a complete disaster of opulence and false messaging that never rings true because, believe it or not, audiences aren’t quite that dumb.