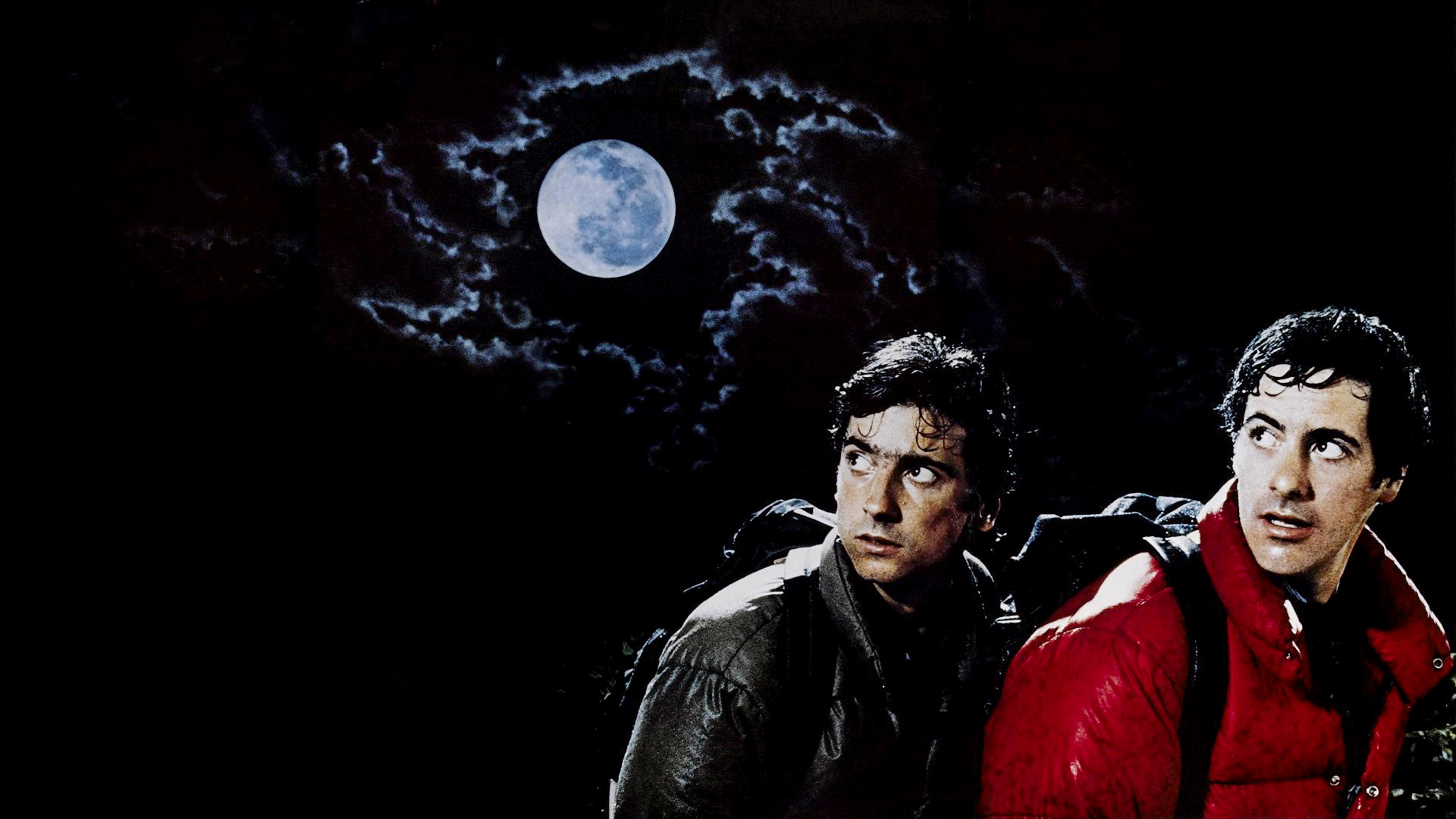 Every horror film should be this simple, and every one should star Jenny Agutter.  I fell for her in Logan’s Run, and her demeanor is perfect for this film as well, that wide-eyed wonder with a level of coolness to smooth it out, and that perfect voice to make it magic.  An American Werewolf in London is a near-perfect genre flick, a timeless marvel, and an example of how to do things right, which starts with the correct cast and ends with a bang.  This is plethora of movie marvels on display in one place, an icon that we who love the style should revisit often to help us remember what it is filmmakers should be making.

David & Jack are two Americans traveling through northern England on an adventure of a lifetime.  Little do they know how short those lives will be, as they run afoul of a werewolf on the moors near a strange town with a dark secret.  Jack is killed, David is merely injured, but he’s changed in some way, with haunting nightmares and waking dreams.  He falls hard for the nurse who cares for him, and she feels the same, but when he tries to warn her that he may be dangerous at the next full moon, she dismisses it as a side effect of his trauma.  Some side effect; beware the moon.

Horror done right and rarely matched, An American Werewolf in London is about as solid as they come.  It might slow down just a little near the end, but that’s when the creature is featured, and I guess that simply paused the human element of the story, because of course it did.  Speaking of the creature, those effects are haunting, so creepy, and you dread watching the change happen.  The acting is surprisingly good, the mood is twisted, it’s funny at odd moments, and strangely touching at others; just a well-made feature featuring gore and heart in equal measure.  This is a must-see for horror fans (or film fans) if ever there was one.