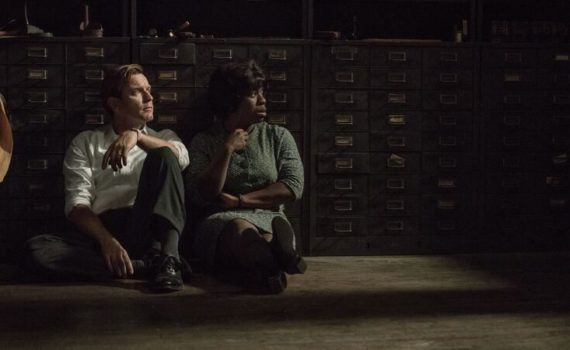 American Pastoral is an insanely frustrating case of base, talent, and marketing coming together perfectly to create something horrible instead of the magic that should have been the result.  To say that this film fails to live up to its expectations is an insult to expectations; it never came anywhere close, regardless of how wonderful is seemed from the outset.  A Philip Roth book, the incredible Ewan McGregor at the helm trying out his directoral chops, one of the more compelling trailers you will ever see, and Oscar buzz for months; the stage was set for a darkly dramatic dream, but what appeared when we pulled back the curtains was rather hideous.

‘Swede’ Levov, the high school all-American, the envy of the entire Garden State.  When he married Miss New Jersey and had a beautiful daughter, Merry, his life seemed even more perfect, even more blessed, and definitely headed toward a future that would rival Camelot.  But you can’t choose the path of those around you, and often their choices will haunt your days.  Merry, enraged by the Vietnam War, became part of a terrorist organization, going underground after the death of a local man in a bombing.  The Swede, the starting quarterback, the progressive Democrat, the employer of 80% negro workers, was also the father of an insane child who wanted to burn the world, and that became what defined him.

My first criticism is pointed at McGregor, who was in way over his head.  He made the film solely about himself, forgetting the important topics swirling around his character, directing the action to showcase what would ultimately be one of his poorest performances.  Connelly, who is usually perfect playing tortured and sexualized (Inventing the Abbotts, Requiem for a Dream, Shelter) wasn’t allowed to shine, and Fanning was almost completely shoved aside, although perhaps that was for the best.  So the movie was mishandled, but that’s still an understatement, there was much more going wrong.  The point was completely forgotten, the book was butchered, Roth’s voice was lost (watch Indignation with confidence), the direction was atrocious, and about 30 minutes in you could tell things were never going to get any better.  There is a story to tell here, there is groundwork, but unfortunately it fell into the wrong hands and became a complete disappointment, one for the record books.