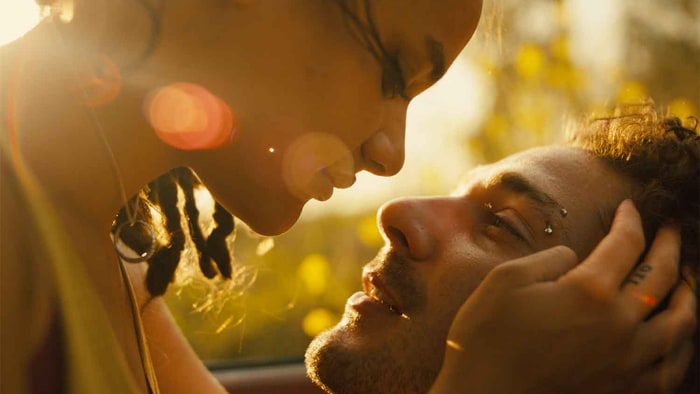 Too often we skip right past the leading ladies in the cast & crew, heading straight toward the starring dudes, which is both too easy and incredibly unfair.  Hollywood hunks and lead male roles have dominated for most of the history of cinema, but trends can change, and perhaps even now women have the confidence & support that they have never had, enough to nudge the men over a bit so that both sexes are sitting equally at the table.  I bring this up now because I almost went straight to Shia to open up my critique of this film.  He is the biggest name, he does shine here, I do love the kid, but there are four names written above, three of them are female, and that deserves mentioning before I review this fine film, an incredible achievement for all involved.

Star leads a life that many of us can understand, if not exactly relate to; poor, unloved, lonely, loaded with responsibilities and children that are not hers, hounded by a man who is a rotten excuse for a father figure.  And so when the chance comes for this young lady to take off on an adventure that she can completely call her own, Star takes it.  A group of misfits are hitting the road to sell magazines door to door, semi to semi, heading where the wind blows with no real reason to ever come home.  They are outcasts and rebels, those who don’t fit in, but they have found a wild family in the group in a van that covers the country state by state.  Star begins to fall for the lead salesman, Jake, though he’s in the pocket (and the pants) of the boss lady, Krystal.  It’s an uneven romance and an abstract American tale, but it’s all young life on display with no apologies made.

Credit to filmmaker Andrea Arnold, who directed & wrote this film, for so precisely capturing not the common adolescent experience perhaps, but one that is happening all around us, even if we choose not to see it.  For some kids, home life is worth abandoning, finding new friends can be the difference between trying and giving up, bad choices seem like good choices when all you’ve ever experienced is poverty.  It’s a compelling story told with a semblance of romance and drama, brought to life wonderfully by these crooked characters.  Lane is a newcomer and she did fine, though her “realness” is what held her up.  Shia, who I greatly admire for his determination to be different, is spectacular as Jake, and really steals the show.  There’s something oddly special about this movie, something that’s hard to define and definitely harder to harness but appears as if by magic if you have the patience and the positivity to see it.