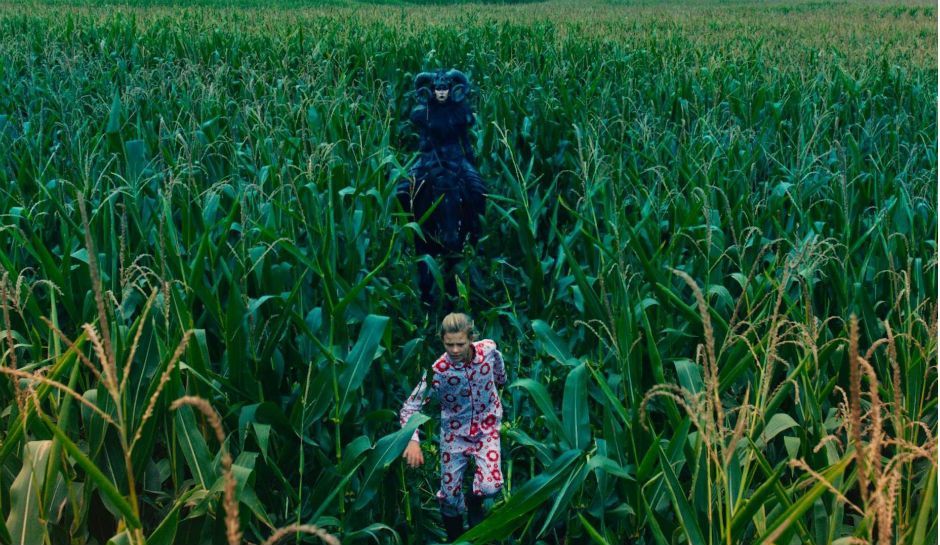 American Fable is a complete disaster from start to finish.  Its director has never directed before, its star plays a ten-year-old as a five-year-old, its leading male is best known as a football player called “Sunshine”, it copies Pan’s Labyrinth but then forgets to be like Pan’s Labyrinth, and generally it’s one of the dumbest movies I have seen in a long time, stumbling through every story arc and moral like it had been hit on the head with a blunt object.  Rarely have I watched something so incompetently done, so utterly directionless and without talent.  It’s not the idea that bothers me, or the attempt, it’s the execution, the resulting movie being like Tomorrowland without George Clooney, money, or a point.

Gitty is a farmer’s daughter, and her family is the most important thing in her life.  Next is her farm and its animals, land & responsibility passed down from generation to generation that her father won’t give up without a fight, though the bankers may come knocking at his door.  Gitty soon finds out that he’s done something sinister in order to ensure the survival of their way of life, something with an outcome that is guaranteed to be negative.  Playing near an old silo, Gitty hears a voice inside, and discovers that a man is imprisoned there for some obscure reason.  She makes friends with the stranger, trading him food and books for companionship and stories, creating a fantasy world in which no one is bad, everything works out, and endings are always happy.

First, I hated the way Kennedy played Gitty, like a tiny child stuck inside an older child’s body, making unfathomable decisions that couldn’t possibly make sense within the context of the film.  Next, every single actor around her (with the exception, perhaps, of Richard Schiff) was so god-awful that the movie literally couldn’t survive.  Her dad, her mom, her brother, some weird woman; they all were worse than I would be if I stood up right now and attempted to play Romeo and Juliet both.  Also, I mentioned Pan’s Labyrinth because every image and clip of the movie shows Gitty imagining a rider walking through the story, a representation of many things I guess, though it’s vague at best.  This fantasy barely has an impact on the film, it’s a ridiculous addition, it goes nowhere, and it should have been cleanly chopped and tossed onto the editing room floor.  Most of the film should have, actually, as the majority of it was either a bad decision or insanely bad execution.  The only thing that kept me from hating American Fable was the idea behind it, which might have actually made a nice novella had someone else much more talented concocted it.