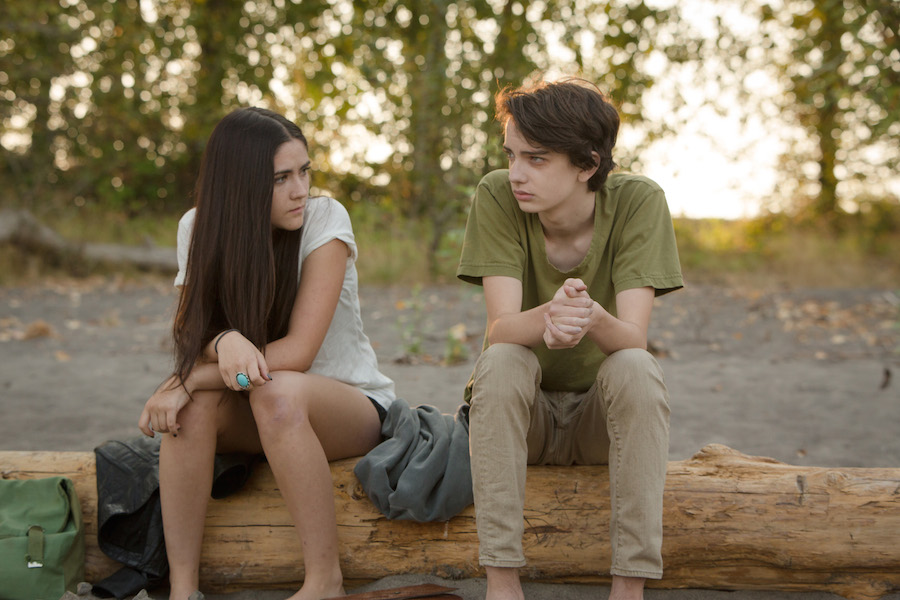 I’ve been preaching the name of Kodi Smit-McPhee like he’s the second coming and, who knows, in Hollywood perhaps he is.  Kid’s got chops, and he’s only getting better.  The Road, ParaNorman, Romeo & Juliet, Young Ones, Dawn of the Planet of the Apes, Slow West; as he ages he’s getting meatier roles and knocking each one out of the park.  He’ll also soon be Nightcrawler in X-Men: Apocalypse, so that’s cool, and I have no doubt he’ll keep heading up & up until he’s a superstar.  However (and I hate to rain on his parade), not every project that looks like solid gold when you sign the contract can turn out to be so shiny.  All the Wilderness was exactly that; a movie that seems so promising and falls so hard.

James Charm’s father just died and his world has been thrown into chaos.  He’s a gifted artist, but has started solely sketching dead animals.  He’s a brilliant student, but is fixated on telling people when they’re going to die.  He’s in therapy, has a mother who’s trying her best, might be headed to a top-notch school, but nothing feels right, the world has become a scary place, and the pain James feels inside might be enough to destroy his future.  There is hope though, and it comes in double-edged fashion.  James meets a few new friends, alternative free-thinker/spirits who just want him to be himself.  But his new self includes alcohol, drugs, petty crime; basically cramming his teenage years into a very small period of time.  He’ll have to grow up fast, accept the changes in his life, and focus on becoming the wonderful person that everyone knows he can be.

I won’t take many points away from McP for this one, because I don’t believe it was all his fault.  When I saw the trailer I was impressed, but worried that the best parts of the film were just shown to us, that there wouldn’t be anything left to fill 90 minutes.  Sadly, I was right on the money.  There were a few brilliantly poignant moments, a couple perfect scenes, but they lasted about 3 minutes total.  The rest was emotional fluff that wouldn’t fill a balloon, let alone a compelling drama.  McP was good in the most intense role of his life, but he had zero support, and so fell flat.  The adults (Virginia Madsen, Danny DeVito) were completely pointless, or at least their performances were, not helping a bit.  The director let the movie run itself into the muddy ground, not giving much aid when it was needed.  And the film as a whole was one that had too little going for it and too many problems weighing it down.  All the Wilderness is far too heavy, laden with difficult emotion but without the support to help audiences watch & accept it.  You’re better off passing on this one, looking for Kodi later on.